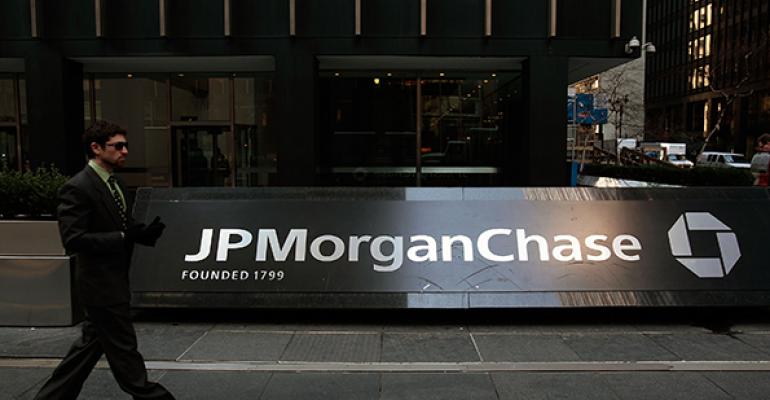 PMorgan Chase will pay $307 million to settle two U.S. government cases that charged the bank with failing to disclose certain conflicts of interest to some of its wealth management clients, U.S. regulators said on Friday.

The Securities and Exchange Commission said that two of the bank's wealth management units have agreed to admit to wrongdoing and pay $267 million to settle the charges. The bank will also pay $40 million to settle parallel charges with the Commodity Futures Trading Commission.

"We have always strived for full transparency in client communications, and in the last two years have further enhanced our disclosures in support of that goal," said Darin Oduyoye, a JPMorgan spokesman.

The settlement announcement on Friday was anticipated and the bank had previously disclosed the investigation to investors in its corporate filings.

The SEC said the bank's wealth business preferred to invest its clients in its own proprietary products, but JPMorgan failed to tell investors about this preference.

Between 2008 and 2013, that failure affected both retail mutual fund customers and high net worth clients, who invested in hedge funds and mutual funds offered through JPMorgan's private bank, the SEC said.

Julie Riewe, a co-chief of the SEC's asset management enforcement unit, said on Friday the bank also "breached its fiduciary duty" by not telling customers they were being invested in a more expensive share class of proprietary mutual funds.

The CFTC's case, meanwhile, centered on a lack of disclosure to customers in commodity-based hedge funds and mutual funds.

The CFTC said that JPMorgan's private bank did not disclose that it received performance fees from certain third-party-managed hedge funds.

"Investors are entitled to know if a bank managing their money favors placing investments in its own proprietary funds or other vehicles that generate fees for the bank," said Aitan Goelman, the head of the CFTC's enforcement division.

The law firm Labaton Sucharow revealed on Friday that one of its whistleblower clients helped tip the SEC about the bank's disclosure failures.

Under the Dodd-Frank financial reform law, that client may now petition the SEC for an award that could range from 10 percent to 30 percent of the total amount collected in the case.