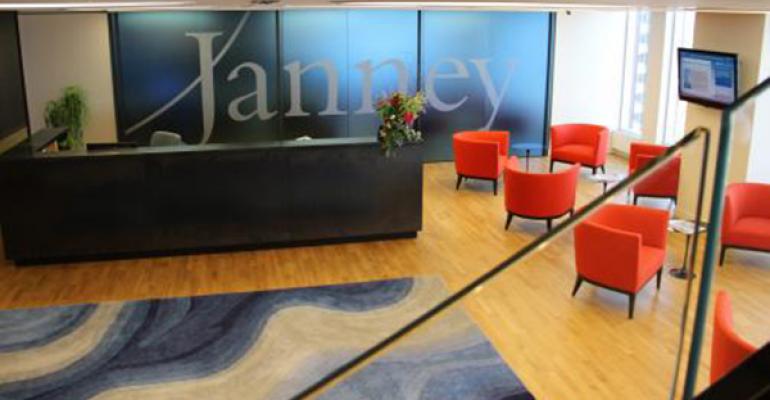 Janney Montgomery Scott, the regional broker/dealer based in Philadelphia that manages $80 billion in clients assets, hired 19 advisors and added another $3.1 billion in assets in the second quarter, keeping pace with its record growth at this time last year.

In 2017, the firm hired 65 advisors managing an aggregate of more than $6 billion.

Lombard said teams like the Glasgow Wealth Management Group are a “bit of an anomaly” and that most advisors who join Janney primarily manage private assets.

In the second quarter, the firm most new advisors came from was Wells Fargo, followed by Merrill Lynch, neither which is surprising, since Janney is often a place so-called wirehouse brokers leave to join. Louis Diamond, executive vice president and senior consultant at Diamond Consultants, a financial advisor recruiting firm, said Janney proves to be a good fit for advisors who want greater independence but don’t want to build their own firm.

"Especially with wirehouse deals at a low point, the playing field has been leveled and there is no longer such a large gap in transition packages which allows for advisors to objectively choose a firm like Janney," Diamond said.

Although, Janney is attracting other advisors now, too, even registered investment advisors.

“Our story is resonating with the street and its broadening from, historically, just the wirehouse advisors,” Lombard said. “Now we’re seeing traffic from the other regional firms and RIAs that we haven’t seen in years past.”

Janney plans to open in another new market in the third quarter in Lewes, Del., which is about an hour drive up the coast from Ocean City, Md. Lombard said the area has become a destination for retirees and, consequently, golf courses and retirement communities have popped up as the community has become more affluent.