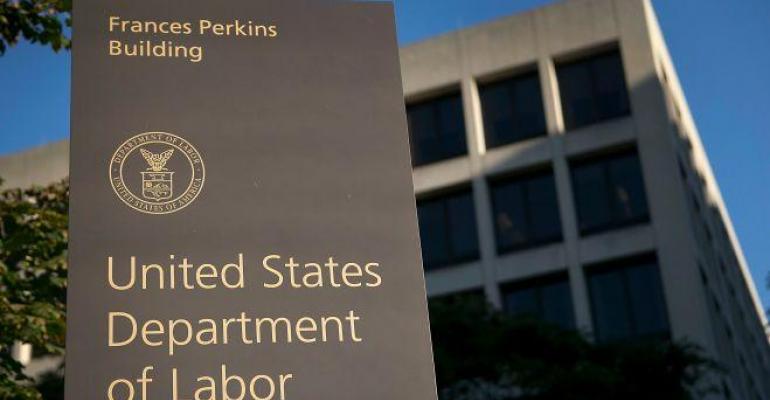 Consumer groups meet to organize support for the Department of Labor's fiduciary rule ahead of expected review.

Investor advocate groups are stepping up their lobbying efforts in support of the Department of Labor’s proposed fiduciary rule, gathering Friday morning with supporters at AARP's Washington, D.C. headquarters to talk strategy.

The Labor Department is expected to propose a rule that would require advisors overseeing retirement plans to act under a fiduciary standard, putting client interests ahead of all other considerations when making investment recommendations on accounts covered under the Employee Retirement Income Security Act.

With the new rule expected to be sent to the Office of Budget Management for review any day now, representatives from AARP, American Federation of State, County, and Municipal Employees (AFSCME), American Federation of Labor-Congress of Industrial Organizations (AFL-CIO), Better Markets, the Pension Rights Center, Americans for Financial Reform and the Consumer Federation of America sent out a mass email inviting members from allied organizations and Congressional staffers to attend a strategy meeting Friday morning.

"We will discuss in greater detail the problem under the existing regulatory system and the expected solution, as well as what steps you can take to support the effort, including grassroots mobilization, old and new media engagement, and Hill outreach," the email said. "Not to worry; you will not have to become a retirement law expert in order to effectively engage on the issue!”

The consumer advocacy groups also recently launched a website, SaveOurRetirement.com, to educate investors on the issue and “mobilize” public support. In addition, the coalition has drafted a Change.org petition that has gained traction, adding over 365 signatures since the site’s launch on Jan. 15.

“This is a strategic step toward moving forward to the DOL’s proposed rule into the public eye,” says Marcus Stanley, policy director for Americans for Financial Reform. “The industry is trying to prevent the rule from ever being proposed and there’s been a systematic misrepresentation of what the rule would be. But that tactic of misrepresentation and the exaggeration will be so much harder to do once the rule is out there,” Stanley says.

Last month, a leaked memo from White House senior advisors seemed to support a proposal from the DOL, reporting that research showed investors could be losing 10 to 15 percent of their potential retirement savings because of conflicted advice from brokers.

The consumer coalition referenced the memo in its email seeking support:

“What does this rule mean for all Americans saving for a financially secure retirement? Recent estimates (according to a memo apparently drafted by a high-ranking White House economic adviser) have found that retirement savers lose out on an astounding $6 to $17 billion a year as a result of perverse incentives for financial firms to act in ways that are harmful to their customers’ interests. With so much money at stake, it’s no surprise that the financial services industry is aggressively fighting this rule and is pulling out all the stops to prevent it from ever reaching the public comment stage.”

The industry has indeed mounted significant pushback on the issue. Industry groups such as Securities Industry and Financial Markets Association, the Financial Services Institute and the Financial Services Roundtable have taken lead roles in voicing concern about the effects of a DOL rule. They’ve argued a rule similar to the DOL’s initial proposal could limit the public’s access to quality financial advice.

FSI and others have had multiple meetings with senior White House officials over the last few months to discuss the potential impact of the regulation.