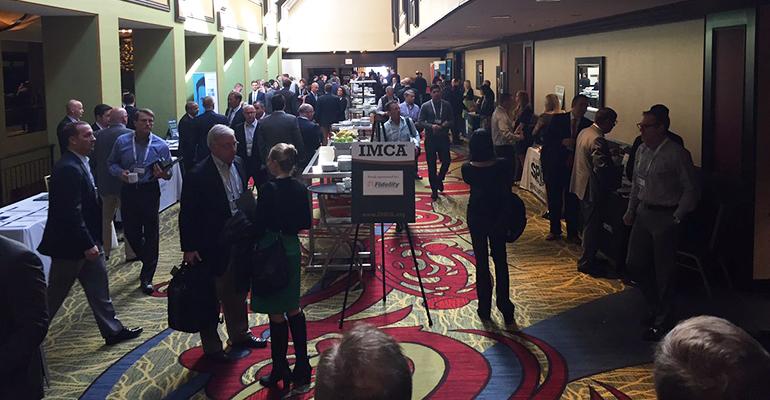 The institute is looking to establish itself as the next step after CFA and CFP.

The Investment Management Consultant’s Association (IMCA), a leading provider of continuing education for financial professionals, will rebrand itself as the Investments and Wealth Institute (IWI).

The intent behind the rebranding, announced Monday evening at IWI’s Private Wealth Conference in Chicago, is to better reflect what the institute offers today and will offer in the future, which, unsurprisingly, have both shifted some in the 30 years since its founding.

John Nersesian, IMCA’s past chair and managing director of wealth management services at Nuveen, stressed the organic nature of the change, “This isn’t a case of changing the name then changing the service to match the new mission,” he said. “As the industry has changed, the role of advisors has changed as well. We’ve responded by providing education in those new areas of demand and, based on those services, the old name no longer reflected who we we are and what we do.”

The rapid growth of the Certified Private Wealth Advisor certification was a major driver behind the changes and the institute is doubling down on it’s success, installing it alongside their Certified Investment Management Analyst designation as keystones of the institute’s advanced educational identity going forward.

IWI CEO Sean Walters explained the rationale, “From an industry standpoint there’s a lot of options for advisors who are just starting out to take that first step. Today and going forward, the IWI will be the next stage of advanced advisor development, post CFP, CFA, etc.”

The overarching message is that the rebranding is no mere cosmetic shift; the institute looks to back that position up by also unveiling a pair of major educational initiatives.

The first is an expanded collaboration with the Yale School of Management, which unsurprisinglycenters on the CPWA designation. Starting in 2018, advisors will be able to earn the much sought-after designation online and on demand.

Nersesian explains, “The problem that we have with the CPWA class, not necessarily a bad one, is the classroom size limitations. What Yale provides is, of course, the opportunity to partner with an Ivy League school, but also the online capability that will allow us to reach more people than we otherwise would have.”

Walters adds, “Today’s learner is different, they want to have different choices. This now gives students another pathway. It opens up the learning models.”

In-person class offerings will continue to be offered through the University of Chicago’s Booth School of Business.

The second initiative is the institute’s acquisition of the Retirement Management Analyst designation. The roughly 10-year-old RMA offers a unique approach to retirement income planning that focuses on a client-centered fiduciary model.

“It’s been kind of a hidden gem, I think,” Walters said. “The content is really strong, but it hasn’t been marketed out there. So we saw an opportunity to acquire it and kind of build it up as another element of that next step we’re establishing.”

“It’s not what you call yourself, it’s what you do,” Nersesian said.