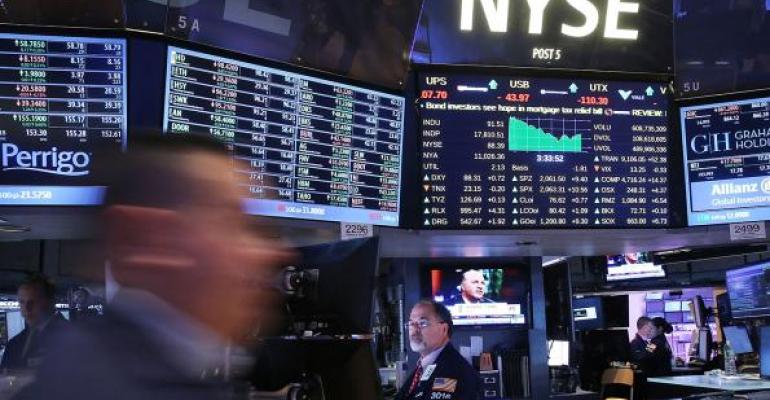 (Bloomberg) -- Across the wider world, Wall Street’s speed demons are all too often cast as the villains of the stock market.

As computerized trading firms have become the dominant buyers and sellers of equities, they’ve been blamed for exploiting investors and causing bouts of extreme volatility, and were famously portrayed by Michael Lewis as part of a rigged system in “Flash Boys.” The Bundesbank said they can help trigger flash crashes and Hillary Clinton made policing them an election issue.

But in academic circles at least, high-frequency traders are more often treated like heroes.

Since 2013, positive research has outnumbered negative by a 2-1 margin, a database search of the 30 most-cited papers on HFTs showed. Researchers found automated firms reduced trading costs, and contrary to popular opinion, improved market depth and stability. It’s a turnaround from the previous three years, when most studies were inconclusive or negative. The results were compiled with Microsoft’s search engine for academic research.

“As a whole, the literature strongly supports HFTs being a net positive,” said Jonathan Brogaard, a professor at the University of Washington and co-author of “High-Frequency Trading and Price Discovery,” which has been mentioned by other researchers more than 350 times as the most-cited paper.

The fact that the pendulum of academic opinion has swung decidedly in favor of HFTs has to do with the simple matter of having more, and better, data to analyze. Since automated trading has come to the fore only in the past decade or so, there wasn’t much information available for early researchers to study and draw historical comparisons, according to Brogaard.

The findings in his paper, written with Terrence Hendershott and Ryan Riordan, contradict a commonly held claim that HFTs make markets more fragile. They concluded the firms make them more stable and efficient, even when volatility surges, by quickly bringing prices back into line.

The second most-cited study, “Low-Latency Trading” by New York University’s Joel Hasbrouck and Gideon Saar of Cornell University, provides evidence calling into question one of the most persistent criticisms of HFTs: they use superior technology to race ahead of investor orders and profit at their expense.

The paper, which analyzed orders and executions on the Nasdaq, suggests HFTs improve market quality. They helped narrow bid-ask spreads, a measure of liquidity, and reduced short-term swings, according to the study, which has been cited 328 times.

“Years ago, somebody said ‘high-frequency trading’ and you immediately associated it with detrimental aspects and implications,” said Ryan Larson, the head of U.S. equity trading at RBC Global Asset Management, which oversees $370 billion. “It’s such a naive viewpoint now.”

Nevertheless, some say the conclusions should be taken with a grain of salt. Academia has been dogged by worries that its research can be easily tainted by the influence of, and cozy relationships with, the industries it studies. Finance is no exception.

One notable example was Knight Capital Group Inc. In mid-2012, the computerized firm’s CEO warned Congress against too much regulation, citing research that showed HFTs helped the market. The study was commissioned by Knight, and earlier that year, its lead author joined the board of a stock-exchange operator partly owned by Knight. Just months after the testimony, Knight suffered a near collapse when some automated trades went haywire.

Among the most-cited studies, it’s not unusual to see HFT researchers collaborating with finance, especially for access to key market data.

For example, Brogaard noted in his paper that Nasdaq freely provided data for academic use after he signed a non-disclosure agreement. Hasbrouck acknowledged that he was paid to teach at an undisclosed HFT firm while doing research on “Low-Latency Trading.” A disclaimer said the study wasn’t “specifically supported or funded by any organization.”

Hasbrouck says he backs efforts to increase transparency. Before the credit crisis, few researchers in finance and economics bothered with disclosing their relationships. Now, professional associations have “written up policies and we’re expected to abide by them,” he said.

For its part, Nasdaq says it actively supports academic studies and its HFT data set is widely used for market research.

“Having a lot of independent research on the market helps to inform us, the regulators, the media and the general public about what’s going on,” said Frank Hatheway, Nasdaq’s chief economist. “If there’s stuff going wrong, we want to know about it.”

The issue of conflicts of interest is still a concern, says Hendershott, a professor at the University of California, Berkeley.

“This is something we should worry about,” he said. “What should really matter is, what did the research find and was it conducted properly?”

Of course, not all HFT research is positive. In “Moore’s Law vs. Murphy’s Law: Algorithmic Trading and Its Discontents,” Andrei Kirilenko and Andrew Lo said HFTs contributed to the market drop that briefly wiped out almost $1 trillion from U.S. stocks in May 2010. Findings from the 2013 paper “The Externalities of High Frequency Trading” showed faster trading doesn’t lead to tighter spreads or more volume, but increases volatility.

For now, however, most of the heavy-hitting research sides with the computers. And whatever academia ultimately concludes about HFTs, the important thing is that lawmakers and regulators can make better use of the findings to guide their policy decisions.

“There are undoubtedly positive aspects of HFT, but it is important to keep in mind that there could be drawbacks,” Hendershott said. “Debate on HFT has gotten more thoughtful. People try to talk about it in a more nuanced way.”