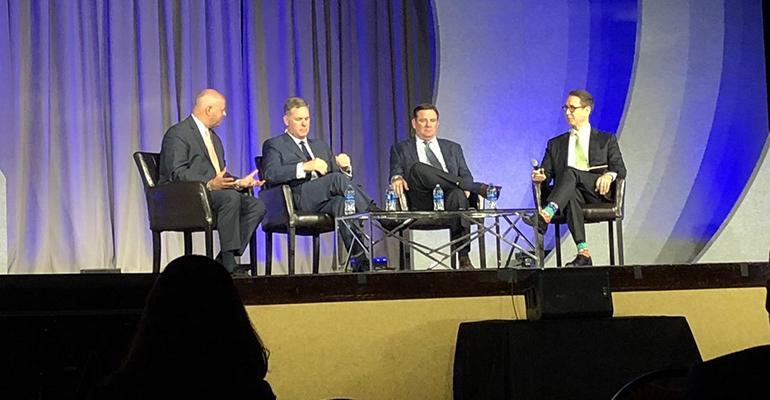 IBDs Want More Diversity, But Can’t Agree on How

Speaking at the Financial Services Institute’s OneVoice conference in Dallas, three CEOs of large independent broker/dealers agreed that the advisor workforce needs to be more diverse, but each had their own opinion on how to accomplish that.

“None of us are doing enough,” said Robert Moore, CEO of Cetera Financial Group. He said the industry will need to replace roughly 25,000 financial advisors in the next three years. Even if they were all woman, for example, the workforce would not mirror the diversity of the population.

The investment in advisors new to the industry is a significant one for firms, which typically pay them a salary throughout their, sometimes, year’s-long development, even though they might not be producing meaningful revenue, Moore said. Still, he stressed that firms need to be proactive in hiring new advisors and making sure they are diverse.

“We’re massively undershooting what needs to happen here,” Moore said. “It won’t happen if we don’t make it happen ... you have to commit to making that happen.”

Rooney recounted other paradigm shifts in the industry and pointed out that firms and advisors have naturally evolved to changes, whether they are regulatory, types of compensation or client demands.

James Poer, president and CEO of Kestra Financial, agreed with Rooney that changes in the workforce will happen naturally.

“As the face of wealth changes and evolves, and we can’t overlook the cultural components, I think the face of those of us who serve them will change and evolve,” Poer said.

However, Poer also said firms need to be proactive in making that change. One issue he raised is that as the advisor workforce ages, firms are looking for quality candidates who are interested in the career and, right now, the majority of them are white males. There aren’t enough woman and diverse individuals interested in the career to make an immediate impact.

Moore said the growing number of programs that fulfill the course requirement for the Certified Financial Planner designation “has momentum” but there are still relatively few college students studying and pursuing financial planning as a career. He also thinks there is “huge opportunity” in former members of the military becoming advisors.

“It’s an honorable and rewarding career,” he said, and advisors need to get out from underneath the shadow of the 2008 financial crisis.