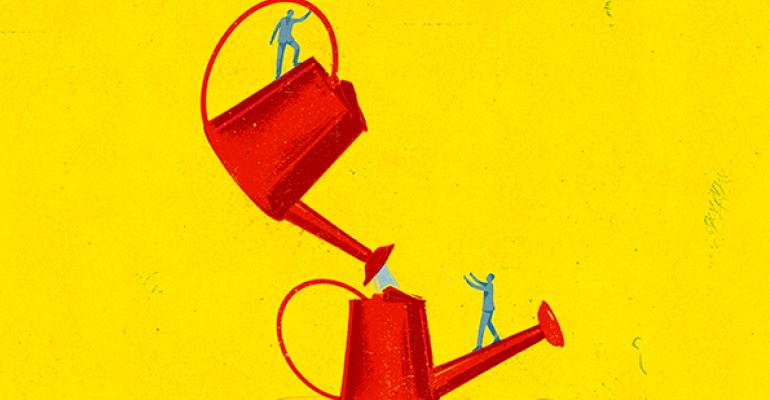 How Different Are NextGen Advisors?

This industry is quick to jump on a trend; attracting and retaining the next generation of advisors is one of the latest. Many firms host “next gen” symposiums, industry conferences are crowded with break-out sessions imploring the grey hairs to get hip to millenials, and countless consultants have thriving businesses promising to teach advisory firms how “next gen” advisors think, behave and communicate, sometimes sounding like anthropologists decoding the social rituals of a mysterious and exotic tribe. We’re told that these young financial professionals are “not your father’s financial advisor,” with different values, perspectives, expectations and communication styles.

And it’s true—up to a point. As part of our ongoing surveys of financial advisors, Wealth Management.com took the pulse of 349 advisors under the age of 45 across all channels of the industry.  On the substantive issues, it turns out that younger advisors are very much like older advisors. They are predominantly white males with a bachelor’s degree; they’re largely  satisfied with their respective firms, including its management, technology and support. They get into the business for the same reasons—job satisfaction, to work with people, to help clients make better financial choices, etc.

“I think the industry has always had a history of replicating itself,” says Tim Welsh, president and founder of Nexus Strategy in Larkspur, Calif. “People are attracted for the same reasons—the upside potential, the ability to work with people.”

Like the general advisor population at large, they’re not coming into the profession right out of college. About 67 percent of respondents said they came into the profession after working in another job—entering the advisory industry four years after leaving college, on average.

“It’s tough to come right out of school, 23 or 24, and then expect people to give you $1 million and manage assets for them,” Welsh says.

“This is definitely a business based on money. So if you look at the demographics of who has money in the U.S., it’s probably going to be very reflective of that.”

That’s a much tougher trend to change.

Editor's Note: Click on the below charts to larger versions. 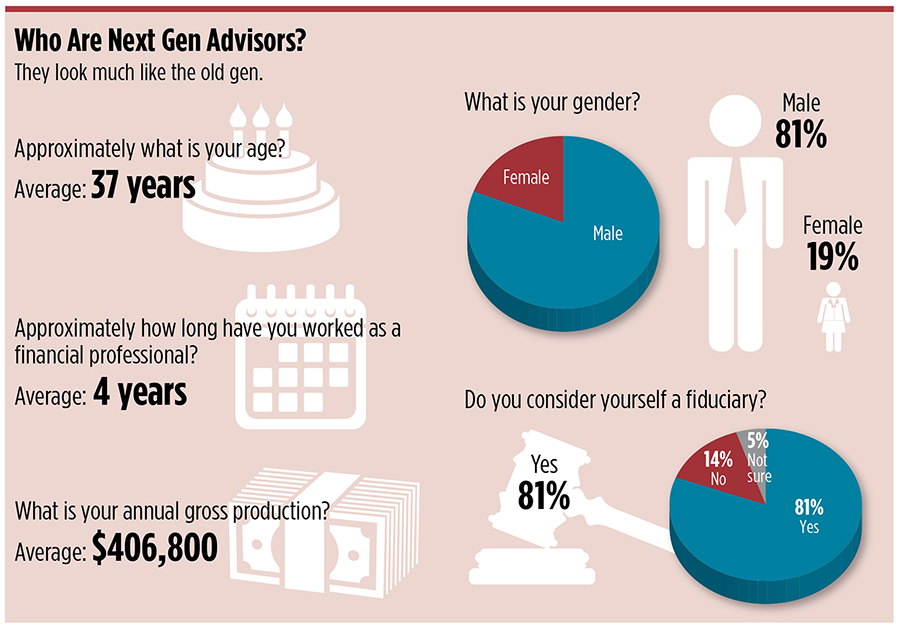 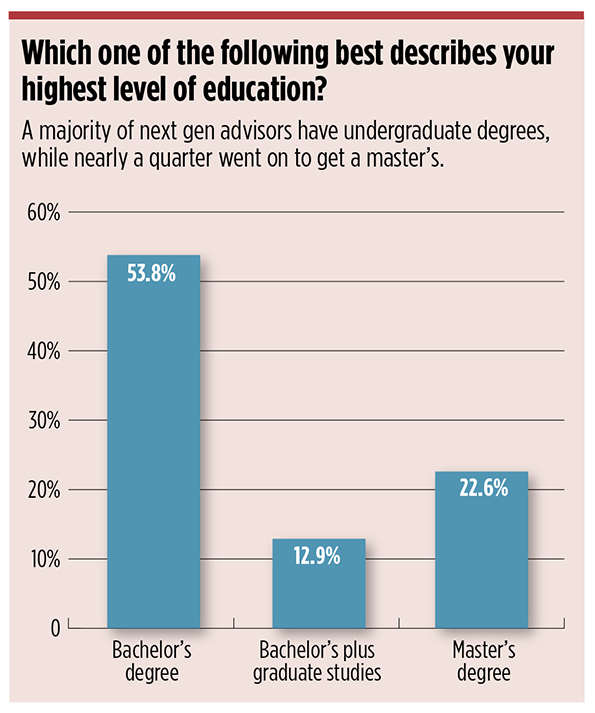 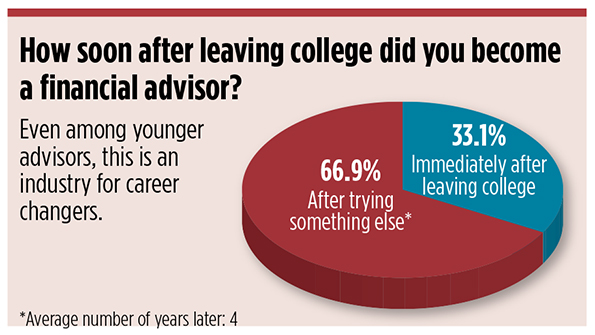 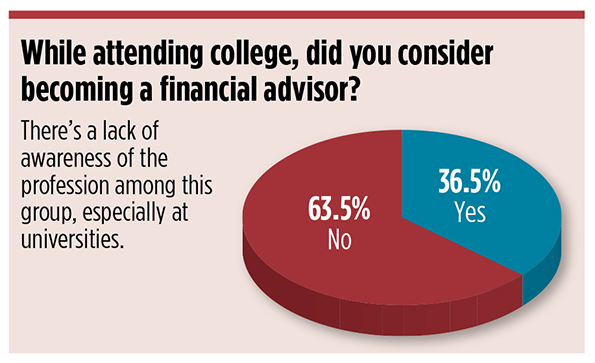 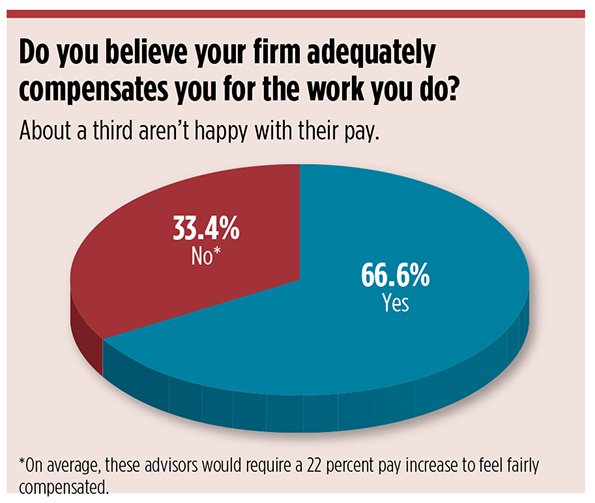 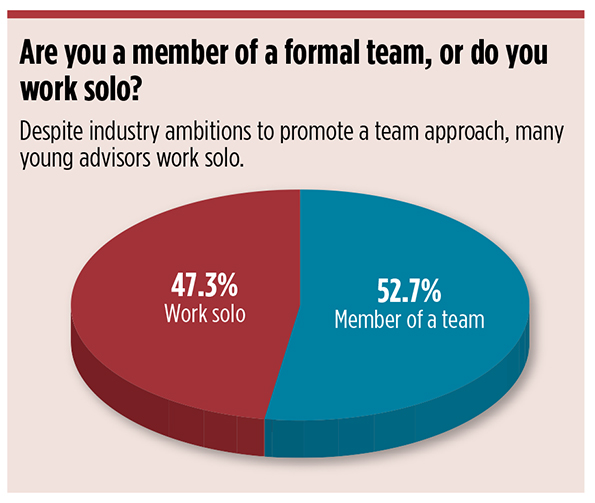 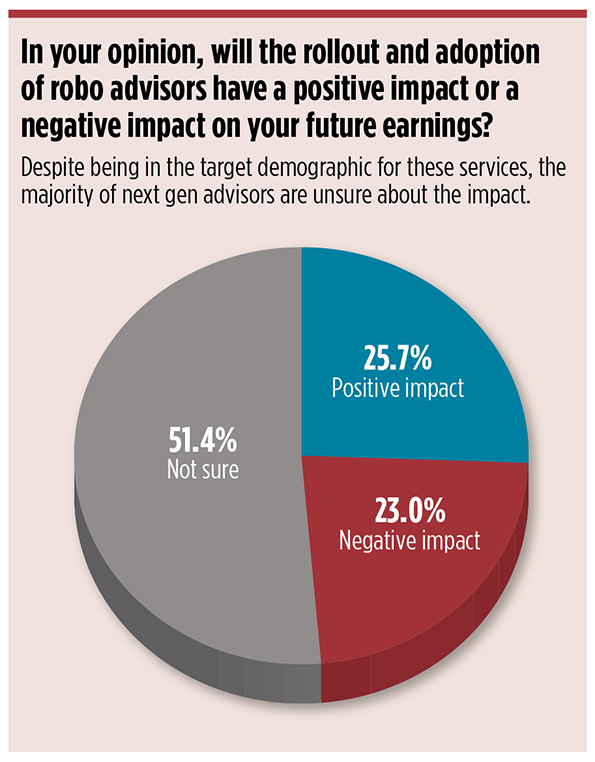 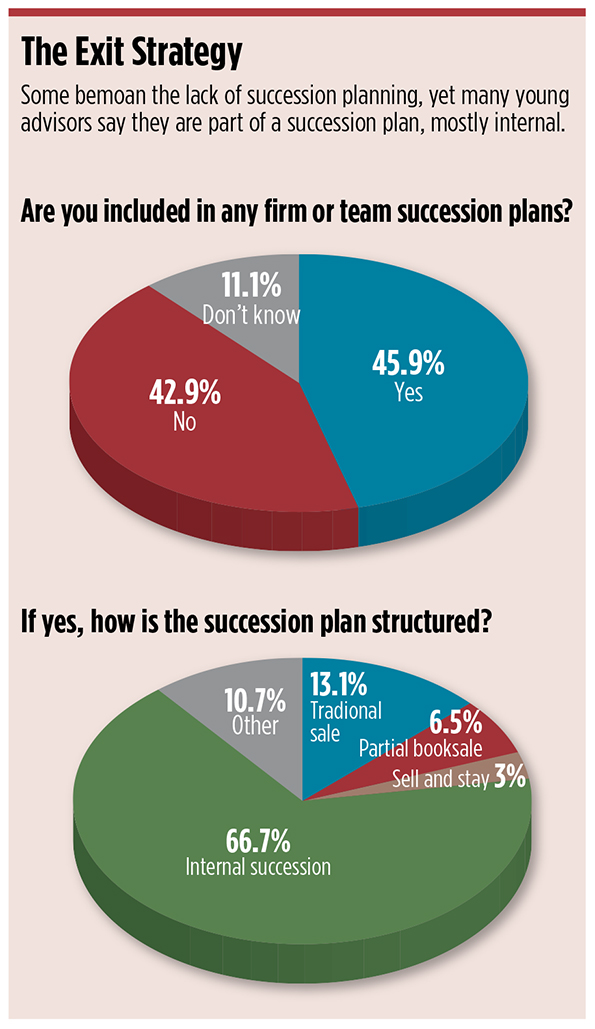 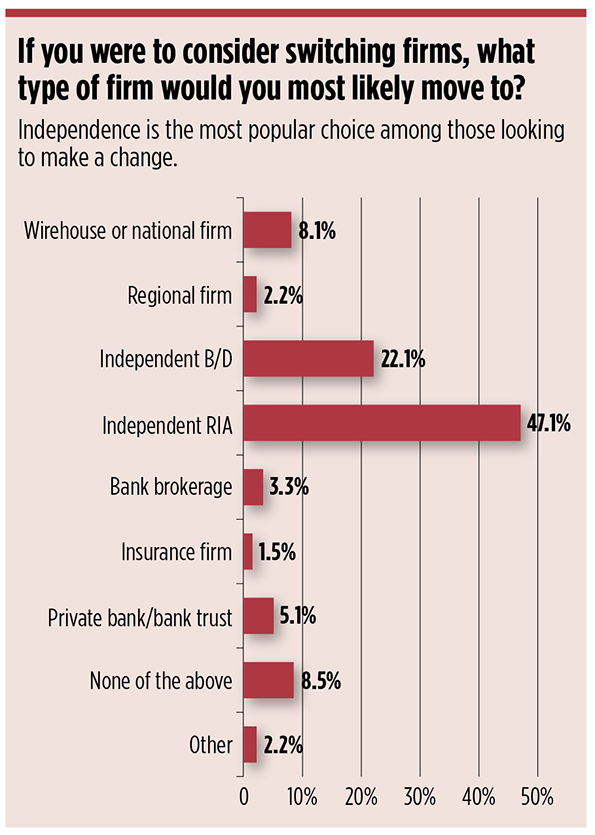 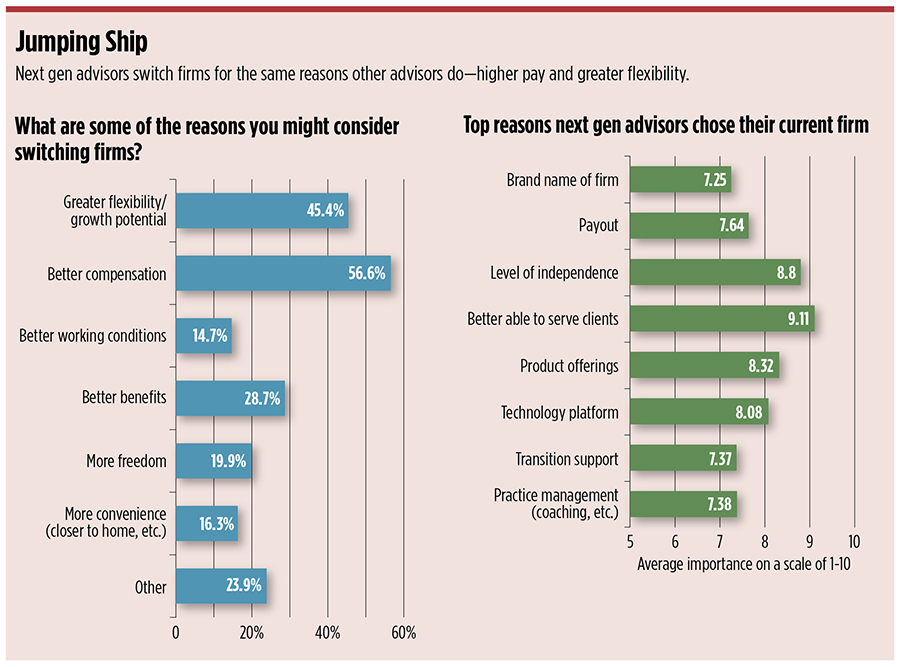 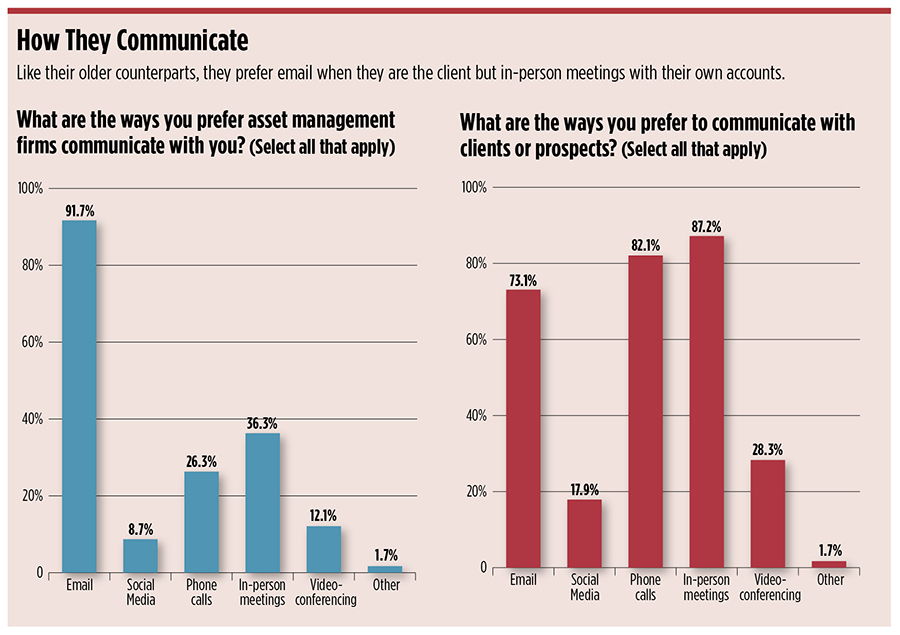 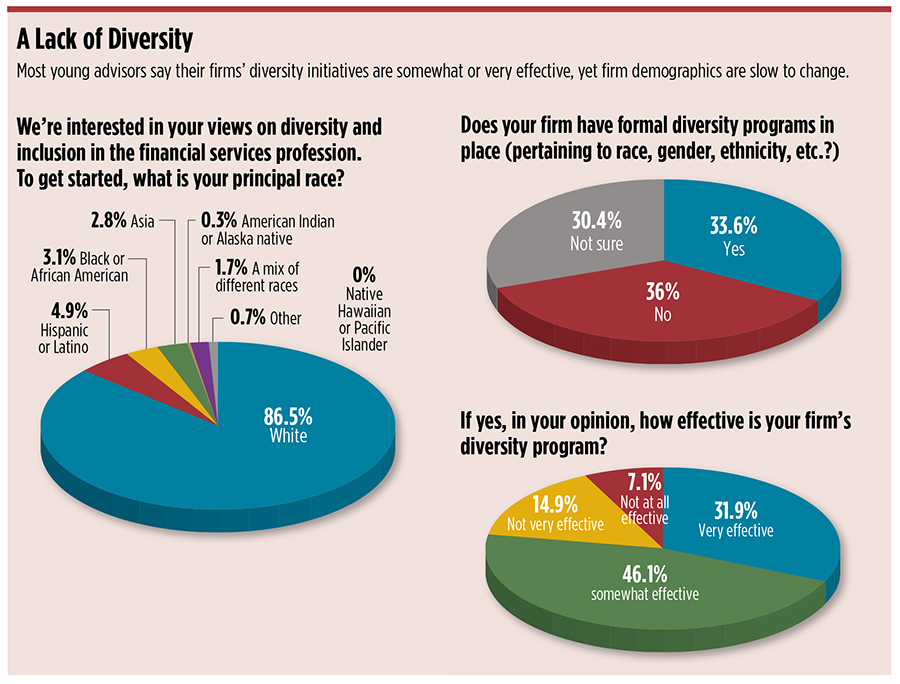