/sites/all/themes/penton_subtheme_wealthmanagement/images/logos/footer.png
Recent
Recent
Maddy Dychtwald – Women & Financial Wellness: Beyond the Bottom Line
May 24, 2022
Marriott Plans to Restart Share Buybacks on Rapid Hotel Recovery, CEO Says
May 24, 2022
The Search for Sustainable Investment Leaders
May 24, 2022
Nine Must Reads for the CRE Industry (May 25, 2022)
May 24, 2022
Featured
The 10 Best and 10 Worst States in Which to Retire in 2021
Jul 15, 2021
Poll: 15 Classic Books on Investing and the Markets
Apr 03, 2020
Fifteen Must-Listen Business Podcasts for Advisors
Aug 14, 2020
Celebrity Estates: Jay Leno and Planning for Classic Car Collections
Feb 22, 2022
Trump Tax Reform
brought to you by 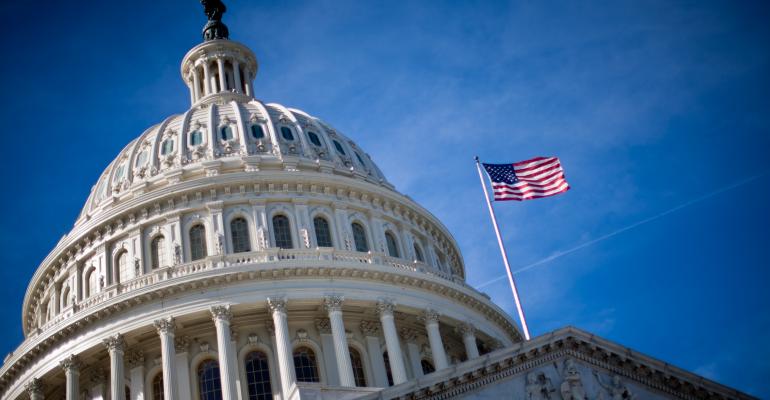 The congressmen say the provision could take away from the benefit of new technologies—namely robos—that have automated tax loss harvesting.

A group of about 40 House Republicans have sent a letter to congressional leaders strongly objecting to the inclusion of the first-in first-out ,or FIFO provision of the tax reform bill. Among arguments that it could impact middle-income retirees and add complexity for long-term investors, the congressmen say the provision could take away from the benefit of new technologies—namely robos—that have automated tax loss harvesting.

“A switch to mandatory FIFO could deter an average investor’s use of these platforms and significantly limit their access to more sophisticated wealth management advice,” the letter states. “Millions of ordinary retail investors have access to these services today.”

The provision would require investors with taxable brokerage accounts to sell shares they’ve owned the longest first, and it’s expected to raise $2.4 billion over the next decade in tax revenue for the government.

Joe Ziemer, vice president of policy and communications at Betterment, has been in Washington, D.C. this week, speaking with lawmakers about the provision.

“At Betterment, if we are going to make a transaction, which is going to include any sales of any securities—that could be an allocation change or a withdrawal—whenever we pick the security to transact on, we are always picking the optimal lot,” Ziemer said. “Naturally we would do that—it’s beneficial for the customer. With FIFO, that would not be the case.”

That said, there will still be loss harvesting opportunities on the first security. “There will be still scenarios where you are going to have a loss on your oldest lot where you can sell that to realize the gain,” he added.

In a white paper, Betterment estimated that between 2000 and 2013 tax loss harvesting would have added 77 basis points to a typical customer’s after-tax returns.

Tax loss harvesting has become synonymous with robo advisory platforms, but, of course, it’s not a new phenomenon.

“That is a practice that extends well beyond robo advisors,” Ziemer said. “Many great advisors have been doing that for a very long time. We’ve just been able to truly automate it and make it more accessible for more people.”