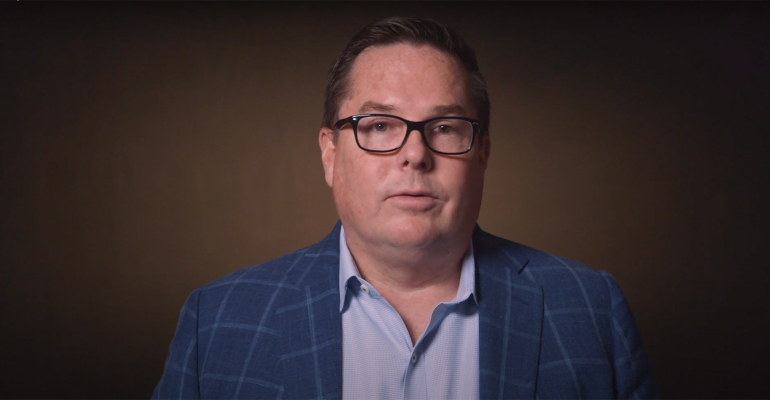 Hightower's investment in Westchester-based Siller & Cohen Family Wealth Advisors is its third transaction of 2021. Hightower CEO Bob Oros says the pandemic was a wake-up call for many RIA founders, and expects more deals to come.

Chicago-headquartered Hightower said it completed a total of nine deals last year, up from four in 2019. Echelon Partners, which tracks mergers and acquisitions in the RIA space, counted eight deals for Hightower last year, with an average AUM of $1.3 billion transacted per deal, according to its RIA M&A Deal Report. (Echelon’s numbers did not include Hightower’s sub-acquisition for Fischer & Company, which merged with Stralem & Company to create a $800 million RIA, in December 2020.) 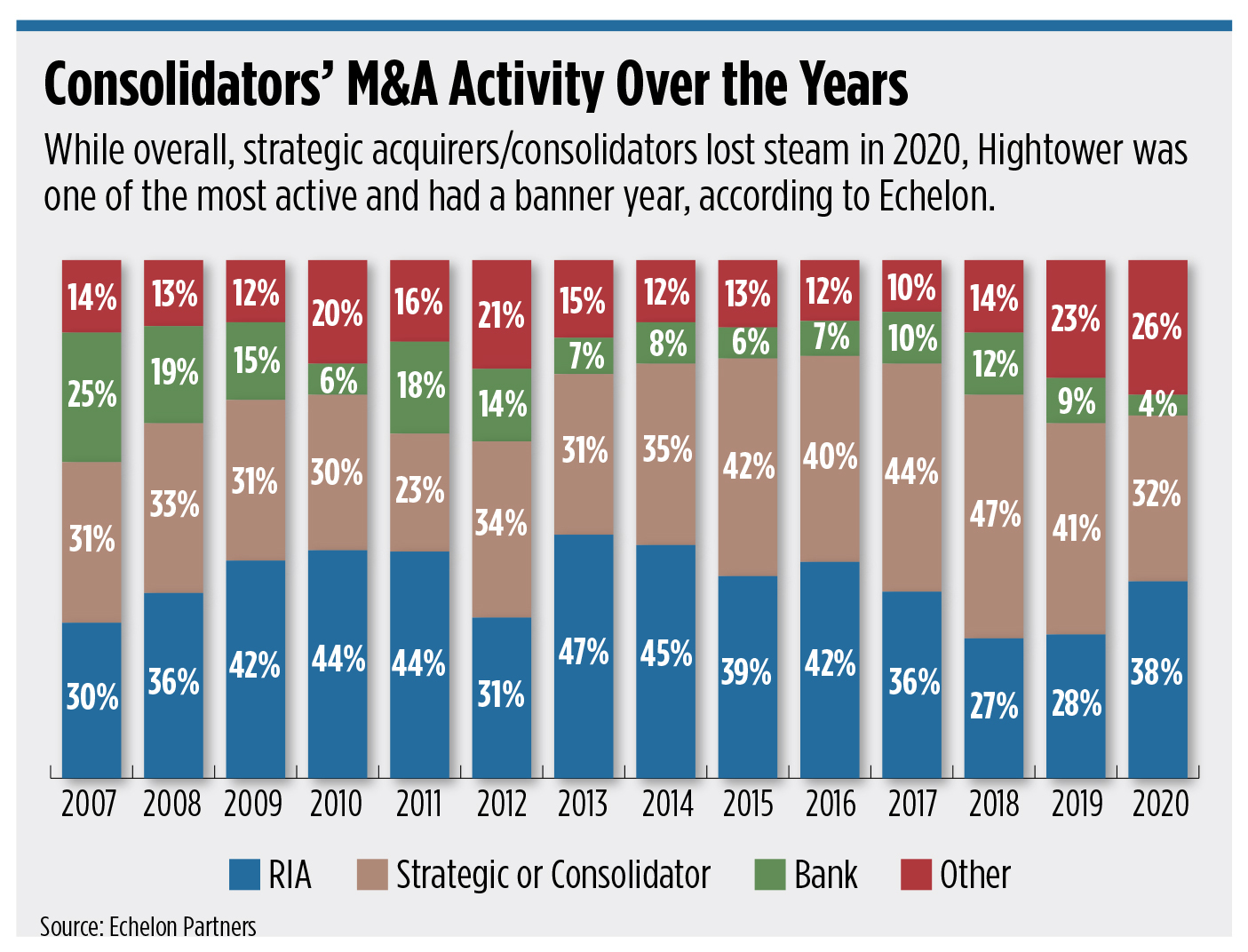 “As an industry, as people, we went through a very traumatic 2020, between health crises, impact to markets in Q2, and we were fortunate,” said Hightower CEO Bob Oros. “Markets rebounded; businesses rebounded. But I think it was a wakeup call, and many founding principals share that sentiment, which ‘You know what? We’re fortunate. We’ve got good raging markets right now. We’re starting to get some political stability.’ Now is a really good time to set up their firms for years to come. That’s exactly the way we look at it. We’re not a partner for the short-term; we’re a partner for the long-term.

“I think we’re going to have a lot more of these conversations as people feel like ’21 is a good backdrop on which to set up their firms strategically.”

“The additional capital will enable Hightower to continue to expand its institutional-class services to catalyze organic growth, while at the same time fueling the firm’s RIA acquisition strategy,” said Ganesh Rao, managing director at THL, in a statement.

In early 2019, Hightower CEO Bob Oros decided to forgo the firm’s original partnership model to focus on offering capital and support services to other RIAs.

In a statement, Siller said they considered nine potential partners, but was most impressed with Hightower’s “people, their intellectual capital and their institutional-level infrastructure.”

They also plan to work with Hightower’s marketing team to expand into new media vehicles for reaching clients and prospects.

Oros said he feels good about the firm’s organic growth for 2020; he declined to share specific numbers.

“We want to make sure we help our advisors figure out this evolution of the playbook, which now includes a bunch of different things than it did a year ago,” he said. “A year ago it might have been a steak dinner, and now it’s a Zoom. How do you get advisors building credibility and getting the confidence to ask for the business when maybe they haven’t been able to meet the client or the prospect? That work is continuing.”