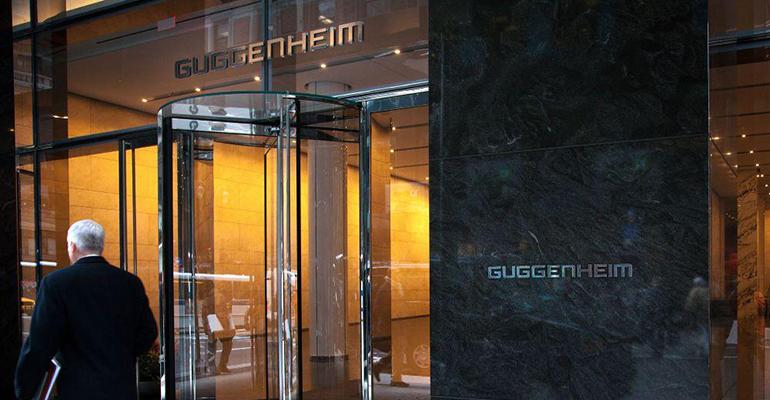 Guggenheim Says It Is Cooperating With U.S. SEC Investigation

The SEC is pursuing details on a real-estate transaction and other deals involving ABS Capital, which is owned by two former Guggenheim managers.

NEW YORK, April 15 (Reuters) - Guggenheim Partners on Sunday said it was "cooperating fully" with an investigation of its asset management subsidiary that is being conducted by the U.S. Securities and Exchange Commission.

"We are cooperating fully with the SEC's investigation of our subsidiary," the statement read, "and we cannot comment further."

The statement followed a report in the Wall Street Journal that the company was asked to retain documents related to transactions involving a second company, ABS Capital Co LLC.

The SEC is pursuing details on a real-estate transaction and other deals involving ABS Capital, which is owned by two former Guggenheim managers, the Journal reported, citing unidentified people.

Guggenheim has not been accused of wrongdoing.

The investigation adds another headache for executives at the asset manager and investment bank, including Chief Executive Mark Walter, an owner and the chairman of the Los Angeles Dodgers baseball team, who have been working to quell clients' concerns about continuing scrutiny by the SEC.

Meanwhile, the company has had to respond to questions about Walter's relationship with an employee, Alexandra Court, and her elevation to a role overseeing institutional distribution. Guggenheim has said the two have only a business relationship.

ABS drew attention partly for its purchases of one property in Malibu, California, and another two in Pacific Palisades. Court lives in one of the homes, the Journal reported. She did not respond to a request for comment.

In a statement on Sunday, a spokesman for ABS said it did not borrow any money from the Guggenheim subsidiary, Guggenheim Partners Investment Management, or assets managed by them "in connection with the financing of those homes, or for any other purpose." (Reporting by Trevor Hunnicutt; Additional reporting by Michelle Price; Editing by Jennifer Ablan and Sandra Maler)