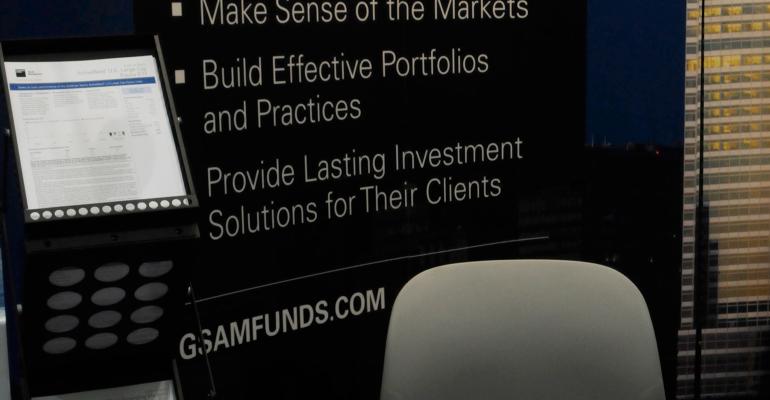 Opportunity funds are both innovative and controversial.

For almost two decades, a Goldman Sachs Group Inc. unit has tended billions of dollars in bets off Wall Street, funding projects in struggling neighborhoods around New York and beyond.

Now, thanks to a new U.S. tax break, its deals could become a lot more lucrative.

The tax overhaul Republicans pushed through in December includes a lesser-known passage creating a new type of investment vehicle -- “opportunity funds” -- that can win steep tax breaks for supporting projects in low-income communities. Few if any banks are as well positioned to capitalize on the incentives as Goldman Sachs, which began creating funds days after the law passed. It’s now weighing whether to set up more to let clients invest, too.

“We have a big leg up,” said Margaret Anadu, who heads the bank’s Urban Investment Group. “This is investing that we’re already doing.”

Opportunity funds are both innovative and controversial. They have to focus their investments in roughly 8,700 low-income communities selected by state governors and other officials. Zones range from gritty urban neighborhoods to shrinking Rust Belt towns.

Proponents say the program will provide a much-needed jolt to areas typically avoided by developers. But detractors have warned the law is written too broadly, giving savvy investors a break on projects they might have pursued profitably anyway. There are also concerns the program may accelerate gentrification, driving out low-income residents.

Goldman Sachs, for its part, is hardly shy: It’s racing to make use of the new tax break and potentially popularize it on Wall Street. Anadu said the firm wants its investments to have a positive impact.

Days after the legislation passed, Goldman Sachs created an opportunity fund to invest in a project that will add affordable housing to New York’s Jamaica neighborhood. In April, it did the same for money it put toward a development in East Orange, New Jersey, that will expand a grocery store in an area short on healthy food. In June and August it did deals in Brooklyn and Baltimore.

The funds are especially attractive for firms looking for ways to redeploy capital gains -- of which Goldman Sachs and its clients have plenty. Investors start by plowing those proceeds into opportunity funds, deferring taxes until 2026. And, if the funds buy and hold qualifying assets for at least five years, investors can reduce the tax they pay on appreciation, or eventually eliminate it altogether.

The deferrals are expected to cost the government $7.7 billion by 2022, an impact that will eventually wane as investors resume payments, according to the Joint Committee on Taxation. There’s no limit on the ultimate benefit for investors, whose profits depend on the gains generated by their projects and how long they hold onto the assets.

Researchers and non-profits have been raising red flags since the law went into effect. A study from the Urban Institute estimated almost 4 percent of the areas picked were already attracting large numbers of wealthier, college-educated transplants. That may seem small, but investors aren’t required to spread their projects evenly, potentially concentrating their efforts in areas already destined to gentrify.

Goldman’s Urban Investment Group started in 2001 and pursues a strategy known as social impact investing, looking to generate profits while contributing to communities. The unit is small enough that the bank doesn’t break out its results in financial reports. But over the years, its name has appeared in numerous media reports describing its piece of local revitalization projects, many supported by other tax credits.

The head of that group, Dina Powell, left the bank to join the administration last year, as did Goldman Sachs President Gary Cohn, who became Trump’s top chief economic adviser. Neither was directly involved in the crafting of the opportunity zones plan, according to two congressional aides who worked on the legislation.

Publicly, the idea was long championed by the Economic Innovation Group, a non-profit founded by Sean Parker, the Napster creator and first president of Facebook Inc. The think tank proposed opportunity zones three years ago in a white paper written by Jared Bernstein, a member of the Obama administration’s economic team, and Kevin Hassett, the head of Trump’s Council of Economic Advisers. A roster of lawmakers from both parties, including Senators Tim Scott of South Carolina and Cory Booker of New Jersey, sponsored earlier bills to create the zones before it was tucked into the broader tax overhaul.

Anadu’s team recently reexamined the roughly $7 billion the firm has deployed since its inception. Executives found that more than $5 billion of that money went to projects in areas eligible to become opportunity zones.

For now, the firm’s ambitions are being tempered by uncertainties. The Internal Revenue Service and Treasury have yet to issue rules that will affect how investors qualify for the benefits, leaving accountants and lawyers to pore over the legislation for clues.

Late last week, Treasury Secretary Steven Mnuchin, who started his career at Goldman Sachs, talked up the tax break to a group of wealthy investors in the Hamptons. In an interview afterward, he repeated a remark by a billionaire in the room: “It’s not about the zone, it’s about the opportunity.”

Mnuchin was emphasizing that there’s an opportunity to move businesses into the zones, creating jobs and spurring the economy, a Treasury spokesman said Wednesday. While most of the people in the room had been looking at the tax break as an incentive to develop real estate, the initiative is really a chance to expand business, he said.

Mnuchin predicted guidance for investors should be available “shortly.”

The wait is a big reason why Goldman Sachs has yet to decide whether to offer opportunity funds to clients, Anadu said. In particular, there’s ambiguity over what happens if multiple investments are wrapped into a fund. So while awaiting guidance, the firm is placing each investment into a single fund.

To be sure, some of the nation’s largest banks also have programs to help struggling communities and no doubt have expertise in vetting projects. JPMorgan Chase & Co., for example, has a community development arm that provides financing for a variety of projects. The firm has also set out to help cities such as Detroit, where the bank has promised to invest $150 million by 2019. A spokesman declined to comment on its plans for opportunity funds.

Other investors are already pushing ahead. Among them, RXR Realty, which focuses on property in the New York area, is seeking to raise $500 million for an opportunity fund, a person familiar with the matter said earlier this month. Steve Case’s venture capital firm Revolution LLC recently hired two real estate executives to begin making direct investments with a focus on the zones.

PNC Financial Services Group Inc. is planning opportunity funds. And a number of banks in addition to Goldman Sachs, such as Wells Fargo & Co., have participated in calls held by the Economic Innovation Group to keep abreast of the law’s implementation, according to a person familiar with the talks.

Seeking Limits
This month, the National Housing Conference, an advocate for affordable housing, sent a letter to the Treasury pointing out what the non-partisan group sees as flaws in the legislation. The group encouraged policymakers to implement guardrails and gather data to prevent abuse. It said it would be “tragic” if higher-priced rentals replaced more affordable units because of the incentives.

Goldman Sachs says it shares some concerns raised by critics. It’s worrisome, Anadu said, that the law doesn’t require investors to align their goals with community priorities. The bank plans to do so, and voluntarily measure the outcomes of its projects, she said.

“Being thoughtful about the impact of our investments is not just positive for the communities themselves,” Anadu said, “but also meaningfully mitigates risk.”