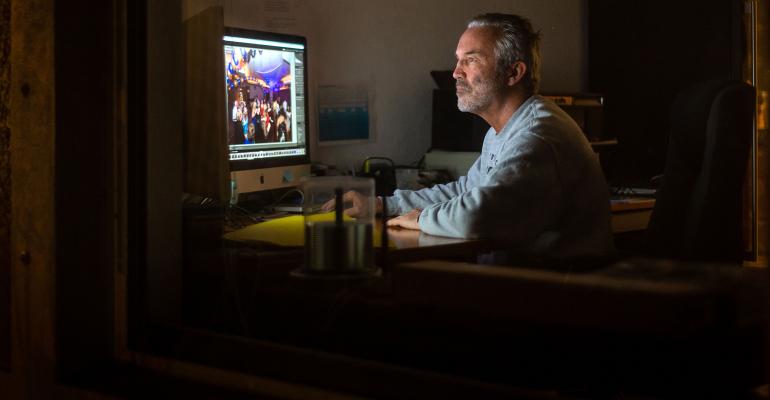 Nothing beats the osmosis that comes from working in an office.

(Bloomberg Opinion) -- Mary Erdoes, who runs asset and wealth management at JPMorgan Chase & Co., reckons fund managers are one of the few groups of finance professionals who’ve benefited from the pandemic, given they’ve had more “thinking time” while forced to work from home. “Of all sectors that I think will come back to work in the office fastest, I would put asset management at the end of the list,” she said earlier this month.

Many portfolio managers would beg to differ.

The lack of interaction with colleagues focused on different asset classes, the increased difficulty of getting trades done, and the risk of junior staffers missing out on day-to-day instruction all make investment professionals as keen as others to get back to their office desks.

“I want to go back,” says Chris Bowie, who helps oversee more than $25 billion at TwentyFour Asset Management in London. “I think the lack of a commute does allow more time to read and think, but you lose the over-the-desk ad hoc interaction, which, in my experience, often leads to bigger discussions on themes and then asset allocation.”

That interplay with teams across asset classes is a valuable source of investment insight that’s difficult to replicate, says Jamie Stuttard, head of global macro fixed income at Robeco Group, which manages more than $180 billion. Although lockdown has in some cases improved connections within teams, the cross-pollination of ideas has taken a big hit. “The casual ‘coffee machine’ interaction is gone,” he says.

And for a global portfolio manager, nothing beats boots on the ground when it comes to developing local acumen. Yes, it’s a boon to be able to communicate with overseas clients via Zoom calls rather than getting on a plane, but fund managers bemoan missing out on the color gained by visiting a foreign investment destination.

Then there’s the issue of trade execution. While money managers make the asset allocation decisions, their traders are responsible for the actual buying and selling of securities. Not only does remote working reduce interaction between the two groups, but the need for tighter risk controls when working remotely increases the friction and cost of changing portfolios, too.

One hedge fund owner told me he was worried that his younger researchers were reverting to university behavior by becoming more and more nocturnal, based on the times of emails he was seeing. The risk was that late nights would produce a lack of focus during trading hours, when he needs his market analysts to be at the top of their game.

Bowie at TwentyFour is also concerned about the impact lockdown is having on younger staff. “We have tried to boost morale by giving everyone unlimited holidays, for example, but the on-desk training angle is worse for the junior members. They don't get the day-to-day, over-the-shoulder learning that we all benefited from,” he says.

Stephen Bird, chief executive officer of Standard Life Aberdeen Plc, agrees. “There are many employees that absolutely need and want to come in and collaborate, innovate and get out of the house,” he told my Bloomberg News colleague Suzy Waite earlier this month. “Think of the next generation of talent. Think about how we all learned.”

Now, Erdoes at JPMorgan might have been defending her staff from the bank’s boss, Jamie Dimon, who has argued for the need to get workers back into the office as soon as possible. But it’s clear that even fund managers are missing the osmosis of working in an office, even if almost nobody misses that daily commute.

To contact the author of this story:
Mark Gilbert at [email protected]