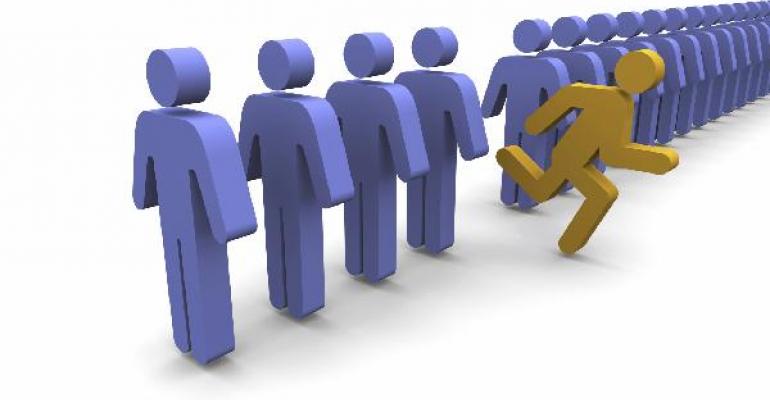 As the Financial Planning Association attempts to boost flagging membership and roll out a more ambitious service program, its leadership says a restructuring of the national organization is not out of the question in the years ahead.

The board of directors of the 23,500-member not-for-profit, with 95 chapters across the country, is forming a search committee this summer to replace longtime Chief Executive Officer Marvin Tuttle (left). His contract expires in 2014.

The prospect of new management could also lead to a new structure at headquarters, FPA President Paul Auslander says. While restructuring talk is “ongoing” among board members, it could lead to a more decentralized organization, he said.

“That’s probably more for a new CEO to map out, but conversations have been had,” Auslander said. “People are open to new ideas.” The next chief executive doesn’t necessarily have to come from within the financial advisory industry, he adds.

The FPA already is working with chapters in Texas, New York and California to help set up state councils similar to one that nine Florida FPA chapters formed in 2005. Among other things, the Florida organization represents financial advisor interests to legislators and others in the state capital.

FPA, with offices in Denver, Colo. and Washington, D.C., is looking to turn around declining numbers.  Current membership is off 13.5 percent from 2004, the year it spun off its broker/dealer division, which went on to form the Financial Services Institute.

About three-quarters of the FPA’s membership work at registered investment advisors, and about 16,000 are certified financial planners. The FPA adheres to the code of ethics of the CFP Board of Standards.

Tuttle and Auslander say the slide in membership at FPA is no surprise given the turns that the industry has taken in recent years. The numbers began to drop after the 2008 crash, they note. And members who disagreed with the FPA’s ultimately successful decision in 2004 to sue the SEC over the so-called Merrill rule (which exempted brokers from being regulated as investment advisors in fee-based brokerage accounts) also voted with their feet, Auslander adds.

“We took principled stands. Sometimes it will cost you numbers,” he says. The departure of the b/d division that became the FSI is an example, he adds—“They’re doing a heck of a job for their members, but it’s a competitor.”

The view that FPA members were driven away from the organization by economic forces is challenged by observers who say that other groups in the financial planning field did not experience the same loss of membership during that time. (See charts below.)

The National Association of Personal Financial Planners, for example, saw its membership grow by more than 31 percent between the beginning of 2008 and the beginning of 2011, to about 2,000. And CFP certificants have grown by 22 percent since 2007, to more than 66,000.

Michael Kitces, director of financial planning at Pinnacle Advisory Group in Columbia, Md. and author of the financial planning blog, Nerd’s Eye View, says organizations that offer valuable services to their members are seen as more essential when times get tough.

“FPA is clearly struggling to deliver effectively on value propositions,” Kitces says. “I think it’s more likely that people sat down with their budgets in 2008 and 2009, looked at where they were spending money in the midst of a difficult environment, and said, ‘This is no longer a necessary business expense’ … They just didn’t feel FPA membership was worth paying for in the middle of a difficult economic environment.”

The organization is still important, Kitces says, because of the need for a national membership group that represents the interests of financial planners. The CFP board, he notes, is a credentialing group.

“I see nothing to imply the (FPA) is in an unhealthy, dangerous tailspin,” Kitces says.

Tuttle, 57, is in his ninth year as executive director. He says he told the board last year that he was willing to remain another two years with the group, but also was ready to move on.

He says the organization’s focus suffered following the crash. “The last two or three years, we’ve gone through a lot of introspection. We got ourselves back on track. I feel real good about that, but we lost some time,” Tuttle says.

The FPA is now focused on new practice management programs, the first of which—involving fiduciary training for the financial planning process—it hopes to start rolling out by the end of this year, Tuttle says.

The board has set aside $250,000 for the first year of the program. It expects to announce more about it at its annual conference starting Sept. 29 in San Antonio, Texas.

“I think we have the negotiating power to bring in quality companies that can tackle these issues, where we don’t have the human capital to do that,” Tuttle says. “I think over the next six to 12 months the members are going to see a discernable difference.” 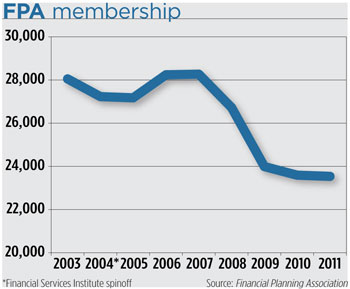 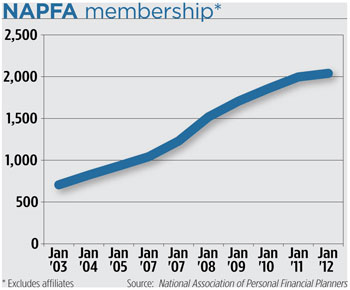 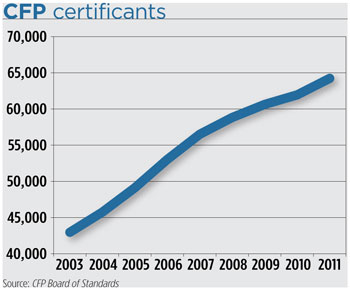