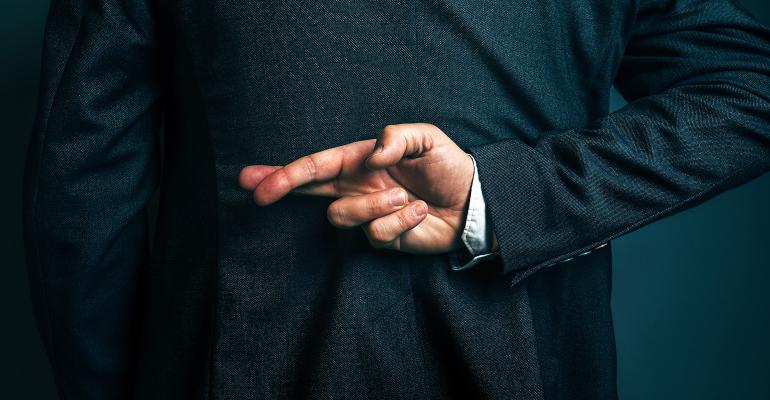 Financial Services Is the Least-Trusted Industry, and Here's Why

Financial services is again the least-trusted industry, according to a 2018 survey by the Edelman Trust Barometer Research Team—only about half (54 percent) of consumers trust the industry. This result is troubling because financial services should strive to be one of the most trusted. The reason for this disparity can be found in one of the most misunderstood and complex areas of the financial world—the “fiduciary” standard.

The term has become a marketing tool and a political fight; it’s splintered regulators and generated both praise and pushback from industry companies; and in the end, it remains an elusive standard for the financial services industry.

I would like nothing more than to call the financial services industry a profession. But until a clear fiduciary standard is settled on—either voluntarily by the industry or forced on it by legislators or regulators—that allows consumers to receive the standard of care they already expect and rely on today, the financial services industry remains just that—an industry and not a profession that earns trust.

At its core, a fiduciary standard requires an individual to act with the care, due diligence and knowledge of someone familiar with that role. More simply put, a fiduciary advisor should act in a prudent and knowledgeable way in the best interest of his client. The issue today is most financial service professionals aren’t held to this standard.

The SEC standard can go only so far. It can’t regulate the entire financial services industry nor the entire relationship between an advisor and his client. Even with a broader SEC rule expected in the next year, there will be plenty of wiggle room around a comprehensive fiduciary standard.

The Department of Labor (DOL) from about 2009 until two years ago pushed forward what would have equated to a huge expansion of the fiduciary standard. However, this expansive definition of “financial advice” by the DOL ultimately received tremendous pushback from the industry and was eventually defeated in court and abandoned by the current administration. The DOL has been working on a new, less expansive rule that might be released later in 2019.

States have also started to get into the action. New Jersey, Maryland and New York have all made small steps toward requiring a fiduciary standard at the state level. These state actions could really be disruptive and set a new tone if they can get off the ground and survive the legal challenges the industry will bring.

The one thing that’s clear is a broad-based fiduciary standard for financial services isn’t close. The onus of finding a trusted financial advisor lies squarely on the shoulders of the consumer. Finding a trusted advisor can be challenging. Fees often aren’t as transparent as they should be, there isn’t a standard education for advisors, and creative marketing can make you think you’re getting more than you are.

Education alone doesn’t make someone a good doctor, attorney or financial advisor, but it helps. It sets a baseline and a place to start. It also helps create consistency among advisors so when a client goes to get services, he can rely on an expected level of expertise and competence.

The American College of Financial Services, which has existed for over 90 years, was created to help professionalize the industry through education and ethics requirements. The Certified Financial Planner (CFP) designation run by the CFP Board has also strived to increase the professionalism of the industry and create a fiduciary standard and consistency. Because there’s no requirement to get education from these organizations, most in financial services don’t.

I’m not taking a shot at commissions as a whole. Commissions can be a problem but can also be the best thing for a client. Like many things, it depends. But what needs to happen is clear fee transparency that works in the best interest of the client. Fiduciaries aren’t typically cheaper than non-fiduciaries, but the fees charged must be reasonable to the services provided.

Jamie Hopkins is director of retirement research at Carson Group.