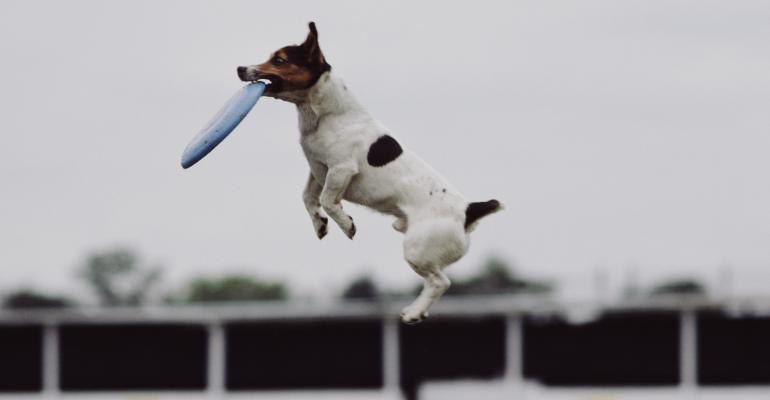 Financial Risk Is Worse When You Can’t See It

(Bloomberg View) -- Financial crises are becoming more frequent as markets and the rules that govern them grow ever more complex. New research suggests that this is no coincidence -- and that a simpler system would be a lot more resilient.

Forward-thinking officials have long argued that financial regulation needs to be simpler. In his much-quoted speech "The Dog and the Frisbee," Andrew Haldane of the Bank of England notes that dogs catch frisbees not by making complex aerodynamic calculations, but by relying on simple rules of thumb -- for example, running at a speed that keeps the angle of gaze to the object roughly constant. By analogy, he suggested, regulators might do well to eschew ever more intricate calculations of the risks in banks’ portfolios, and instead aim for rules that would be easier to understand and less likely to go badly wrong.

The point also applies to the dense networks of contracts and relationships that link financial firms together. As these get more complex, a new study shows, markets naturally become less stable, because the risks become difficult to perceive and manage.

This isn’t your typical economics paper. The authors include Nobel Prize winning economist Joseph Stiglitz and renowned mathematical ecologist Robert May, who teamed up with physicists to explore the consequences of network complexity in a way traditional research has not. They sought to model a network of financial institutions connected through loans and other contracts, as well as by exposures to common assets, and to examine how its complexity would affect someone’s ability to judge the likely fallout from a default somewhere within it.

Suppose a bank suddenly reneges on its obligations to several others. Without full information on who is exposed to the other banks, it’s hard to know precisely what will happen next and how far the trouble might spread. Further uncertainty surrounds the so-called “recovery rate” -- how much one party in a contract might be able to claw back from a defaulting counterparty. This is the immediate challenge that faces regulators, investors and financial institutions in a crisis.

Increasing network complexity, the researchers found, makes this foresight problem harder. As the lead author, physicist Stefano Battiston, explained to me, the longer the chains of connected banks, the more any small uncertainty about the magnitude of losses gets compounded. Anyone trying to assess the potential outcomes will inevitably make larger errors.

This provides more evidence in favor of regulations aimed at making the financial system simpler. The U.S. process of living wills, for example, allows regulators to impose higher capital requirements on -- or even break up -- financial institutions that can’t adequately explain how they could be safely wound down in bankruptcy. Another idea would be to tax complexity, by levying charges related to the number and nature of banks’ connections to other institutions in the network.

There’s also a lesson here for economic theorists, who tend to view the explosive growth of derivatives and other instruments as a beneficial development that makes markets more complete and efficient, and hence less risky. This naive belief in the virtue of complexity is founded in mathematical models that assume people have full knowledge of all the connections in the network and always make rational decisions. Needless to say, and as the study confirms, excluding the issue of complexity from models doesn’t make it any less of a problem in reality.

Battiston and colleagues also argue that more complicated regulations can’t solve the problem, because they’ll only add to the complexity of the whole system. They burden financial firms with onerous reporting and compliance procedures, without necessarily making anything less risky. Haldane was right: We still have a lot to learn from the dog and the frisbee.