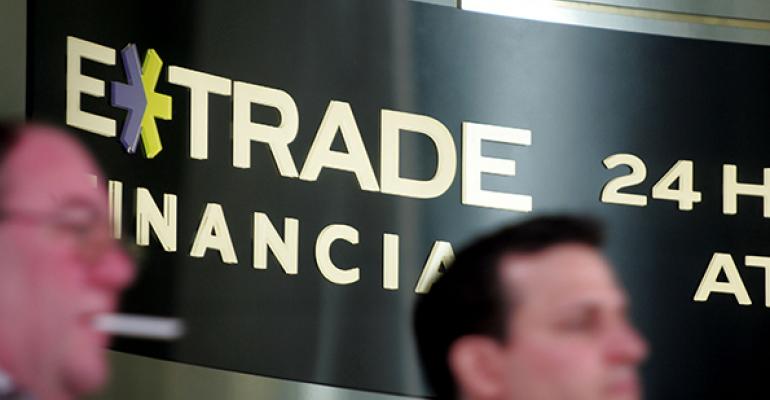 The investors claim that E*Trade promised to disclose the rate but didn’t disclose that certain securities were being designated hard to borrow until last month, and didn’t disclose what the estimated interest rate would be before trades were placed.

(Bloomberg) --E*Trade Financial Corp. was sued by a pair of investors who claim they were charged “shockingly high” undisclosed interest rates on short sales of so-called hard-to-borrow securities.

The investors, who seek to represent others in a class-action suit, claim that E*Trade promised to disclose the rate but didn’t disclose that certain securities were being designated hard to borrow until last month, and didn’t disclose what the estimated interest rate would be before trades were placed.

Short sales usually are a bet on lower prices, with borrowed shares being sold and then replaced later when the value declines. The lender charges interest on the loaned shares. Securities are deemed hard to borrow when a broker’s supply of a stock to be loaned cannot meet demand -- typically for companies that are heavily shorted.

“As customers discover only after placing the trade, the interest rate in many instances is shockingly high,” the investors claimed. “When annualized, the rates have at times exceeded hundreds of percent. The charged interest is automatically deducted from customer accounts, and is much higher than the fee schedule that E*Trade makes available online to its customers, which is what customers agree to pay.”

Investors have been paying increasingly higher costs for the most popular short trades. Charles Schwab Corp. and Interactive Brokers Group Inc. reported a more than 60% sequential increase in securities lending revenue in the third quarter, driven by an inventory of hard-to-borrow stocks such as Beyond Meat Inc. and pot stocks, Sandler O’Neill Partners analyst Richard Repetto said last month.

One of the plaintiffs, Oregon resident Joshua Rupnow, says in the suit that he was charged $400.17 in interest in January 2018 for a series of short trades during that month but wasn’t told which securities had been categorized as hard-to-borrow or the specific dollar amount that was charged. The other, Indiana resident Peter Szostak, says he was charged more than $3,000 in interest between June and August 2019 for a series of short sales.

Starting in October, E*Trade began telling customers before they place a trade whether a security is hard to borrow and what the interest rate will be, according to the lawsuit.

E*Trade didn’t immediately reply to a request for comment.

(Updates with excerpts from suit starting in second paragraph.)

To contact the reporter on this story:
Chris Dolmetsch in Federal Court in Manhattan at [email protected]