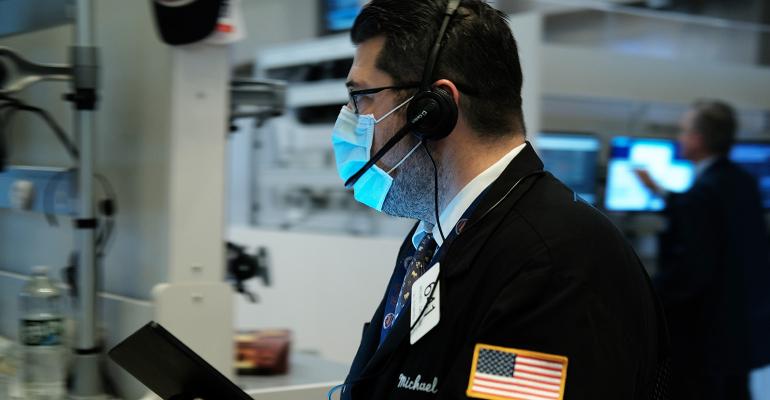 Clients who changed their relationship with financial advisors during the financial crisis of 2008 hold a clue to what they are looking for during the current one.

Due to the demands of publishing schedules, much of our April 2020 issue was completed before the coronavirus pandemic threw all of us into a new reality.

We managed to pivot, tore up half the issue and changed the cover—and in that issue you’ll find some of our earliest articles about the impact on the wealth management industry and how advisors are coping.

It’s fair to say we’ll all be at this for some time. There are the immediate concerns—quarantines, a new working reality and the health issues that, for many, are starting to hit close to home.

But we got a hint of the longer-term reality the day before our issue shipped with the Labor Department’s report of over 3 million new unemployment insurance claims. Not unexpected, but so astronomically high it shocked even jaded Wall Street observers. The economy is grinding to a standstill. Most predict the situation will get worse and a recession imminent.

No one has a clue how long it will last or what the stock market will do over the next several months. Financial advisors, most of whom still charge on an AUM basis, will see a hit to revenue. Beyond that, how it plays out for the industry is not clear.

But we do have history as an imperfect guide: In the Great Recession of 2008, markets plunged 50% and took five years to recover. U.S households lost an estimated $17 trillion in wealth. Researchers from Texas Tech University and Winthrop University wanted to see how that event changed clients’ relationships with financial advisors—did these suddenly poorer clients walk away in anger?

Using data from the National Longitudinal Survey in 2007 and 2009, they looked at U.S. households that kept, hired, fired or never had an advisor, and what variables (income, net worth, education, etc.) explained the differences.

In their sample, more people hired a financial advisor than fired one. In fact, the hire group lost a bit more net worth than the those who fired—suggesting the drop was, for some, a wakeup call to get help. Overall, the hit to net worth or income among the fire group did not stand out as significantly different than the experience of any of the other groups. According to the paper, published in the November 2019 edition of the Journal of Financial Counseling and Planning:

“…most of the variables used, which are mostly related to money, are not the main reasons why clients fire advisors…the multivariate results on a change in income or net worth are not as expected, indicating that client–advisor relationships during the Great Recession went beyond the management of money.”

I suspect most of you know this, but it’s reassuring to see it validated. Clients don’t hold you responsible for what you can’t control. They look to you for assurance that their financial plans ensure the greatest probability that their plans for life will be realized. It's not investment performance that matters, but the trust that the portfolios and allocations you have established for them are the best they can be for the goals that they have. They will tolerate losses, but not losses that you can't explain in ways they can understand.

Advisors who communicate quickly, openly and honestly with their clients will not only survive the next year, but likely come out on the other side in a stronger position. Advisors who hide behind charts and market prognostications and asset manager jargon around the buy and sell orders they've made on the client's behalf will have a harder time keeping those clients through the next recession.

As always, we’d like to help. Let us know what kind of information you would find most useful during the next few months and beyond; email me at [email protected].

Good luck to all,