/sites/all/themes/penton_subtheme_wealthmanagement/images/logos/footer.png
Recent
Recent
Why the Shift to a Longer-Term ‘Business Owner’ Mentality Is Driving Movement
May 27, 2022
NYC Luxury Theft Boss Planned Own ‘Department Store,’ City Says
May 26, 2022
Seven Must Reads for the CRE Industry Today (May 27, 2022)
May 26, 2022
What’s the State of the Capital Markets for Cannabis Real Estate?
May 26, 2022
Featured
The 10 Best and 10 Worst States in Which to Retire in 2021
Jul 15, 2021
Poll: 15 Classic Books on Investing and the Markets
Apr 03, 2020
Fifteen Must-Listen Business Podcasts for Advisors
Aug 14, 2020
Celebrity Estates: Jay Leno and Planning for Classic Car Collections
Feb 22, 2022
DOL Fiduciary Rule
brought to you by 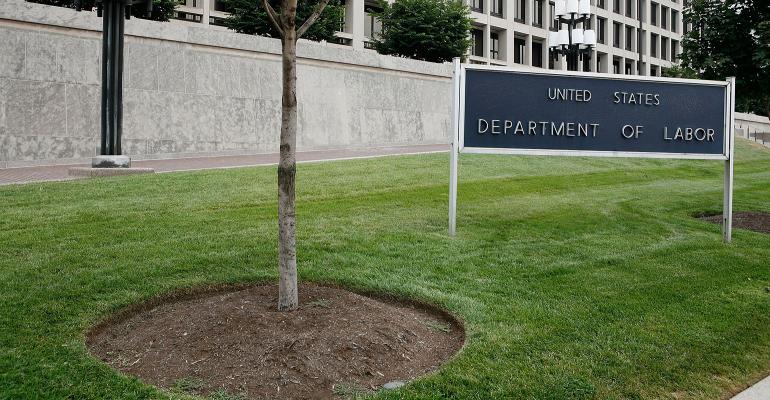 The long-awaited 60-day delay to the Department of Labor’s fiduciary rule was made public late Tuesday.

A final rule delaying the Department of Labor’s fiduciary rule by 60 days was made public Tuesday evening. It will be published in the Federal Register Friday, April 7.

The applicability date of the fiduciary rule, originally scheduled for April 10, has been pushed back to June 9 with a transition period for exemptions to the rule to run from June 9 through Jan. 1, 2018.

"The Department acknowledges that it is not likely to complete its required examination of the fiduciary rule by June 9," said Investment Company Institute President and CEO Paul Schott Stevens, in a statement. "If the DOL does not act by June 9 — either to make such a determination, or to further delay the applicability of the rule and any condition of its related exemptions — it risks creating significant market disruptions that will reduce retirement savers’ access to retirement products, services and related financial information and advice."

The department said it received some 193,000 comment letters on the proposal, 178,000 of which opposed any delay of the fiduciary rule. By contrast, some 15,000 supported pushing back the applicability by 60 days or more, with some asking for up to a year or more, or repeal of the rule altogether.

The delay is meant to give the department time to collect and consider information related to issues raised in President Donald Trump’s memorandum.

Brokerage industry advocacy groups continue to push for outright repeal of the rule. In February, a U.S. federal court judge in Texas upheld the DOL fiduciary rule in a lawsuit challenging it. The nine plaintiffs, including the U.S. Chamber of Commerce, the Securities Industry and Financial Markets Association (SIFMA), the Financial Services Institute, Financial Services Roundtable, and Insured Retirement Institute filed an appeal in the U.S. Court of Appeals for the Fifth Circuit. The plaintiffs also sought an emergency stay on the April 10 applicability date; the Texas judge denied that motion.

"We are confident the DOL will find that the fiduciary rule is inconsistent with the administration’s goal 'to empower Americans to make their own financial decisions, to facilitate their ability to save for retirement and build the individual wealth necessary to afford typical lifetime expenses, such as buying a home and paying for college, and to withstand unexpected financial emergencies,'" said the Financial Services Institute, in a statement.