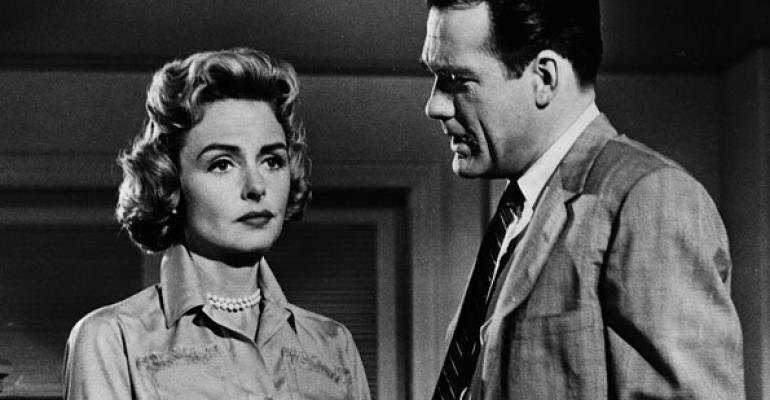 Darlin’, Don’t Worry Your Pretty Little Head About It

What are the common mistakes well-meaning advisors make when working with women in couples? Here are the top five, according to the women and advisors I interviewed.

Mistake 1: Not Understanding Her Eco-nomic and Decision-Making Power in the Partnership

One of the biggest errors I see financial advisors make is not appreciating the woman’s influence on the couple. This starts at the first meeting and typically continues throughout the engagement. It is not only junior financial advisors who make this error. Ann Hughes, founder of The Female Affect, a consultancy, has witnessed this happening with both male and female advisors with years of experience. “The mindset is: They need to win over the male part of the equation, or they are not going to get them as clients.” According to Hughes, some advisors throw in the towel on connecting with the female member of the couple before they get started, stating that they don’t think they can win over the woman so they won’t even try.

This industry bias results in an alarmingly large number of women mistrusting advisors and becoming very dissatisfied consumers. With women making more than 80 percent of the buying decisions in the family, including whom to hire as a financial advisor, this is a costly mistake for you to make.

Mistake 2: Not Including Her in All the Financial Discus-sions and Decisions

While meeting with and communicating with only one member of a couple can be less time consuming and often easier, it is not a good practice in the long run. The female client ends up left out of key decisions and an inactive participant in her financial life, both of which are far from ideal for her and for your advisor-client relationship. The dilemma is that some couples agree, either silently or overtly, to have the male partner be the sole decision maker and participant in your work. This is seen most often with older couples who are from a generation who believed managing and investing money was man’s work. The risk of not including her in the financial planning meetings is high. If he passes first, she is ill-equipped to manage the family finances. She has little or no relationship with you, so the risk of her moving her assets elsewhere is extremely high.

My recommendation is to educate your couples as to the many advantages of meeting, planning, and monitoring their financial lives together. These include designing a financial plan and investment strategy that works for both partners, working together to achieve these goals and objectives, and having a place to meet to periodically discuss money together with a neutral facilitator.

Once the benefits of this model are explained, many couples agree to actively participate in advisor meetings. Remember, if the couple has a long-standing pattern of the female client not participating, you may need to explain your rationale for wanting to meet with both partners more than once. If the client does not agree or refuses to include his wife, then it is up to you to determine if you can fulfill your fiduciary responsibility to the couple by meeting only with him. 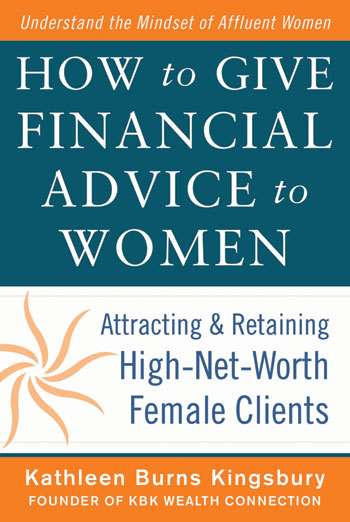 A woman’s silence in a meeting is commonly misinterpreted as her agreement with what is being said or as disinterest. However, women tend to be quiet when they are learning. The female learning style tends to be more passive than active. Therefore, if your female client is quiet, it may be a more accurate indicator of her taking in new information than necessarily agreeing with what is being said. If she is silent for a large portion of the meeting, check in and find out what she is thinking and feeling about the information being discussed. It will give her a chance to voice her opinion, which some female clients need permission to do, and to give you the important information you need so you can either proceed with or revisit a concept.

Silence can also mean that she is deferring to her husband out of respect. One woman explained, “When I’m physically out with my husband and it’s about finances, it would be almost disrespectful to him in a way, because it’s his field, if I was the one who was more vocal. That’s how I always looked at it. So I talk to him privately about what I want and I let him be the public person.” If this is the case for a couple you advise, you may want to consider setting up an individual appointment with the female client to give her an opportunity to voice her thoughts comfortably.

Mistake 4: Unintentionally Talking Down to Her

Female clients complain time and time again about financial advisors talking down to them. Statements such as “Don’t worry your pretty little head about it” are reiterated as they roll their eyes. And even if you are not uttering these exact words, it may be what she hears. You need to be careful in telling a woman not to worry or to feel a certain way, or that the situation is complicated, but you will handle it for her. Often advisors think they are helping a female client by reassuring her that she does not need to be anxious, and instead it alienates her. The best strategy is to partner with her and validate her feelings. Find out what is causing the fear, and reframe it as “important information,” not something to be squelched or dismissed. By doing so, you are showing her that you care, that her input is valuable, and that together you can find solutions to her unique financial situation.

One advisor told a story of a widow who just lost her husband and had about $3 million of investable assets from life insurance payments and investments. She had an adolescent daughter to care for and was just terrified that she was going to run out of money now that her husband was deceased. From the advisor’s perspective, she was very financially responsible and her fears were unfounded. His first instinct was to show her the numbers and explain how she had enough money to fund college and support herself for life. However, he decided to take another route and partner with her in her worry. He said, “Your concern is incredibly healthy. It’s making sure that you don’t run out of money. So the first thing that we should do is just really take a moment and appreciate how valuable this concern is. At the same time, this concern might be eating away at you in a way that it doesn’t need to, so let’s also look at ways you can be more at peace and content around money while keeping the responsible aspect of this concern.”

This statement allowed the widow to be right in her feelings and to see it as both a strength as well as an area to work on. Prior to this meeting the advisor did not have any real relationship with the widow; however, his strength-based approach and collaborative style resulted in her working with him for many years after this discussion.

Mistake 5: Making Assumptions about Her Based on Gender Only

This mistake may seem contradictory since my book is about advising women and highlights key gender differences throughout the text. However, generalities about gender are helpful starting points, but they should not be used to categorize female clients into neat little homogeneous groups. For example, my husband and I do not fit the gender stereotype. He is not the dominant partner in financial meetings. Instead, I tend to do most of the talking because I am more familiar with the industry and he prefers to take a more laid back, secondary position in the meetings. This dynamic works for us as a couple and our advisor works with it nicely. However, in the past, advisors have pigeonholed me as the quiet, less financially educated spouse. This failure to really get to know me and to know us as a couple ultimately caused us to find a more female-friendly advisor.

Be careful: Use gender differences as a starting point but not the end-all, be-all in your work with women. For example, as a whole, women are less financially literate than men, but individually they have varying degrees of financial know-how. Instead of assuming that your client has limited financial knowledge, take the time to check in with her and ask about her level of financial literacy. An easy way to do this is to have each member of the couple rate their financial know-how on a scale from “1” to “5,” with “1” being the lowest of financial literacy and “5” being the highest. Keep in mind women tend to underestimate their abilities, whereas men overrate their competence. Use these self-reported ratings to determine how to present information in meetings.

Directly discuss with both partners what type of financial education they want as part of the engagement and what level of detail or technicality they want you to use. Also take the time to get to know each female client as a unique human being by inquiring about her communication preferences, money values, and risk-tolerance level. By investing part of your meeting time in learning about her as an individual, you are demonstrating that you are female-friendly and won’t fall into the trap of making broad assumptions based solely on gender.

This article was adapted from How to Give Financial Advice to Women (McGraw-Hill).