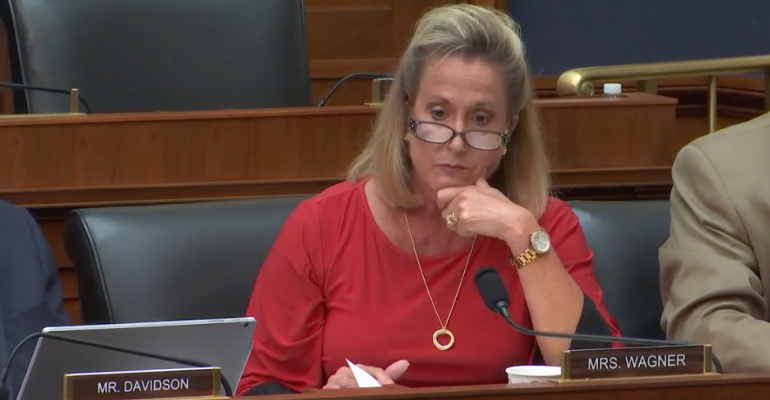 Congressman: DOL Rule Is the Most Expensive Regulation of 2016

At a House committee hearing, industry groups discussed the impact of the rule so far, as well as a draft bill that would repeal it.

The House Committee on Financial Services Subcommittee on Capital Markets, Securities and Investment held a hearing Thursday on the impact of the Department of Labor’s fiduciary rule on capital markets. Industry advocacy groups, including the Financial Services Institute and SIFMA, outlined the impact of the rule so far. Rep. Ann Wagner (R-Mo.) also introduced a discussion draft of a bill that would repeal the rule and replace it with a best-interest standard under the Securities and Exchange Commission, “the expert regulator who has the experience of overseeing the industry,” she said.

Rep. William Patrick Huizenga (R-Mich.), chair of the subcommittee, said the rule is the most expensive regulatory action of 2016, and the second-most-expensive non-environmental rule since 2015, citing research by the American Action Forum.

“The rule has the potential to increase consumer costs by $46 billion, or approximately $800 annually per account.”

Direct business—when an investor custodies directly with the originating mutual fund company—is often the least expensive way for them to hold mutual funds, said David C. Knoch, president of independent broker/dealer 1st Global, testifying on behalf of FSI. Since the beginning of 2016, the number of accounts held by 1st Global clients directly fell 10 percent, while the number of new accounts established fell 19 percent in the first half of 2017.

“We expect this trend to increase and by the end of this year anticipate that the total number of accounts held in these programs will drop 35 percent from 2016 levels,” he said. “In contrast, we have seen a 123 percent increase in new accounts established using our ‘level-fee’ 8 advisory programs since the beginning of the year.”

The IBD has also been challenged to provide SIMPLE IRAs to small-business owners, and many advisors are no longer servicing these clients as a result.

“Since the beginning of 2016, we have seen the number of accounts in these programs decline by just over 20 percent and project that these accounts will shrink from the 2016 levels by 28 percent before the end of this year, and by 41 percent by the end of 2018,” Knoch said.

Some of their advisors are also increasing their minimum account sizes or ending relationships with clients whose accounts are not profitable to serve.

To date, the firm has spent 35 percent of its profits on DOL-rule compliance.

Jerry Lombard, president of the private-client group at Janney Montgomery Scott, said 10,000 of his firm’s retirement accounts will go to a “no advice service” desk because those accounts are no longer cost effective to serve.

“How switching small retirement savers from a full-service advisor to a ‘no advice’ service desk is in their best interest, I will never understand,” Lombard said, testifying on behalf of SIFMA.

Wagner’s proposal would provide a better path forward, he argued.

“The best-interest standard of conduct under the Discussion Draft would apply to the totality of the relationship between consumers and financial professionals,” said Mark Halloran, senior director, head of industry and regulatory strategy, Transamerica. “The bill also installs important statutory safeguards to permit transaction-based financial professionals, including broker/dealer registered representatives and insurance agents, to continue to offer products and services to retail investors under traditional compensation models.”

But opponents of the draft argued that it would be a “watered down” best-interest standard.

“By failing to identify the standard as a fiduciary standard and deviating from the standard applicable to all other advisors, the bill permits something short of full fiduciary protections,” said Cristina B. Martin Firvida, director of financial security and consumer affairs, AARP.

“The foundation of the Wagner Bill is based on two premises which are verifiably and simply not true,” said Knut Rostad, president of the Institute for the Fiduciary Standard. “The first one is that disclosure ‘works.’ The second one is that no other human-advice option exists for investors who are fired by their broker because the broker cannot put their best interest first.”