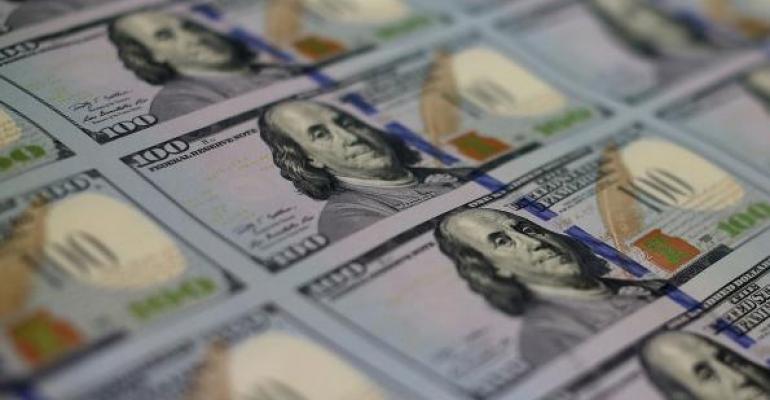 Congratulations America: Your Paycheck Will Soon Clear in One Day

(Bloomberg) -- It’s Friday, and your paycheck is missing a zero. Even if payroll owns up to it, you could be waiting until Wednesday to get your money. Your power company is threatening a penalty for an overdue balance? Don’t expect your last-minute payment to get there in time. Waiting for the market to drop before buying stock? By the time the money gets to your mutual fund, it will probably have recovered.

Americans are used to getting what they want when they want it. Their money, though, usually takes its time. If you want to move cash from one bank to another, your quickest option even in 2016 may be to withdraw it and walk across the street. This glitch in our otherwise lightning-fast financial system is an antiquated network known as the Automated Clearing House, or ACH. More than $41 trillion per year moves reliably and cheaply—but slowly—over this platform, first built in the 1970s. One big reason for the lag is that banks synchronize their accounts with the network only once a day.

The ACH is finally getting an upgrade. Banks are now required to sync up to the network three times a day, at least to receive payments. This makes it possible for money to arrive on the same day it’s sent.

“It’s a tremendous move forward in terms of all the financial institutions coming together and creating this new payments capability,” said Janet Estep, chief executive of Nacha, the administrator of the ACH network. More than 95 percent of the country’s top financial institutions plan to offer same-day settlement to customers, according to a Nacha study. Initially, the most common uses are expected to be for payroll and business-to-business payments.

The U.S. is catching up to dozens of other countries that already have same-day, and even real-time, payment networks. “It’s just a general trend to see a tightening of settlement times,” said Kathleen Dwyer, principal product manager at payments technology company ACI Worldwide. “That’s a general trend that we’ve seen all over the world—and now the U.S. is taking that up.”U.S. banks are upgrading their systems only after other domestic players tried faster ways to move money. Visa Inc. and MasterCard Inc. offer Visa Direct and MasterCard Send, which provide real-time disbursement options for cardholders. Dwolla Corp., a digital payment network, recently announced a pilot program for companies that want to make same-day payments over the ACH network.

The ACH is part of the complicated, interlocking system of payment networks used by U.S. banks, businesses, and consumers to transfer money. Banks tend to move money either with checks, with ACH, or with their most expensive option: wire transfers. Meanwhile, credit-card companies run their own networks, and newer payment companies such as PayPal Holdings Inc. tend to use a combination of networks to get money from point A to point B. Efforts to use digital currencies, such as bitcoin, to move money around are still mostly in the experimental phase.

The big advantage of sticking with a now-speedier ACH is that it’s cheap and used by every U.S. bank or credit union. The system charges a flat rate that typically varies, depending on transaction volume, from 10 cents to 50 cents, while debit card transactions cost about 1 percent of the overall sale, and credit cards charge more than 2 percent.

Slow-moving money can be especially frustrating for small businesses and startups that don’t have a lot of spare cash sitting around. Accountant Jody Padar, chief executive officer of New Vision CPA Group, said her clients—many of them young entrepreneurs—don’t understand why it takes so long. “Everyone wants to get paid faster,” Padar said. “The whole world works in real time now, but banking hasn’t quite caught up yet.”

But don’t expect things to change overnight. It may be awhile before Padar’s clients notice their money moving faster. The ACH upgrade, which began on Sept. 23, will be a gradual process, so banks and businesses have time to modify their systems.

Starting this month, banks are required to be able to credit an account for same-day payments sent from another bank. A year from now, banks will be able to debit money from an account on the same day it’s requested. That should be useful to consumers who want to pay their bills to utilities, credit cards, insurers, and mortgage companies and be certain their money arrives the same day.

By March 2018, all same-day ACH payments will need to be available for withdrawal by the end of the business day. For now, there’s a $25,000 limit on same-day transactions, and the money can’t be moved internationally. Pricing for the service will be determined by individual banks.

This month’s changes to the ACH network will likely be most useful to businesses that need to quickly disburse money to consumers, such as those awaiting insurance claims or payroll checks. Problems with paychecks can be “a very sensitive topic,” said Frank Fiorelle, senior director of risk management for Paychex, the company that handles payroll for one of every 12 private-sector employees in the U.S. “People expect money in their account on a Friday.”

Before the ACH’s upgrade, the quickest way to fix a paycheck error was through a wire transfer, but they can be cumbersome and expensive, costing $25 or more each. In this new world, as long as payroll problems are identified before the early afternoon, Fiorelle said, Paychex will probably be able to get workers their money before the end of day, at no extra cost.