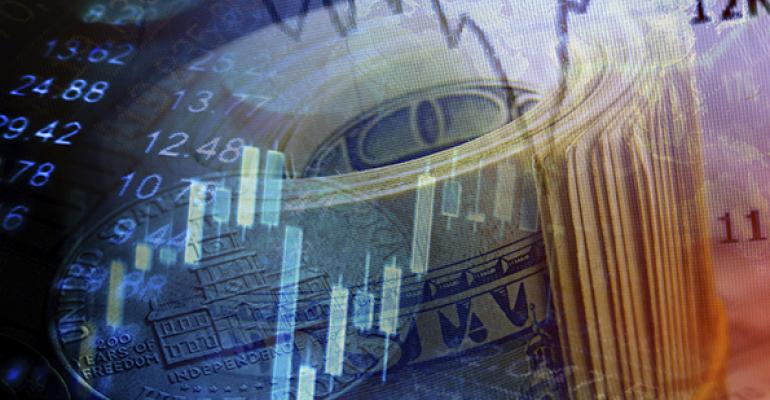 Two of the industry’s most prolific acquirers said on a webinar Tuesday that the meteoric rise in valuations which began in 2019 is showing no signs of slowing in the face of the pandemic, while cash considerations are now the dominant characteristic of deal structures.

The webinar, entitled Fact Versus Fiction: Investigating the “Truth” in Deal Structures, was hosted by RIA management consultant Advisor Growth Strategies and sponsored by BlackRock.

Fresh off Captrust’s announcement Tuesday of its third acquisition this year alone and its 41st since 2006, Captrust M&A architect Rush Benton said, “It's really amazing to me where some smaller firms are trading as a multiple of EBITDA. I would attribute that to the number of buyers and the amount of cash that's looking to find a home.” Buyers are swallowing “anybody and everybody just because you have to put money to work,” he said.

“Valuations were already pretty high,” said Karl H. Heckenberg, president and CEO of Emigrant Partners. “We're seeing midsize firms—I would define that as $500 million to maybe $800 million that are ‘okay’ businesses—nice firms, but they’re not going to blow you away—we're seeing multiples [previously] reserved for larger, more sophisticated kinds of multigenerational firms.” The guidance that the bankers are given when the bids come in are “well above I think even what the banker thought that they'd be,” said Heckenberg, agreeing that the trend demonstrates a lack of discipline.

AGS managing partner John Furey confirmed that, according to his 2020 RIA Deal Report, released June 4, which looks at 31 deals that closed in 2019, median valuations, as reflected in EBITDA multiples, skyrocketed industrywide 30% in 2019, and despite the pandemic still show no signs of slowing, demonstrating the industry’s unwaning confidence in “future success.”

Brandon Kawal, a principal at AGS, added that “multiples will stay strong provided the market avoids a protracted downturn, demand remains high, and the cost of debt capital remains low.”

“If you don't have cash in hand capital ready to go, a deal team, an integration team, [sellers have shown they’re] ready to fold everything,” said Benton.

“They can force the issue for more cash consideration There’s definitely a trend towards more cash,” said Heckenberg.

In its report, AGS calls the shift toward cash from equity “a flight to certainty” by both buyers and sellers motivated by cash being the “low-cost currency” and buyers’ growing reluctance to part with equity. AGS found that since its last deal report, which covered 2015-2018, and its current report, which covers 2019, the cash portion of deals rose 23 percentage points to 70%, the equity portion fell 19 points to 22%, and the contingent slice fell 4 points to 8%. 60% of these deals had no equity at all,” Furey said.