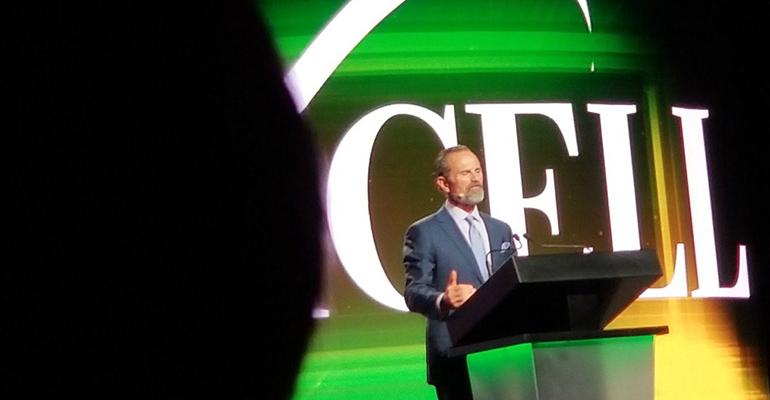 Carson Group, fast approaching $6 billion in AUM, is now offering capital in exchange for equity to its partner advisors.

Carson Group is bringing new technological and entrepreneurial vision to independent registered investment advisors. In addition to announcing the next generation of its Digital Client Experience, a single-entry portal designed for 80 percent of advisors’ daily activities, the company revealed a new avenue for growth: extending an offer to take a 25 percent equity stake in its partners’ businesses.

Three firms, collectively managing $1.3 billion in assets, have already sold a quarter of their equity to Carson Group. “This agreement enables participating advisors to adopt the trusted Carson Wealth name and enjoy the brand recognition of a Barron’s Hall of Fame firm, all while maintaining a majority stake in—and complete ownership of—their practice,” the Group said in a statement. The success of the limited rollout, which started in January 2018, led to the opening of the option for all businesses that are part of Carson Group Partners.

“We're ready, willing and able to help an existing partner or a potential partner that's going to come on board with us and join our movement,” said Aaron Schaben, executive vice president of Carson Group.

After being approached by a firm, Carson Group’s mergers and acquisitions team does a valuation of the advisor’s business. “We want this to be a very strong long-term relationship, whether or not we have a partnership already with them,” said Schaben. He emphasized the importance of having a business strategy in hand for any firm approaching Carson Group with the intention of selling.

“We can be the rocket fuel to help them grow,” Schaben said, comparing the Group’s approach to that of Warren Buffett. “He finds great businesses, great partners, and he lets them operate their business as they always have. And when they need him or when they need capital, they come to him and he helps get it done,” he explained. “He helps them build their business in any way that they can. That’s our approach.”

As minority owners, Carson Group receives a percentage of the profits. Should the two parties mutually agree to separate as owners, the advisor would receive the right of first refusal, allowing them to buy back ownership of the business before other parties. “What’s different about this structure is that these are partners,” said Schaben. “This isn’t just a capital transaction, this is alignment. This is helping advisors grow their business because they already utilized or are going to utilize all of our value-added services.” He expects the equity model to facilitate partners growing their businesses through their own acquisitions, for example.

Carson Wealth will have 11 locations nationwide by the end of July, according to Schaben, either in offices the Group already opened or through participation in the equity model.

It’s a variation on a theme employed by Dynasty Financial last year when they announced their “revenue participation note program,” an addition to their existing lending business. Under the revenue program, advisors can sell up to 10 percent of their revenue stake to Dynasty Capital Strategies and use the funds for anything from expansion costs to acquisitions to repaying wirehouse retention bonuses. Over half of Dynasty’s roughly 45 firms have participated in the capital program, according to Sally Cates, company spokesperson.