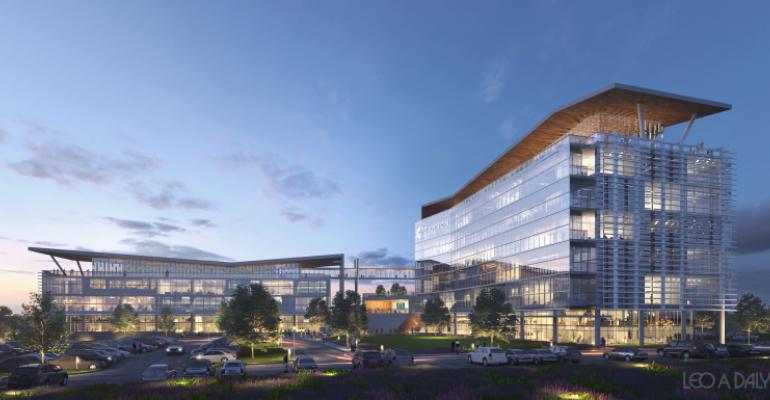 To support its growth, the RIA is moving into two office towers near downtown Omaha, with capacity for 2,000 employees.

Carson Group, an Omaha, Neb.-based wealth manager with $8.6 billion in assets, plans to break ground this summer on a new headquarters expected to cost $80 million and house as many as 2,000 employees.

The first of two development phases will break ground this summer. Carson Group's 300 employees will move into a single, six-story tower with 120,000 square feet of space capable of accommodating as many as 1,000 workers, depending on how the space is organized. The space unoccupied by Carson Group will be leased to other companies and then gradually taken over by the wealth manager as its head count grows, spokeswoman Jessica Torchia told WealthManagement.com. The company has no current merger or acquisition plans that would have required a rapid expansion of its headquarters.

The first tower is expected to cost $50 million and be completed before the end of 2020.

At the same site, a separate tower with 30,000 square feet of office space, capable of housing another 1,000 employees, will eventually be built. There is no specific timetable for that phase. Its completion date will be determined by Carson Group's growth and demand from businesses that want to lease the space in the interim, Torchia said. Phase 2 is projected to cost $30 million.

The wealth manager has made other big changes in recent months. It recently updated its logo and website to better define its family of companies that service investors and financial advisors. CEO Ron Carson said in December he planned to drop his personal FINRA registration, making it easier for his network of advisors to follow suit.

Carson Group attracted a record $4.4 billion in new net assets in 2018, bringing its total at the end of the year to $7.5 billion. The firm was short of an adjusted forecast by Carson, who described the firm’s growth trajectory as “exploding” last summer and said it could top $9 billion before 2019. Carson Coaching included more than 1,285 member firms across the U.S. and Canada at the end of last year.