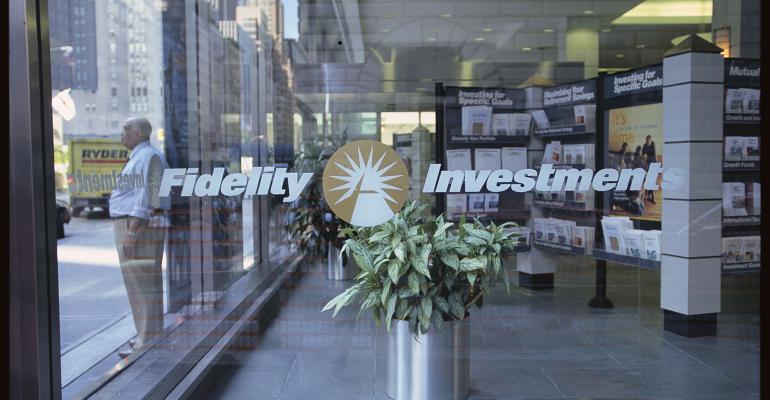 Discount brokerage firms are cracking down on their own advisors who have jumped ship for other firms or independence.

Like many breakaway advisors, Paul Michel felt he had the chops to be an independent advisor and an entrepreneur but was constrained by the large financial services firm that employed him. So, like many others, he jumped ship, created his own registered investment advisory firm and hung out his shingle.

At Provident Financial Planning, the firm he started in 2017, “you avoid the big-company feeling of retelling your story and getting transferred from department to department only to be transferred again,” he wrote in a personal manifesto on the firm’s website.

Michel knew that “big-company feeling.” From 2010 to 2012 he toiled in entry-level jobs at Northwestern Mutual Investment Services and Lincoln Financial Advisors Corp. His break came when he landed a position at a Fidelity Brokerage Services’ branch in the tiny Dallas suburb of Southlake. He advanced from Investor Center Investment Representative to Account Executive to the plumb position of Financial Consultant, which brought with it access to a treasure trove of Fidelity clients with a minimum of $250,000 in assets invested.

Soon after the birth of his second daughter in fall 2017, Michel decided to make his move. While on paternity leave, he began actively sowing the seeds of Provident. According to court documents filed in a suit brought against him by Fidelity in the U.S. District Court for the Northern District of Texas in Fort Worth, he did this by calling his Fidelity clients, telling them that he had created his own “boutique” investment firm and asking them for their business. On Dec. 4, 2017, the day he was supposed to return to work in Southlake, he triumphantly taped his resignation letter to his manager’s door.

A few days after he posted his resignation, Fidelity noticed that a number of his customers had started transferring their assets to TD Ameritrade, Provident’s custodian, and sent him a cease and desist letter. He ignored the notice, according to Fidelity’s suit, which claimed he absconded with detailed financial information on over 350 Fidelity households with assets in excess of $466 million accessed via the company’s customer database, SalesForce, and that this information had resulted in the outflow of $25 million of client assets to Provident from Fidelity.

Wirehouses have long taken potshots at each other when it comes to advisors jumping from one firm to another—so much so that they agreed to a mutual cease-fire in the form of The Broker Protocol, setting a standard that some client information could be retained by an advisor when they left a given firm for another.

Now, discount brokerage firms that have been growing ranks of internal financial advisors of their own—including Fidelity, Charles Schwab & Co. and, most recently, E*Trade Financial—are being hit by the same phenomenon: defecting financial consultants who leave their branches for either an independent RIA or another firm, and try to bring their client relationships with them.

None of these companies are in the Broker Protocol, and the pace of lawsuits against these advisors, and the firms that hire them, is quickening. In the past several months, at least 12 advisors from discount brokerages, including Michel, have been sued by their former employers.

Ironically, the destination for a handful of these breakaway discount brokers is wirehouse firms, which seem to sense that these branch offices are decent hunting ground for new recruits. In the spate of recent lawsuits, Morgan Stanley was the destination for three defectors, Merrill Lynch for two. Both firms declined to comment.

Corey Kupfer, an industry attorney whose New York-based firm Kupfer & Associates works with investment advisors and RIA firms on startups, noted that the wirehouses “have certainly been losing more advisors and it may be that they are doing less recruiting from each other at the wirehouse level. They are losing more and bigger teams to independents so maybe they are trying to replace them there.”

According to the companies stung by the departures, these financial consultants never developed their own book. Instead, their clients were referred to them by the companies in question, and although the consultants may very well have cultivated the clients’ business, the clients are customers of the companies, and their information “trade secrets” owned by the firms themselves.

One senior advisor at a large RIA that has been in the acquisition game over the past few years but did not want to be named said that Schwab and Fidelity were trying to make a statement with these lawsuits, so much so that his outside counsel recommended his firm avoid taking on advisors with resumes that included stints at those companies altogether.

Financial consultants in these brokerages are significantly large teams; Schwab’s private client group has over 600 advisors managing nearly $100 billion in assets for over 100,000 households, the majority of whom are high-net-worth clients, according to their form ADV. They have a $500,000 minimum and charge 80 basis points. They work with clients to help them set goals, determine their financial strategies and review their progress. They can partner with other employees to provide estate, income and retirement planning.

The entire team has access to detailed financial data on clients, which is a lot of information to put in the hands of branch employees who could quickly turn around and bail for a higher bidder. Schwab, Fidelity and E*Trade have sought to protect themselves by requiring employees to sign agreements upon hiring and promotion featuring confidentiality provisions and clauses that bar employees from soliciting clients for 18 months after they leave the firm.

But believing they are armed with a host of client relationships, the lure of better opportunities for these advisors can be strong. Two months before he joined LPL Financial, Michael E. Collins, a Schwab Private Client Financial Consultant, disarmed the security system at the company’s North Dallas branch and left approximately five hours later after having accessed 418 client overview screens in the company’s Client Central database, according to a suit filed by Schwab earlier this year. Schwab asserted that the overviews “contain a treasure trove of proprietary information about clients, including their names, addresses, email addresses, phone numbers, Schwab account numbers, account values, dates of birth, drivers’ license numbers, and in some instances mothers’ maiden names and account passwords.”

Access to this kind of information raised privacy concerns with some clients after the fact. After getting a solicitation card from Gregory Jones, another former Schwab client advisor who left the company’s Fort Worth branch in October 2018 for J.P. Morgan Securities, one Schwab client complained, according to the lawsuit, “it makes me mad…Who knows what data from a lot of different clients goes out to yet another firm?”

Schwab spokeswoman Mayura Hooper said in a statement that “Schwab considers the protection of customer information and confidentiality to be of utmost importance and expects that its representatives will comply with their contractual and legal obligations concerning customer information. However, if it becomes necessary, Schwab will not hesitate to enforce those obligations in a court or arbitration proceeding.”

Kupfer, the industry lawyer, noted that privacy concerns trump everything else in these suits. “Even in California, where it’s nearly impossible to enforce non-solicits, in pretty much every state they will enforce them if confidential information is taken. That’s the biggest thing” where leavers run into trouble, he said.

Kupfer noted that while wirehouses typically have deeper pockets than traditional RIAs to defend breakaways, “if an advisor does something wrong, you can’t depend on a wirehouse to stick by you. Morgan Stanley is not going to want you to have taken confidential information.”

In many of these cases, the departing advisor is clearly in the wrong, at least in terms of their employment agreements. But that doesn’t mean there are not ways for them to advance their careers beyond the brokerage branches without legal entanglements. “There are ways to leave and not get sued. We’ve done breakaways out of Goldman Sachs and Morgan Stanley, which are also non-protocol firms,” Kupfer said.

In some cases, the wirehouses taking on these advisors have a passive-aggressive stance toward the litigants. In the case of Christopher Corcoran, a financial consultant who left Fidelity’s Houston Memorial office in 2018 for Merrill Lynch, Fidelity informed the in-house counsel of Banc of America, which owns Merrill, that its former employee had absconded with proprietary information, but as of the filing of its suit against him in March 2018, Fidelity had yet to get a response, according to court documents. In June of 2018, Judge David Hittner stayed the case pending arbitration. Merrill Lynch declined to comment.