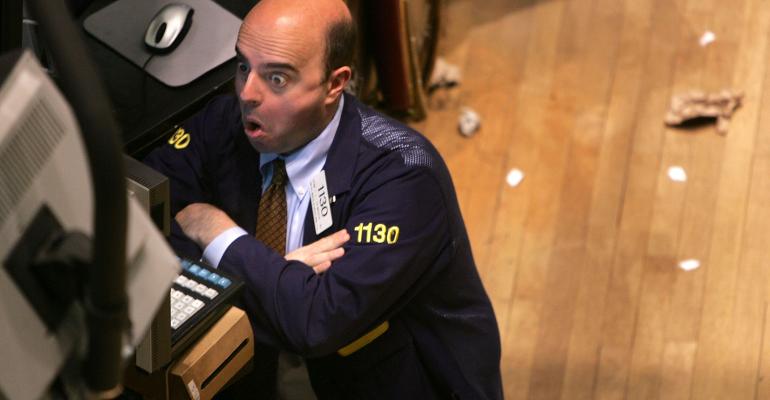 Boring Wall Street Analyst Notes Are Out. Bold, Funny Are In

Snappy titles and bold predictions are the rage. One caveat: Get it right.

But instead of 17 Cat Vines That Will Slay You Every Time, Bank of America Merrill Lynch is putting its hard-won reputation as the world’s top-ranked researcher on the line as it seeks to redefine how to sell ideas to the financial elite.

Gone are long-winded daily market summaries and thinly read reports. In their place, global research head Candace Browning is pivoting to primers and thematic pieces with snappy titles to get readers’ attention. Most important, she’s pushing her team of almost 700 to make bolder predictions. That mandate comes with a warning, though: Get it right. Repeated flops can cost an analyst their job.

“The only research that’s worthwhile is original, anticipatory ideas” that generate returns, she said in an interview at the bank’s office overlooking Bryant Park in Manhattan. “You have to tell clients something they don’t already know.”

It also helps to show some personality. David Woo at Bank of America, for instance, likened the dollar-yuan exchange rate to a bad marriage in one report. Societe Generale SA’s Kit Juckes has been known to weave  Bob Dylan lyrics and Latin proverbs into his notes. And at Credit Suisse Group AG, Shahab Jalinoos dropped rhymes by rapper Notorious B.I.G. into analysis of the Bank of Japan’s monetary policy.

With more than half a million jobs vanishing from the biggest banks since 2008, researchers are under pressure to prove their worth by making recommendations that are both prescient and memorable. European Union rules that will require investors to pay for research may create even more incentive to stand out.

At BofA, the push for out-of-consensus predictions is evident in research from Woo, a foreign-exchange, rates and emerging-market strategist in New York. In "The Great Divorce," published in November 2015, Woo outlined the biggest call of his career, arguing that China’s currency could tumble as much as 10 percent against the dollar in 2016. The estimate was the fourth-most pessimistic of more than 40 forecasts. The onshore yuan has fallen more than 7 percent since, reaching an eight-year low last month and leaving rival strategists racing to catch up.

“The most powerful recipe for a great trade is when you have a contrarian view and the market is so positioned in the opposite direction,” Woo said. “If you get it right, you can hit a home run.”

“There’s reputation risk involved in being counter-consensus -- if you’re in the crowd, no one will notice that you’re wrong because everyone’s wrong,” said Daragh Maher, New York-based head of U.S. currency strategy at HSBC Holdings Plc. “If it goes your way, then you look good because you were unique, or in the minority, getting it right. But obviously if it goes wrong, then equally it’s, ‘What were you thinking?”’

Beyond advocating bold bets, letting your personality shine through keeps clients engaged, said Juckes, a global strategist at Societe Generale in London. He’s riffed on titles such as the Dylan anthem “The Times They Are a-Changin”’ and “What shall we do with the drunken sterling?” in recent reports. This kind of lyrical approach isn’t necessarily for everyone, true, but its appeal can be seen in Juckes’s Twitter audience, which has swelled to more than 16,000 followers.

“I make a conscious effort to try to be at least reasonably amusing or lighthearted,” said Juckes. “I want people to read what I say and come back and argue about it -- I want them to want to talk to me and see me.”

For clients, there can be value in these aggressive calls even if they don’t trigger a change in investment strategy.  Brendan Murphy, a Boston-based director at Standish Mellon Asset Management Co., likes how Woo’s analysis pushes him to rethink assumptions.

“Even if you don’t agree with him, he argues his position very strongly and very confidently,” Murphy said. “It’s very good, particularly if you disagree with him, because it makes you question your own views.”

Even after topping Institutional Investor’s global research rankings for five years, Browning said BofA analysts who play it safe won’t stick around. Researchers who make two or three big calls a year will be judged -- and paid -- based on their success. When calls go bad, analysts are expected to scrutinize and revise them if needed, and any strategist who fails to produce a track record of good investment ideas will be shown the door.

“This isn’t about making a splash, it’s not about the analyst becoming famous, it’s about the power of ideas for our clients,” Browning said. “There’s nothing more fun as an analyst than creating an investment insight and seeing it work on the tape.”