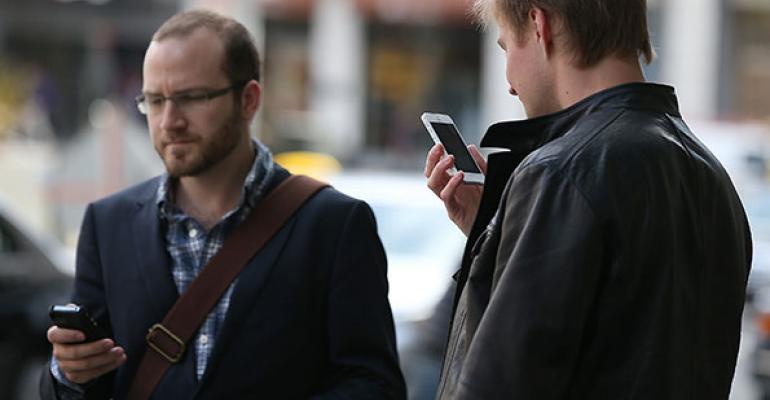 Welcome back to the doldrums.

One bond trader says he’s been slipping out early to watch his kids play sports. A fund manager says his office just staged a golf retreat. A trading supervisor at another bank confides he’s swiping through a lot of profiles on Tinder, the dating app.

Welcome back, Wall Street, to the doldrums.

After four straight quarters of rising income from trading, the biggest U.S. investment banks spent the past few months in a renewed slump. Shareholders will soon see how dull it’s been. Analysts estimate the five largest firms will say their combined revenue from trading dropped 11 percent from a year earlier to $18.4 billion -- the smallest haul for a second quarter since 2012. The banks start posting results July 14.

Behind the scenes, traders grouse about a lack of market-moving news. Congressional gridlock is eroding optimism that President Donald Trump can enact a sweeping, pro-business agenda. Other geopolitical frictions have yet to jolt markets. The Federal Reserve is sticking to its interest-rate path.

Among the hardest hit are fixed-income traders. Combined, the five firms are likely to say revenue from that business fell 16 percent to $11.2 billion, according to estimates gathered from nine analysts. At Goldman Sachs Group Inc., it probably tumbled 23 percent to about $1.5 billion, the estimates show. At JPMorgan Chase & Co., it likely fell 17 percent to $3.3 billion.

Warning Shareholders
Trading results are closely watched. The business generates about 25 percent of total revenue at the five banks and tends to be their most volatile major business. And to be sure, analysts -- often drawing on banks’ own commentary -- usually underestimate results. Citigroup Inc.’s net income, for example, has beaten their average estimate for 13 straight quarters. This time, the depth of a trading dip may be curtailed byan expected boost in lending fees.

Altogether, corporate-bond trading volume on Wall Street dropped 13 percent in the second quarter to $1.14 trillion compared with the first quarter, according to data compiled by Bloomberg. And in equities, the VIX Index, a closely watched measure of volatility developed in the 1990s, dropped to its lowest level in more than 23 years.

In interviews, 20 senior traders at more than a dozen major investment banks and hedge funds said that sometimes left staffs with too little to do, prompting boredom. One portfolio manager said he left work for a few hours in late June to play his recently delivered Nintendo -- the NES Classic Edition -- a new miniature version of the iconic video game console originally released in 1985.

The manager who traveled to Massachusetts for an afternoon of golf said his firm only schedules big staff outings when things are pretty much dead. The executives asked not to be identified discussing their activities.

Surprise Needed
One bank trader said the quarter felt particularly dull because of the months-long crescendo of activity that led up to it. Britain’s vote to exit the European Union jolted markets last June. Trump’s election victory in November extended the run.

But in the second quarter, the flurry subsided. The slowdown soon began to chip away at the so-called Trump Bump that once boosted bank stocks. Investors are concerned the president and his Republican allies may struggle to enact policies to help big Wall Street banks.

“What’s frustrating people more than anything is the lack of movement,” said Thomas Roth, head of Treasury trading at MUFG Securities Americas Inc. At this point, traders need a major overhaul of U.S. regulations, a significant shift in fiscal or monetary policy, or some other surprise to trigger sustained investor action, he said.

“Something always blows up over summer,” he said. “We’ve seen it for many years.”

But even an escalation -- or resolution -- of tensions with North Korea, or a terrorist attack, would probably only spur a “a very short and temporary impact,” Compass Point Research & Trading bank analyst Charles Peabody said.

Taking Vacations
Of course, some traders said they are used to a slowdown near the end of any second quarter as colleagues take summer vacations. Others said they were filling their calendars, meeting with additional (often idea-hungry) clients. One senior sales executive said he was using the time to scoop up new hires, anticipating his firm will gain equity commissions as some rivals’ weak volumes force them to pull back.

“As a salesman or trader, it does get to the stage where you go, ‘Christ, what am I going to do for the rest of the day?’” said Chris Wheeler, a bank analyst at Atlantic Equities. “I don’t think anyone is going to be that keen to be on the desk when it’s so quiet. The danger is people get quite bored.”