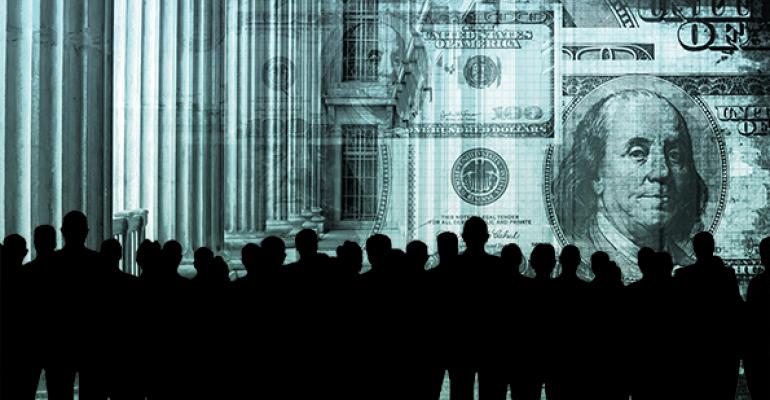 The Biggest Challenge for RIAs? They All Look Alike

The RIA space is growing, but don’t overlook the complexities. Most advisors aren’t cut out for running their own business, and need to focus on differentiation.

The registered investment advisory market channel has grown 12 percent per year since 2005, four times faster than the wirehouses, according to Schwab Advisor Services, citing a Cerulli Associates report. That market share is expected to grow another five percentage points to 28 percent by 2020. “It’s a perfect storm,” said Shirl Penney, president and CEO of Dynasty Financial Partners, a firm that helps employed advisors break away from their firms, set up their own shop and serve their clients as an independent.

But with growth come complexities and challenges, according to panelists at a roundtable event hosted Thursday by Schwab. Chief among them: Few advisors who think they are cut out to be business owners actually know what that entails.

“Most advisors probably shouldn’t take the step to try and run their own business,” said Chris Dupuy, president of independence at Focus Financial Partners, adding that many underestimate the challenge. “Can you understand all the aspects of decision-making that you’re going to need to have as an organization going forward?”

“We know going in that the groups we’re working with are really good at the client experience, helping clients make good decisions about their future,” Dupuy said. “We want to make sure that that doesn’t get watered down with what is going to be a very significant amount of business-running aspects.”

Advocates of independence cheer the fact that there are now more choices in terms of models and platforms for helping advisors achieve that goal, but that is actually more of a problem, Penney said.

Another problem Penney sees is that many large RIAs are overstaffed. For the average advisory firm Dynasty is serving, they pay about 10 to 15 percent in fixed costs — staff and real estate. For advisors outside of Dynasty, it will be twice that, he said, dragging down gross margins.

“If you look out at the legacy RIA space, the margins aren’t there,” he said. “They might be great advisors, but they’re evolving as the CEO in being able to drive scale within their business.”

Christopher Forte, who left Wells Fargo Advisors in 2014 to launch his own firm — Integrated Investment Consultants — in Birmingham, Mich., said he doesn’t believe he’s the right person to act as CEO of his own firm.

“We’re in an environment where there are still a number of very good advisors in that space that had entrepreneurial spirit. There will be many, many more RIAs created,” Forte said. “So how am I going to differentiate Integrated from what will be a much more crowded playing field five to 10 years from now?”

“Competition is the challenge of the future for independent advisors, and as there’s more of them, differentiation is critical,” agreed Jon Beatty, senior vice president, sales and relationship management, Schwab Advisor Services.

Asset allocation, rebalancing and financial planning isn’t enough, Beatty says. “You’re going to have to provide additional lifestyle-type services.” That might mean helping retired people relocate, or helping parents not just save for college but actually help clients pick colleges for their children.

“That’s tough for the scale players,” Beatty said. “Scale players can’t go into those nuanced aspects of individuals’ lives and that’s where outsized differentiation can be captured.”

“Every year, we are literally launching multiple billion-dollar new firms coming into this space who are going to say the same thing," said Penney. "They’re fiduciary-based; they have the triangulation of advice. Ultimately what differentiates advisors, I feel, is competency of the team and the quality of the service that they provide.”