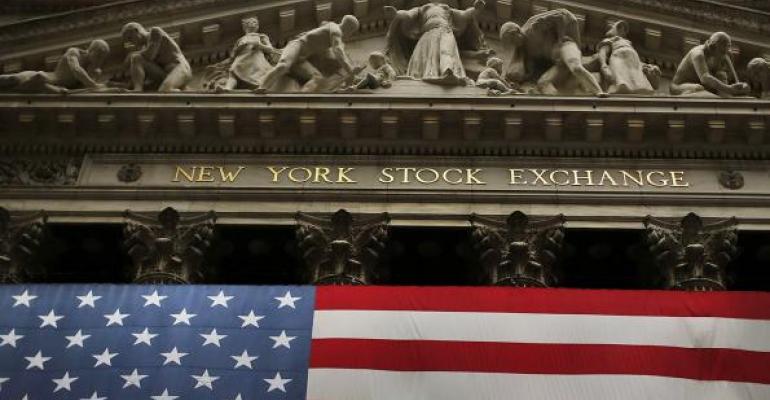 (Bloomberg) -- The ultimate winner if Brexit forces banks to flee London may lie 3,500 miles away, far beyond the borders of Europe.

New York, even more than Frankfurt or Paris, is emerging as a top candidate to lure banking talent if London’s finance industry is damaged by Britain’s divorce from the European Union, according to politicians and industry executives.

That’s because the largest U.S. city, rather than European finance hubs, is the place that rivals the depth of markets, breadth of expertise or regulatory appeal boasted by London. Continental Europe will win some bank operations to satisfy regional rules ensure time-zone-friendly access to its market, but more may eventually shift across the Atlantic to the only other one-stop shop for business.

“There is no way in the EU there is a center with the infrastructure or regulatory infrastructure to take the role London has," particularly in capital markets, John Nelson, chairman of Lloyd’s of London, said in an interview. "There is only one city in the world that can, and that is New York."

For many global investment banks, London is their largest or second-biggest headquarters. If the benefits of scale are diminished by having to move roles to Europe, banks may look to shrink their London operations even further by moving any workers able to do their job just as well from a different time zone, including global-facing roles in merger advisory, trading and back-office technology and finance.

Additional jobs may move as specific trading activities seek a new epicenter. London Stock Exchange Group Plc Chief Executive Officer Xavier Rolet was blunt, saying that if Brexit strips London of the ability to clear euro derivatives trades, the entire business would move to the only other city able to clear all 17 major currencies: New York.

“The big winner from Brexit is going to be New York and the U.S.,” said Morgan Stanley CEO James Gorman said at a conference in Washington this month. “You’ll see more business moving to New York.”

One major Wall Street bank has already begun reallocating U.K. headcount, and probably will end up moving many non-essential staff out of Europe altogether to the U.S. or Asia, said a senior banker at the firm, who asked not to be identified because the plan is private. New York, now mainly a hub for dollar-denominated securities, could lure trading desks that had used London as a base for macro trading, speculating on currencies, bonds and economic trends around the world, the executive said.

Bank bosses have given up hope that British Prime Minister Theresa May will be able to strike a post-Brexit deal that preserves the right to sell goods and services freely around the EU, according to three people with knowledge of their contingency plans.

The problem they face is that it’s hard to match London’s advantages. Most local EU regulators are unlikely to be able to cope with an influx of investment-bank license applications, and many locations lack the necessary real estate, infrastructure or quality of life. When London this year topped the Z/Yen Group’s index for financial centers based on their attractiveness to workers in the sector, New York came second, ahead of 19th-place Frankfurt and Paris ranking 29th.

If the finance industry does leave London for elsewhere in the EU, it’s likely to fragment. That’s a particular problem for U.S. banks, which spent more than two decades centralizing European operations within the so-called Square Mile. The U.K. is home to 87 percent of U.S. investment banks’ EU staff and 78 percent of the region’s capital-markets activity, according to research firm New Financial.

There are limits to a wholesale transplant of London’s finance industry. A big one is the need to be inside the European Economic Area to sell goods and services to its more than 450 million citizens. Another is time. It’s 3 a.m. on the Eastern seaboard when European markets open, and 9 p.m. in London when the New York Stock Exchange rings the closing bell.

Culture also matters. A foreign bank may struggle to convince regional companies that it understands their businesses better than a domestic firm. Some companies would have little reason to raise capital or issue debt in dollars. And Asian financial hubs like Singapore and Hong Kong will also try to attract business at London’s expense.

Not all firms want to start spreading the news. One U.S. bank says it won’t be moving people back to the U.S. after Brexit, with an executive there saying it can win more business by maintaining its European presence as other lenders pull back.

Chancellor of the Exchequer Philip Hammond has cautioned European governments that attacking London’s financial heft in the Brexit talks could end up costing them by driving financial services elsewhere. Bank of England Deputy Governor Jon Cunliffe also last week listed New York as an attractive place to do business outside of Europe.

Open Europe’s Vincenzo Scarpetta echoed such warnings. In a report released today, he and colleagues urge the government to give banks maximum certainty about the future and show EU governments how they benefit from the City of London.

“It’s not certain if banks move, they will move to another European hub,” said Scarpetta, a senior policy analyst at the London-based think tank. “New York, in particular, is a much bigger hub than Paris. If this happens Europe is worse off as a whole. This should be in everyone’s interest to avoid in the upcoming negotiations.”