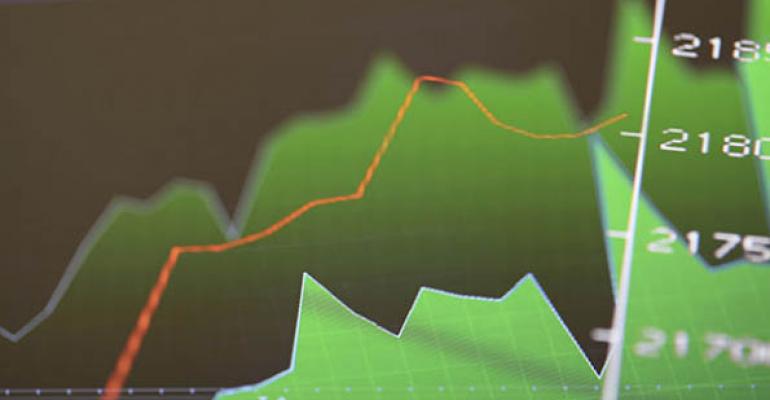 While the number of asset manager deals in 2016 kept pace with 2015, deal value grew 82 percent year-over-year to a total $17.1 billion, according to Sandler O'Neill + Partners’ 2016 Asset Manager Transaction review. The firm attributed the increase to four large deals valued at more than $1 billion. UniCredit sold Pioneer Investments to Amundi Group for $3.7 billion; Henderson Group merged with Janus, valued at $2.6 billion; Banco BTG Pactual sold BSI to EFG International for $1.3 billion; and a group of investors bought ARA Asset Management, valued at $1.3 billion. Last year’s deals in the space represented assets under management of $2.6 trillion, down 7 percent from 2015 and 3 percent from 2014. “The most in-demand capabilities included traditional global/international equities and fixed income strategies, which have faced fewer headwinds than domestic strategies in recent years from the reallocation to passive strategies,” the report said. Peter Crawford, executive vice president of finance for Charles Schwab Corporation, will succeed Joseph Martinetto as chief financial officer of the firm on May 16. Martinetto will continue with Schwab as senior executive vice president and will oversee the banking, technology and operations units; real estate and corporate development and strategy teams; and community service initiatives. He will also serve on Schwab's executive council. Crawford joined Schwab in 2001, coming from McKinsey & Company where he was an engagement manager. At Schwab, he's had a hand in a variety of the firm's businesses, including Schwab Funds, cash products, fixed income offerings and third-party investment platforms. While the ability to execute financial transactions remains intact for many clients in their 70s and 80s, financial decision-making capabilities often decline behind the curtains, according to a brief from the Center for Retirement Research at Boston College. This largely has to do with how cognitive ability changes throughout the aging process. As early as 30-years-old, our fluid intelligence, which involves memory, attention and information processing, begins to decline. Over time, that decline impacts decision-making in a serious way; meanwhile, crystallized intelligence expands with time and supports functionally carrying out routine activities, such as paying bills. This inverse relationship can make it difficult to detect whether an elderly client is susceptible to making poor financial choices and fraud, because on the surface, everything seems fine. Involving multiple, trusted family members in late-life financial planning talks is one way of protecting clients from this phenomenon, according to a MarketWatch article on the new research.