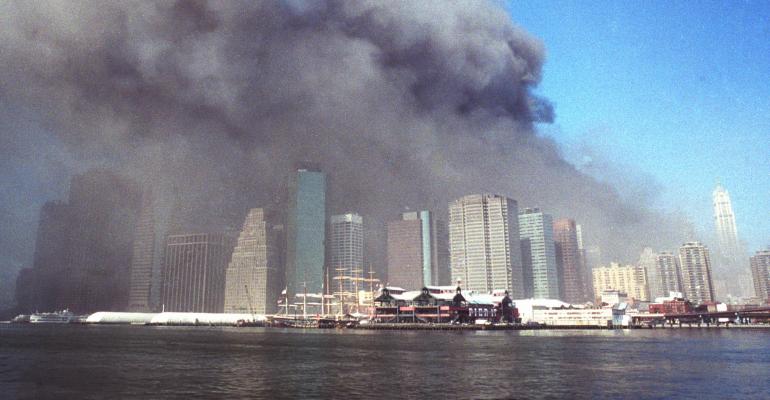 From the Archives: Reps Respond to Tragedy

The Sept. 11 terrorist attacks happened 20 years ago. Here is how Registered Representative magazine, the predecessor title to Wealthmanagement.com, covered the aftermath in its October 2001 issue.

In the wake of the terrorist attacks of Sept. 11, brokers found clients not so much worried about their money as they were concerned about their brokers and the nation.

“Nobody’s focused on the market yet,” says a Merrill Lynch rep who was reached at her branch in midtown Manhattan on Sept. 17, the day the market reopened.

“People are just happy to hear your voice,” she says. “When I start talking about the portfolio they say, ‘Whoa, whoa … we just wanted to make sure you’re OK.’ I’ve been getting calls from all around the world, literally—from clients, friends and people I haven’t spoken to in a long time.”

When the markets finally opened, the mood among full-service retail investors was overwhelmingly bullish, despite the sharp drop.

“We were braced for [selling],” says Pauletta Bonner, a Dain Rauscher rep in Tyler, Texas, about that Monday opening.

But retail clients were of another mind: “They called to say two things,” Bonner says. “One, they are thinking about me and I have their support, and two, they wanted to buy something. They wanted to support their country. It’s almost unpatriotic to be selling now.”

Reps around the country reported the same response from clients.

William Murphy, a rep with Edward Jones in Spencer, Iowa, has 2,500 clients and “only one client felt he had to do something”—go to cash at the market opening. “I think most of our clients are doing what they should do, hanging tough,” he says.

Ken Berman, a senior vice president at Salomon Smith Barney in Stamford, Conn., says many of his clients called over the weekend after the attack. By the morning of Sept. 17, he had 23 buy orders ready.

In the days following the news, reps quickly got in touch with clients, many working extra hours. Support was offered all around.

A Salomon Smith Barney rep in New York says clients called and emailed him at the office and at home soon after the attack, asking if he made it home safely to New Jersey Tuesday night (he did).

“A client called from Italy to say that pro-American sentiments among the Italians were running high,” the SSB broker says.

Another rep, at A.G. Edwards, was also in all day the Saturday following the attack, contacting clients. “I had just one client panic,” he says. Taking a moment to read a heartfelt message he got from a substantial customer, the rep points out there’s “not one word in there about her money. I’ve got a stack of these. All of them are concerned about me and about the friends [in New York] I haven’t heard about yet.

“I don’t think I’ve seen this degree of patriotism in my life,” he adds.

A few clients, however, were worried. Anxieties weren’t helped when some people heard banks were limiting withdrawals. A small percentage of unsophisticated clients expressed concern about the safety of their money.

“Some think their money was at the World Trade Center,” says a Morgan Stanley broker in the Southwest.

Impact of the disaster, of course, extends well beyond New York. At Edward Jones in St. Louis, traders had very close relationships with Cantor Fitzgerald people, Murphy says. “They have broken hearts.”

A Merrill Lynch broker in Connecticut says the atmosphere in the branch office was somber but resolute. “We’ve had great leadership in the country, and within the company and all the financial services companies. That leadership is filtering down.”

Getting back to work helps, but the aftereffects will linger. One New York City SSB broker made his typical morning commute from New Jersey back into midtown Manhattan via ferry Wednesday morning following the event. “It was unnerving to not see those buildings there,” he says.

A New Jersey rep who works at Morgan Stanley admits he is still emotionally shaken. “I could see the towers from my home, up on a hill, and I shot some video footage of the smoke billowing out,” he says. “I still cry every day.”

Salomon Smith Barney has been in constant contact with branch offices, mostly via email, since Tuesday morning, according to brokers. The firm reassured them it had contingency plans for such disasters and that SSB remained fully functional.

With initial reports that Morgan Stanley may have been hit hard, brokers there were especially apprehensive. “We’re hearing bits of news that some of our people did get out,” said one of the firm’s reps the day after the attack, his spirits somewhat buoyed by word that many had evacuated safely.

Most Wall Street employees were told not to go to work the following Monday and to await contact from supervisors.

Morgan Stanley, Merrill Lynch, Prudential Securities and Salomon Smith Barney were among the firms that had to relocate operations and branches.

Merrill Lynch had to find new space for 250 reps from the “SD” office in the South Tower of the World Financial Center, according to a spokesperson. The brokers dispersed to other offices in New York City.

Merrill executives are also working out of other locations in Manhattan, since the firm’s headquarters inside the World Financial Center building at 250 Vesey St. was heavily damaged and closed.

“I don’t know if anybody’s going back there—ever,” says one Merrill rep in midtown Manhattan.

Salomon Smith Barney’s Greenwich Street headquarters near the WTC complex was closed as well, although the firm says the buildings did not suffer structural damage. The firm decided to evacuate to make room for emergency personnel. All SSB employees got out, including everyone at the firm’s 7 WTC address.

The World Trade Center housed a number of Morgan Stanley support services, including compliance, asset management, IRA operations and training, according to press reports and brokers.

Morgan Stanley did not respond to calls by press time in mid-September, and brokers were unsure how they would be affected.

“There are a lot of support departments we talk to” located in the WTC complex, says the Southwest Morgan Stanley rep.

The firm’s management told the press and brokers that contingency plans put in place after the 1993 bombing helped.

“We have a lot of space in New Jersey,” says the rep. “And thankfully, [CEO Phil] Purcell and the executive staff moved into the Morgan Stanley headquarters” in midtown.

The firm’s systems—everything except email—were uninterrupted, reps report. Access to client records and news was unaffected.

Prudential Securities has two corporate facilities: Seaport Plaza and New York Plaza in lower Manhattan. Both remain open. All employees are OK, the firm says, and at press time they were going back to work in phases. A branch office at 1 Liberty Plaza was being relocated at press time. A spokesperson says a total of 134 people from the branch were moved to New York Plaza.

A UBS PaineWebber spokesperson says the firm had no offices downtown that were affected, including retail offices.

A.G. Edwards has an operations center on Broad Street, about 10 blocks from the WTC. It is fully operational, according to a spokesperson, but was operating with a skeleton crew due to commuting challenges. St. Louis staff were providing additional support.

Over the weekend following the attack, Merrill announced that several employees were still missing, including a SD office broker who may have been visiting the WTC complex, according to one source. Morgan Stanley also lost several people, but it was unclear at press time whether any were brokers.

The community spirit of the brokerage and investment community is spilling over.

Salomon Smith Barney’s Berman and his wife, Allene, run a soup kitchen in Port Chester, N.Y. He says there has been so much food donated to the WTC rescue effort that some of it is being redirected to their soup kitchen by the American Red Cross.

The extra donations will be put to “fantastic use,” Berman says.