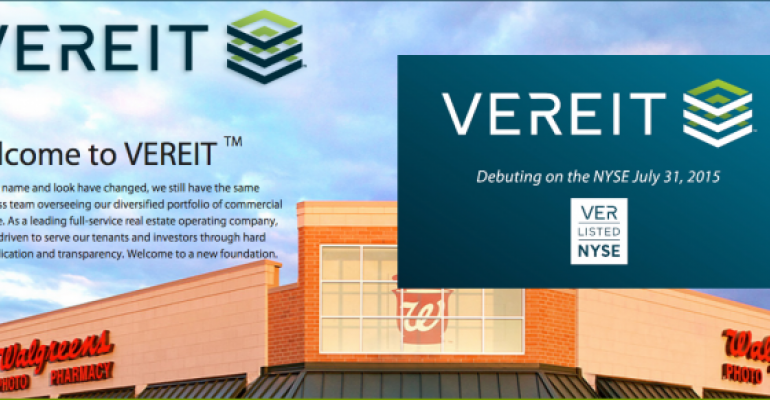 “Changing the name of the company was high on my list of priorities as we work towards establishing a new business foundation and organizational culture,” said Glenn J. Rufrano, CEO.

Since the accounting errors were discovered last October, the ARCP name has seen its share of negative press. The Securities and Exchange Commission and FBI launched investigations into the REIT sponsor, and several broker/dealers suspended sales of ARCP REITs following the news of the accounting errors. Since October 28, the firm’s stock price has plummeted nearly 32 percent.

Upon learning of the discrepancies, the firm’s Chief Financial Officer Brian Block and Chief Accounting Officer Lisa McAlister resigned from their positions. McAlister then sued ARCP, its former Chairman Nicholas Schorsch and former CEO David Kay, for $50 million, claiming Schorsch ordered her to cover up the improper accounting change and manipulate quarterly financial results. The suit was dropped earlier this year, just after the REIT sponsor cut ties with Schorsch, who co-founded the company.

Then in November, RCS Capital, another company originally controlled by Schorsch, called off the deal to purchase non-traded REIT sponsor Cole Capital from its sister company for $700 million, on the heels of the accounting error. ARCP responded by suing RCAP. The two settled in early December. RCAP agreed to pay a break-up fee of $32.7 million in cash and a two-year promissory note in the amount o $15.3 million.

Under the new name and branding structure, the company’s common stock will begin trading on the New York Stock Exchange under the tickers VER and VER.PFR starting July 31.

The rebranding will also include a new logo, brand messaging and new website, www.VEREIT.com.