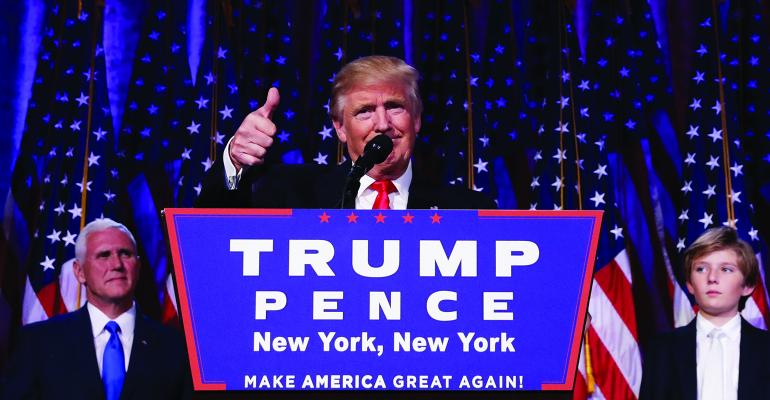 Advisors on the Trump Administration

WealthManagement.com polled nearly 350 retail-facing financial advisors in the wake of Donald Trump’s victory in the presidential election to see how they think a Trump presidency will affect their business and the industry.