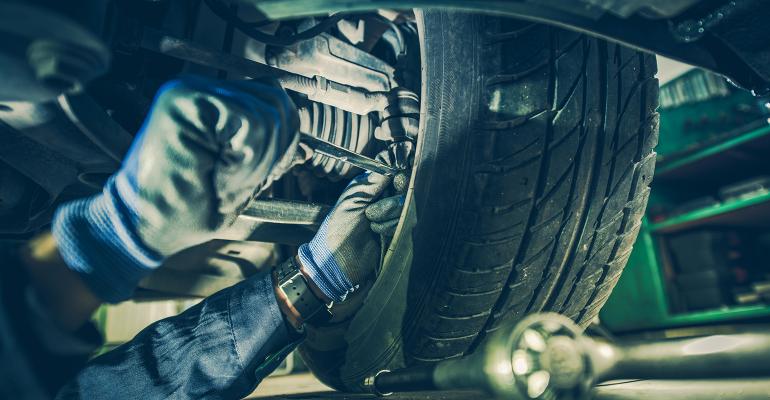 Advisors Rank Almost as Low as Mechanics on Trustworthiness

Investors trust advisors more than politicians, about the same as mechanics, and less than doctors, lawyers and accountants, a new CFA Institute study says.

Investors trust financial advisors about as much as they trust mechanics, according to the CFA Institute’s annual report Earning Investors’ Trust: How the Desire for Information, Innovation, and Influence Is Shaping Client Relationships. Advisors ranked fourth out of six types of professionals when investors were asked which they consider to be more trustworthy.

Nearly a third (32%) of investors ranked advisors last or second to last for trustworthiness; 46% placed advisors in the third or fourth spot; and just 23% put them at the top of their list. Mechanics were ranked lower than advisors, but not by much. Politicians had the worst ranking, with 83% of investors giving them low trust scores. 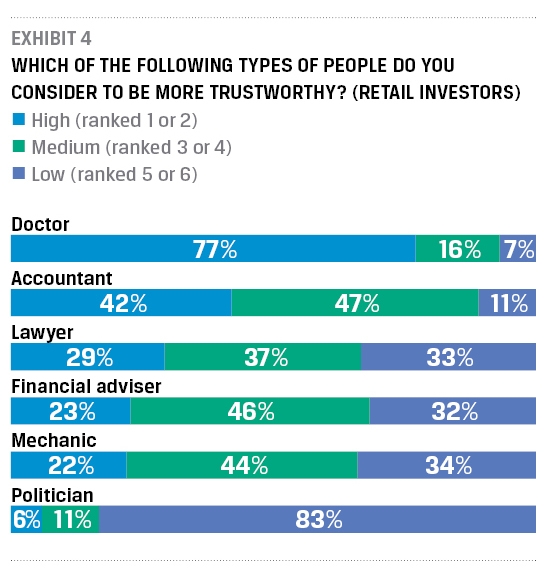 Advisors were ranked behind doctors—which topped the list of trustworthy professionals for 77% of respondents—lawyers and accountants. The results were based on a survey of 3,525 retail investors from 15 geographic markets with at least $100,000 of investable assets and 921 institutional investors with assets under management of at least $50 million.

“When you think about those people you have a relationship with, you can see doctors as trusted three times more than financial advisors. Financial advisors are right down there with mechanics. So we’ve got some work to do,” said Rebecca Fender, a senior director at the CFA Institute during the study's webinar on Wednesday.

“Some of the motivations for the whole study was to say ‘when you look at the public and how they perceive the industry, how much different is it if you actually have a relationship with someone.' That’s why focusing in on the financial advisor relationship has been important.”

Investors trusted the medicine field (68%) the most, aligning with their high confidence in physicians. They trusted the government (33%) and the media (29%) the least.

The study also found that nearly three out of four (73%) participants preferred human advisors over robos, which hasn’t changed since 2018. On the other hand, trust in robo advice has increased by 5 percentage points since 2018 from 22% to 27%.

"They want the efficiency of tech but there’s also a trust in a relationship and advice. It’s not about either/or. It’s about how you can get the best of both,” said Fender.

Millennials lead in their openness to robos, while older generations tend to distrust them. When the CFA Institute broke out the figures by markets, it discovered Americans are more trusting of human advisors than East Asian markets such as mainland China, Hong Kong, Japan and Singapore that prefer a balance of both.

“I think we will see a bit of reduction in tech because people want that personalization, someone to talk them out of trying to be a market timer,” said Connell. He added that Greenwich and the CFA Institute did the study following a 10-year bull market, so there wasn’t a need to pick up the phone and call an advisor like there is today.

There’s a willingness in investors to trust, says Fender, but it’s separated from the worthiness of trust. That gap, she says, is for the advisor to fill through credibility, professionalism and the creation of value once trust is established.

“Trust can’t exist without creating value. And value creation without trust is unsustainable,” she said.