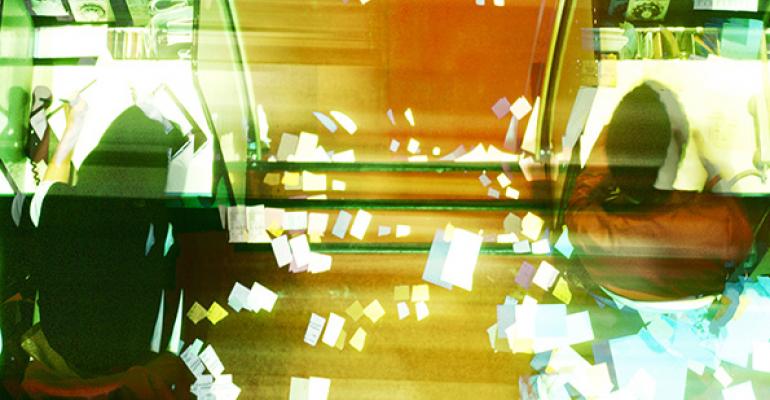 Advisors, B/Ds Too Distracted to Invest in the Future

Like investors, advisory firms are taking a short-term view when it comes to deploying technology, according to a new Pershing study.

Broker/dealers and advisors want to grow and attract the next generation of advisors and investors, but few are taking action, according to a new study released by Pershing and conducted by Aite Group. Sixty-eight percent of advisors surveyed believe reaching new and untapped investor segments will be a key factor in driving growth, with 62 percent saying a digital advisory platform would help them acquire those younger clients.

Yet, only 5 percent are either using a digital advisor platform or plan to launch one, the survey found.

“It certainly seems that the regulatory environment has been a distraction, candidly,” said Rob Cirrotti, managing director of investment and retirement solutions at Pershing. “If you think about where they’ve made investments, some of the places have been in places that they’ve been obligated to make investments, and that’s been a hurdle for them. The investments in changing the operating model and becoming more digital and beyond technology—investments in recruiting and training and so forth—have suffered.”

While they might be dabbling in growth-oriented initiatives, a large portion of their resources are going towards meeting regulatory demands, according to respondents. Financial planning tools had the biggest share of technology investments at 33 percent, compared to providing an “integrated digital client experience” at 20 percent, customer relationship management at 19 percent, risk management tools at 14 percent and “customized proprietary technology” at 14 percent.

Seventy-one percent of respondents cited uncertainty in the political and regulatory landscape as the main challenge to business, followed by the Department of Labor’s fiduciary rule, at 67 percent.

“On the broker/dealer side, there have been challenges driven by the regulatory and even political and legislative landscape, and specifically the DOL that has garnered the lion share of their focus and perhaps their energy and investment in the business,” Cirrotti said. “While they have certainly paid a lot of attention to those things, the investment they need to make in their growth strategy in the future has been put to the side.”

Pershing believes that the demand for advice will continue to outpace supply.

“Firms’ ability to grow is really going to be in generating additional capacity for advisors, and the ways that they deliver advice, so that they can serve more investors,” Cirrotti added.

This requires firms to invest in digitizing their operations to make the advisor’s workload more efficient, and not digitizing just for the sake of creating a millennial-ready user interface. “To create a practice that can grow with that next generation is going to require some of the same changes ... that are going to be required to increase capacity,” Cirrotti said.

In phone interviews with b/d executives, the study found that most firms were not focused on younger investors. In fact, one b/d did an analysis of their account beneficiaries, suggesting that wealth is not transferring to the millennials, so they’re not focused on that market.

In a world of finite resources, these b/ds are looking at deploying resources to solve immediate needs, not longer-term growth strategies, Cirrotti said. “It’s more of a production mentality, as compared to a longer term wealth management mentality” that will benefit the organization over time.

In other words, he said, these firms are focused more on where the money is in the short term, not where it’s going to be.

“Certainly they want to be expanding the pie to the extent that they are looking beyond the advisors and the investors that they are working with today,” he said.