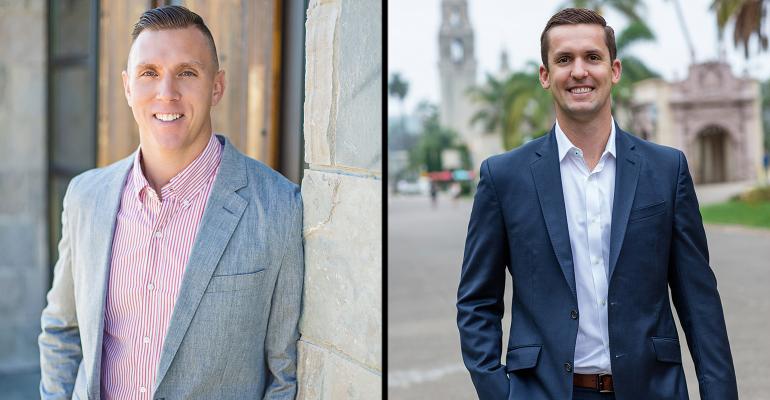 The Advisor Growth Community will open up to new members in January. Here's what you can expect.

Advisors Taylor Schulte and Justin Castelli launched their new paid, private community for advisors looking to collaborate with colleagues and learn from each other to grow their practices this summer, with a beta group of 50 advisors and five ambassadors who are helping them design the program. Early next year, the group will open up to nonbeta members, with a price increase and a hope to grow the group beyond its current membership.

So far, the Advisor Growth Community has had some early success, charging the beta group $999 a year to join the community. With the Mighty Networks platform powering it, they’ve attracted some valuable speakers for the group’s weekly webinars, including Khe Hy or RadReads; Kristen Schmidt, founder of RIA Oasis; author Annie Duke; TD Ameritrade’s Dani Fava; and Rory Sutherland, author of Alchemy: The Dark Art and Curious Science of Creating Magic in Brands, Business, and Life.

Advisors interested in joining the group, which is model agnostic, can sign up starting Jan. 1, but they’ll pay more than the beta members. The new price has yet to be determined, Castelli said.

“We wanted to give the beta members a benefit for helping us build this community,” Castelli said. “We didn’t think it was necessarily fair to charge full price for people who are helping us fine-tune the loose ends.”

At the same time, they wanted to charge enough to attract advisors who were serious about growth and contributing to the community.

“If it’s just a nominal fee, then we have a lot of members, but not a lot of activity, and it’s not a very strong community,” Castelli said. “But if you have people who have some vested interest and they’re investing in themselves by spending $1,000 or more, they’re more likely to participate, which makes the community better.”

Some 700 advisors signed up to receive email updates from the group, but Castelli is unsure how that might translate to new members in January.

Melissa Joy, a beta member and president of Pearl Planning in Dexter, Mich., recently moved from being part of a large ensemble practice to starting her own, and she was looking to cultivate a peer group that was growth oriented and forward-thinking to help her in that transition.

“[The community] actually exceeded expectations thus far, in terms of really creating a community, not just the concept of a community that’s yet to have its own legs,” she said.

She’s already had some concrete takeaways to help improve her practice, including recommendations for investment research software and ways to better use Calendly, a scheduling tool.

While she operates in the broker/dealer world, under Raymond James Financial Services, she likes that the group is agnostic.

“Everything’s not the same in terms of how each person does their practice, so that’s providing some diversity of opinion or some new ideas, whereas when you’re in a broker/dealer world, everything can be funneled through, ‘Here’s how we’ve always done it,’ or the top-down change,” she said.

Unlike some advisor communities out there building out technology discounts and tech stacks, the Advisor Growth Community is building out a freelance marketplace, which provides connections to people providing services an advisor might need. That may include website design, tech consultants, Microsoft Excel support, outsourced marketing, SEO services, podcast consultants, virtual assistants, ghostwriters and copy editors.

“It’s early, but that I think is effective to have something where you can go to a marketplace, and there’s either price discovery; there’s perhaps a discount, and you also know that they’re friendly to work with,” Joy said.

Joy has found the community’s marketing perspective to be more real world, rather than just emulating other financial services firms, where there’s a lot of groupthink and folks tend to market to the least common denominator.

“As I seek ideas, I’m looking to talk to advisors who get that,” she said. “My suspicion is that the marketplace will also provide vendors who get that. It’s time for us to not just be slightly better than our peers but look just the same, whether it’s our website, how we post, the events we do, and how we connect.”