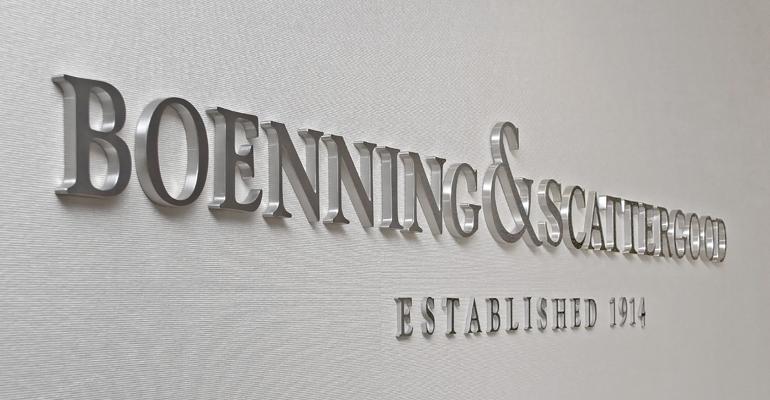 Columbus-based Sweney Cartwright & Co. is closing after 86 years and merging with Boenning & Scattergood, a 56-advisor brokerage with an even longer legacy.

Sweney Cartwright & Co., a Columbus, Ohio-based brokerage with eight advisors and $700 million of client assets, is closing up shop after 86 years in the business. The firm will merge with Boenning & Scattergood, a regional firm with 56 hybrid advisors and an even longer legacy than Sweney Cartwright.

Sweney Cartwright was founded by Lowry Sweney, who at one time managed the investment department of Huntington Securities, part of Huntington National Bank. He left in 1933 and purchased the assets of the firm in response to the Glass-Steagall Act, which required banks to divest their broker/dealers. The firm specializes in municipal bond offerings.

Frank Ingwersen, president of Sweney Cartwright, remembers the days when clients would come in with suitcases of bearer bonds and clip coupons and still wanted physical delivery of stock certificates. One of the reasons they chose to join Boenning & Scattergood—which was founded in 1914—was its similar legacy.

“1914 was ahead of 1933, so the older firm is getting bigger and growing,” Ingwersen said. “People don’t survive that long. They’ve got to be doing something right.”

Ingwersen’s team also liked that it wasn’t a wirehouse.

“They’re a small powerhouse,” he said. “You don’t need a wirehouse. I would never want to be paying the salary of somebody on the 40th floor of some building that I’ll never meet. I never got it.”

Boenning & Scattergood is an independently owned, regional firm with offices in the Mid-Atlantic and Midwest. In addition to wealth management, the firm offers investment banking, research, institutional sales, and trading and public finance. The firm clears and custodies through First Clearing.

The Sweney team is also looking forward to giving up a lot of the administrative tasks associated with running a small b/d.

“I’ve been wearing an HR hat; I’ve been making coffee in the morning; I’ve been doing all sorts of things for 30-something years,” Ingwersen said. “To have a team like these guys at Boenning & Scattergood taking care of all that stuff, it’s going to free me up to do even better work with my clients.”