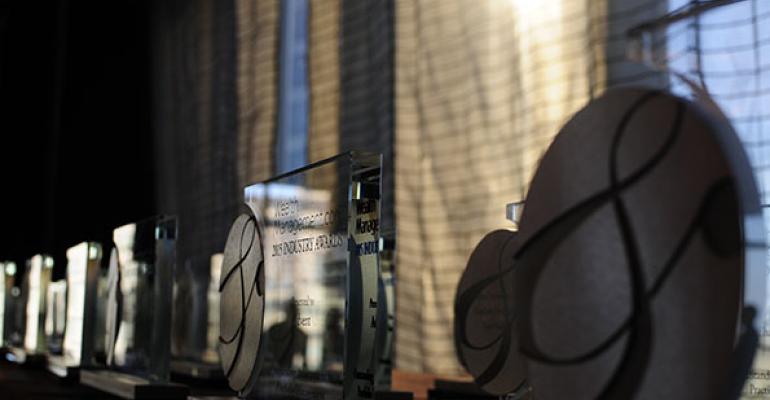 Charles Schwab, Envestnet the big winners of the night

Over 350 individuals attended, representing companies across the wealth management industry, including asset management firms, custodians and technology providers. Thirty seven companies were recognized at the dinner, from a field of over 90 finalists.

Charles Schwab and Envestnet were the big winners of the night, each receiving three awards for various initiatives.

The evening began with a cocktail reception at the MO Bar overlooking Central Park, and award winners were announced during the dinner in the ballroom.

A portion of the proceeds from the event were donated to Foundation for Financial Planning, an organization devoted to providing pro bono financial planning to the underserved primarily by providing grants to connect those in need with advisors. James Penniston, the CEO of the foundation, was on hand to receive a special award of recognition for the non-profit’s efforts.

“The role of the financial advisor has changed dramatically," said David Armstrong, the editor-in-chief of Wealthmanagement.com. "They are no longer transaction-oriented sales people at the tail-end of Wall Street, but independent-minded partners guiding their clients' financial affairs.

"Given the tremendous growth in the ways they conduct business and the technology available to them, they now occupy a central place in the financial services industry. As such, an entire ecosystem of firms and businesses have grown around them to support their efforts. Our awards program recognizes outstanding achievement, innovation and leadership among those firms,” Armstrong said.