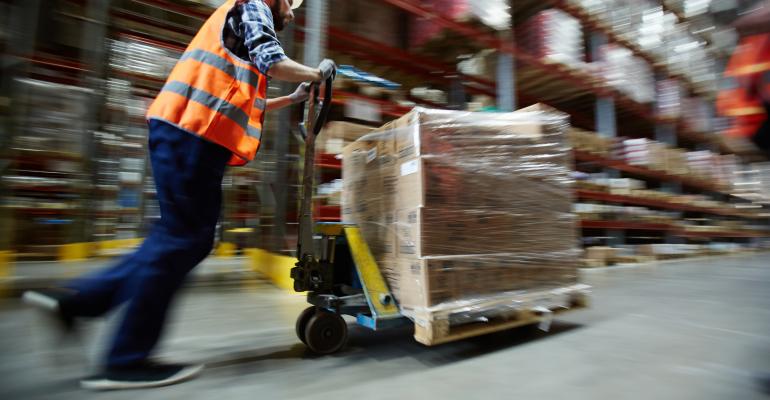 Will 2019 Set a Record for Industrial Real Estate Sales?

Both REITs and foreign institutional investors have been very active in the sector.

The current high price tags for industrial real estate don’t seem to be discouraging investors. While total investment sales volume in the sector decreased year-over-year in the second quarter, individual asset sales were up 2.7 percent over the second quarter of 2018, according to a report from real estate services firm CBRE. Total sales volume for industrial properties year-to-date was up by $10.6 percent, CBRE reported.

With current transactions in the works, this year will likely set a record year for industrial sales volume, says Jack Fraker, vice chairman and managing director of global Industrial and logistics with the firm.

One big deal on the horizon is the purchase of Industrial Property Trust’s 37.6-million-sq.-ft. portfolio by Prologis. That deal is valued at $4.0 billion and includes assets in 21 states.

“Smart investors realize this is a great time to make acquisitions in the sector, given the extremely strong fundamentals. Investors are being rewarded with significant growth in NOI and rent growth,” says Fraker, adding that similar to purchasing high-priced stocks with good fundamentals, investors are looking at performance and returns over the long term.

“Industrial has experienced amazing growth in tenant demand, and the forecast is equally optimistic going forward,” Fraker notes. Even with new product coming to market, tenant demand continues to outpace new supply due to growth in e-commence and other trends, and most industry observers do not see an end in sight.

More than 41 million sq. ft. of new supply was delivered in the second quarter, but vacancy nationally remains historically low at 4.3 percent and asking rents rose to $7.50 per sq. ft, according to CBRE’s second quarter industrial report.

Both REITs and private investors were big spenders in the second quarter, with REIT industrial acquisition activity up 77.7 percent year-over-year and private investment increasing 7.8 percent. Institutional investment activity fell 4.9 percent over the previous year, but Fraker suggests that this is a temporary decline, as sizeable institutional transactions are currently in the works.

Industrial REIT stock prices rose by 35 percent in the first half of 2019, compared to the same period in 2018, according to John Worth, executive vice president for research and investor outreach at Nareit, an industry trade group, who attributes this surge in performance to growing demand for last mile distribution facilities. “This sector of the REIT industry is at the right place at the right time,” he says, noting that the deal pipeline (including both acquisitions and new construction) was up nearly $4 billion in the second quarter of 2019, or 7 percent, over the first quarter of the year.

According to NAREIT’s T-Tracker, which monitors operating performance of the REIT industry, industrial REIT’s invested $2.13 billion in acquisitions, net of dispositions, in the first half of 2019. During the previous year, industrial REITs focused primarily on development.

In 2019, the REITs’ industrial development activity also remains steady, with $6.59 billion in investment in new projects as of the second quarter, comparable to $6.51 billion during the same period last year and virtually flat with the first quarter.

Despite the slowing global economy, Fraker notes that foreign institutional investment in industrial real estate has also continued as “this is the safest place in the world to invest.” Canadians are by far and away the most active investors in U.S. real estate, reports CBRE, accounting for 41.3 percent of all foreign investment dollars, followed by the United Arab Emirates (8.5 percent), Singapore (4 percent) and Germany (3.2 percent).

The strong foreign interest in the sector is partly due to the existence of large portfolios on the market, which make it efficient for large pension funds and foreign investors to place high volumes of capital investments in this asset class, according to Fraker. “For the first time, there are very large transaction opportunities of scale,” he says.

Previously, foreign institutional investors avoided industrial assets because it was hard to put $1 billion to work all at once, as industrial assets had to be acquired piecemeal and involved smaller transactions, Fraker notes.

Meanwhile, although the impact of last week’s interest rate cut is not yet apparent, “The drop in rates will lower the cost of debt for institutional investors and will help sellers sell assets at higher prices and boost investor returns.”

Editor's note: The original version of this article incorrectly stated that year-to-date volume of investment sales in the industrial sector was up by $10.6 billion compared to last year. The volume is up by 10.6 percent.
TAGS: Investment Strategies News
0 comments
Hide comments
Related
Sponsored