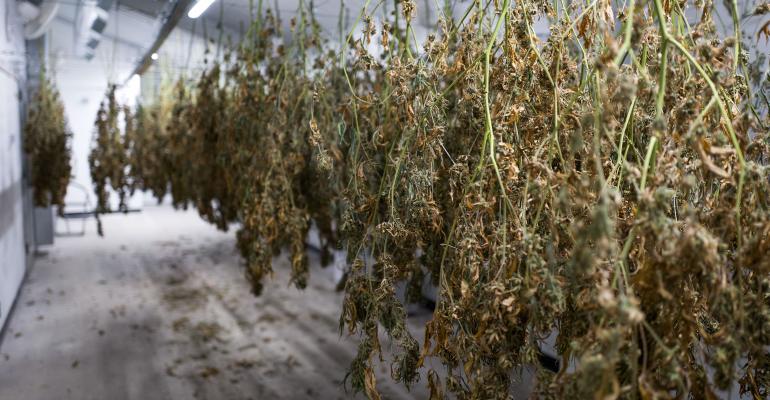 What’s Next for Marijuana Warehouses?

Taking advantage of an impending boom in industrial space for marijuana growers — notably class-B and class-C warehouses — isn’t as simple as just snatching up properties and signing up tenants.

Does the growing legalization of recreational and medical marijuana represent a pot of gold for industrial real estate? It could, experts say, but only if investors quickly and carefully pounce on opportunities.

The industrial real estate frenzy tied to legalized marijuana is subsiding in Colorado, which has been the country’s hottest market in that category, but it’s primed to take off in California and Massachusetts — two heavily populated states where growing, selling and using recreational marijuana will be fully legal by early 2018.

California, Massachusetts and other states that have recently legalized recreational marijuana, medical marijuana or both are potential hot spots for industrial real estate, yet investors who linger on the sidelines too long are likely to be shut out.

That being said, taking advantage of an impending boom in industrial space for marijuana growers — notably class-B and class-C warehouses — isn’t as simple as just snatching up properties and signing up tenants.

For investors aiming to capitalize on the current trends, speed to market is key, says Jason Thomas, founder and CEO of Avalon Realty Advisors, a Denver-based commercial real estate and business brokerage firm specializing in the marijuana and hemp sectors.

“It’s really about finding the right property as soon as possible,” Thomas says. “And hopefully in an area that you have a high chance of being able to have it licensed with limited competition.”

On top of that, investors must pay attention to “local nuances” in marijuana markets that they’re eyeing, says Spencer Levy, Americas head of research at commercial real estate services company CBRE. For instance, state laws in Colorado aren’t the same as they are in California. On a more granular level, the same holds true for local ordinances in the Denver area versus those in Southern California’s Inland Empire region.

Some of the nuances to consider are whether a locality allows marijuana cultivation and, if it does, whether cultivation must be done in an enclosed space, Levy says. In addition, an investor must analyze the condition of the local industrial market and take into account that marijuana remains illegal under federal law, he adds. Federal law complicates financing and banking activities connected to marijuana operations.

If you learn from what has taken place in the Denver area’s weed-related industrial market, you’ll be far better off than if you dive blindly into such a risky venture, according to Levy.

Industrial space for marijuana operations “is an emerging industry, where there is high demand and the rules are still being written, so the opportunity is real but so is the risk — not just from the legal issues, but also from the pure operational issues,” Levy says.

That risk can lead to reward. According to a CBRE report published in early June, the average effective rental rate for marijuana-growing sites in the Denver area was $14.19 per sq. ft. on a triple net basis, based on a review of 25 leases signed between 2014 and 2016. That was two to three times higher than the average warehouse rental rate in the area’s top four cultivation sub-markets.

In the Denver area, marijuana growers occupied 4.2 million sq. ft. of industrial space in the fourth quarter of 2016, the CBRE report notes. That amounts to 3.0 percent of the region’s total warehouse market. In May 2016, Denver capped the number of cultivation and retail locations allowed in the city, limiting expansion to mostly adding space at licensed locations or buying licensed locations.

The CBRE report indicates consolidation among marijuana growers in the Denver market has been occurring for a while, with established operators buying mom-and-pop growers to boost market share and realize economies of scale.

“Now, a super-competitive market is separating winners from losers among growers there, and the modest easing up of demand is shrinking the premium that cannabis companies are being asked to pay [for industrial space],” says Tom Adams, editor in chief at Arcview Market Research, which specializes in the marijuana industry.

As legalization ramps up in California, Massachusetts and other states, those markets could experience a repeat of the “land grab,” as Thomas puts it, that occurred in Colorado. And it’s no wonder that there’ll be a gold rush of sorts in emerging marijuana markets, particularly California: Arcview Market Research forecasts that California’s legal marijuana industry will be worth $5.8 billion by 2021.

Levy recommends investors seeking to cash in on a marijuana-triggered spike in demand for industrial space in California and elsewhere approach the situation with a “long-term operational mindset” instead of a “pure speculator mindset.” An investor must stick to a solid business plan, so that the odds are higher for survival in this rapidly shifting market, according to Levy.

He emphasizes that marijuana-growing operations make up just a sliver of the class-B and class-C industrial market. But “if you can identify that sliver for which this is applicable, you’ve identified a very powerful force for tenant demand, capital markets demand and rent growth in excess of the remainder of the market.”

So far, private investors have been the ones profiting from that sliver of the industrial market, but a few institutional investors — such as StarGreen Capital and Tuatara Capital — are starting to show interest, according to Thomas.

Whether they’re private or institutional, investors will surely be keeping tabs on the industrial real estate market for marijuana-growing operations in places like California and Massachusetts. In such places, it takes three or four years for the marijuana-related industrial market to stabilize, Thomas says. “But during that time,” he adds, “it’s the Wild West.”