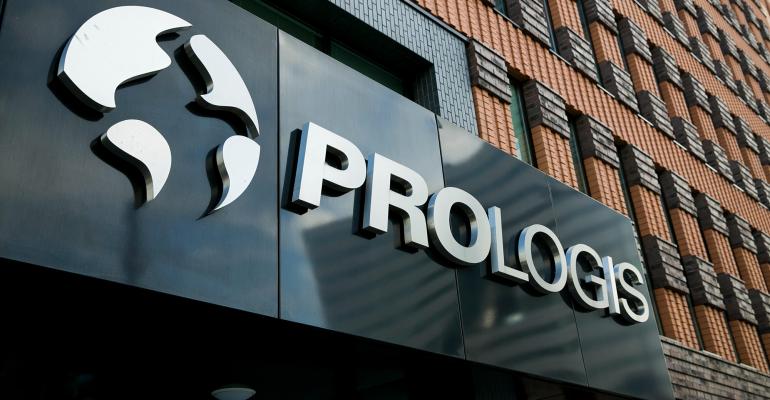 Early last week, global industrial REIT Prologis made a public, unsolicited, non-negotiated offer of $24 billion, or $61.68 per share in all stock, for Duke Realty, a domestic industrial REIT. Duke currently owns a 160-million-sq.-ft. portfolio of industrial assets with a low average age and strong ESG position in 19 major U.S. logistics markets, some of which are in coastal areas coveted by Prologis. The following day, Duke executives rejected the offer, calling it “insufficient.”

Under the terms of the offer, Duke stockholders would have received  0.466 shares of Prologis common stock for each share of Duke Realty common stock they own. Prologis' proposal, based on the REIT’s closing price on May 9, represented a premium of 29 percent to Duke Realty's closing price on the same date. Prologis, which expects demand for industrial space to continue to outpace supply, has been on a massive buying spree in recent years, buying privately-held KTR Capital Partners and publicly-traded DCT Property Trust, for example.

The unsolicited offer for Duke represented a fair price, says John Kim, an analyst at BMO Capital Markets who covers both REITs. Noting that Prologis is a much larger company and has the capability, strong balance sheet and relationships to execute on Duke’s strategy, Kim suggested that two companies are a good fit—they operate in similar markets and stockholders would benefit from the earnings that the combined companies would generate. So why did Duke reject the offer?

The answer is simple—Duke is a successful company on its own that has outperformed the S&P 500 on a consistent basis. “So, I can understand if they’re reluctant (to sell),” says Kim, noting that all public companies need to remain open to a sale if it benefits their shareholders.

But Duke has no clear reason to sell right now, according to David Rodgers, an analyst with Robert W. Baird & Co., who also covers both REITs. It has a strong industrial platform, with a large average building size; its lease terms with tenants are longer than average, with a 9 to 12 percent yearly rent rollover; it has an attractive development pipeline; and its balance sheet is in better shape than Prologis’. 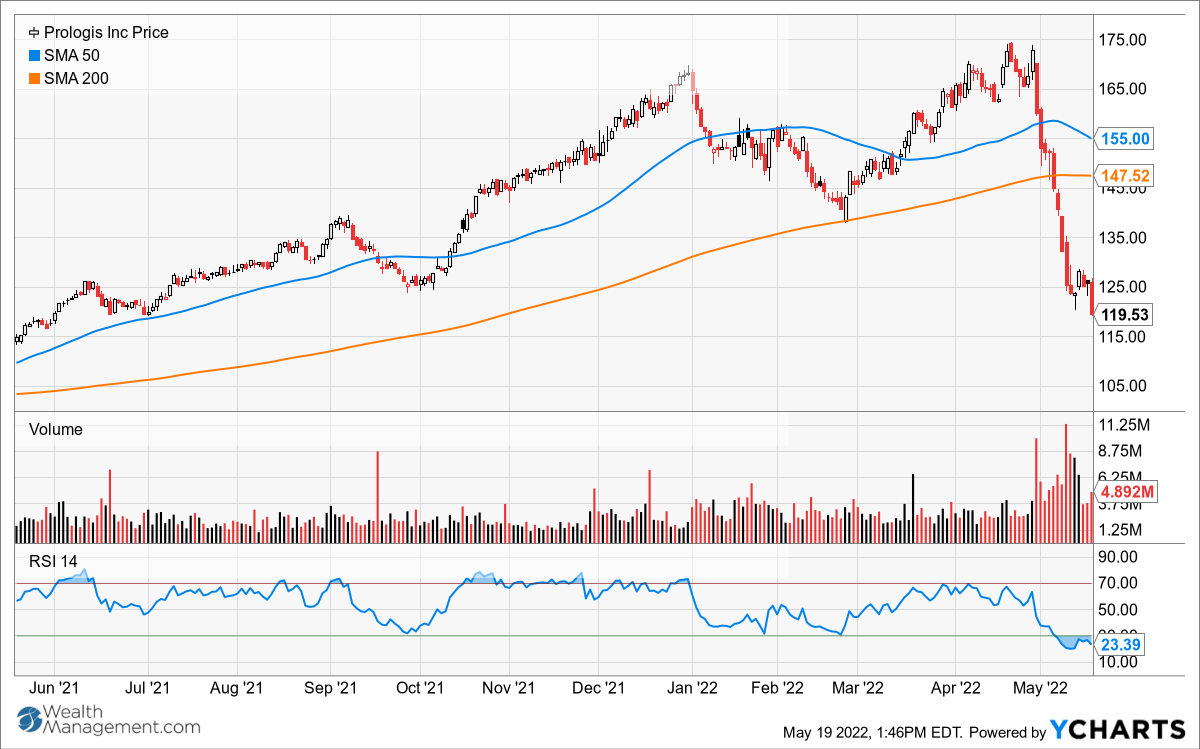 In fact, Prologis is targeting Duke for acquisitions because it is a highly disciplined company, says Kim, with a portfolio of high-quality, modern logistics assets located primarily in core and top secondary markets—similar to Prologis’ own holdings.

“I think Duke is open to a transaction at the right price, at the right time, but I see no reason for Duke to take all stock,” he notes.

In Rodgers’ view “I think Duke should take cash and get a higher price or run the successful business they have.”

One unusual aspect of the proposed deal was that the offer was unsolicited and Prologis publicly announced it without informing Duke executives beforehand. Potential mergers are generally handled in a more friendly way, with both companies making the announcement, Kim notes.

In light of the way this happened, even after friendly negotiations took place several times in recent months, Rodgers called Prologis’ action an “aggressive” play. He suggested that in making the offer, Prologis saw an opportunity to acquire a quality asset and take out a competitor at the same time.

The Prologis press release stated that the company had first communicated its intent to Duke in a letter in November 2021, and there have been numerous private conversations between executives of the two companies over the last five months.

Not the right price

Rodgers did not expect Duke to accept Prologis’ offer to pay shareholders $61 to $62 per share when he estimates that the “absolute value” of Duke’s stock is in the $70s range. “Why take a discount on the absolute value?” he says, noting that while Duke’s current stock price is just $53.90 per share, Prologis would have to maximize the absolute value of the stock to make this deal compelling for Duke’s investors. 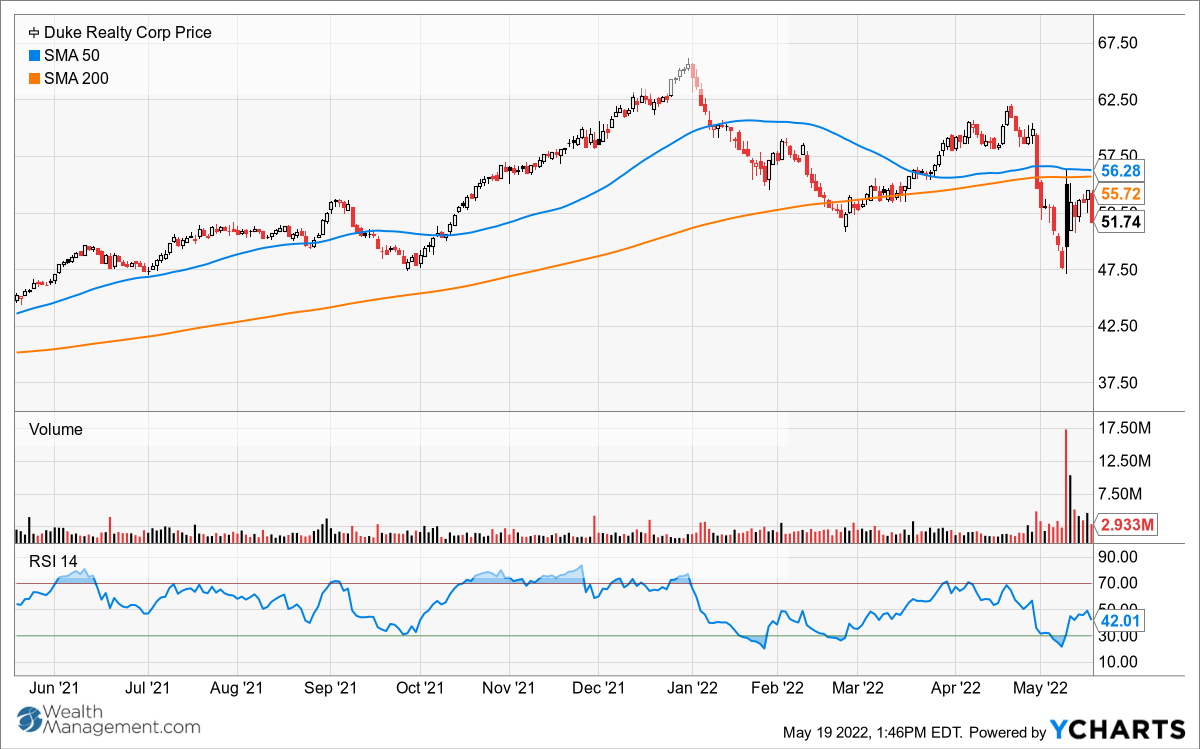 His higher stock value estimate is based on Duke’s performance, Rodgers notes. “There is no financial stress on operations, nor will there be for many years to come.”

Kim and Rodgers offered different takes on why this happened.  Kim suggested that the market expects the potential deal to cost Prologis more than it offered to get it done, while the stock premium offered by Prologis benefitted Duke shareholders. Meanwhile, Rodgers suggested that Prologis’ stock price went down due to uncertainty of a higher bid.