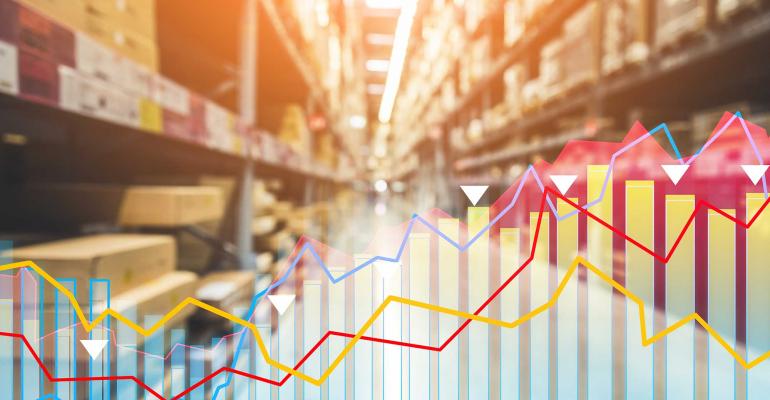 About $75 billion, or 20 percent of all global CRE investment in the first half of the year, went toward industrial and logistics properties, according to Savills Plc.

(Bloomberg)—Warehouse deals accounted for a record share of global commercial real estate investment in the first half of the year as the surge in e-commerce during lockdown fueled demand for logistics properties.

About $75 billion was spent on industrial and logistics properties in the first six months, or about 20% of total investment, according to broker Savills Plc. Warehouses surpassed stores to become the third-most-popular real estate asset class after offices and homes, the firm said in a report based on Real Capital Analytics Inc. data.

“The current global e-commerce boom, accelerated by consumers shifting their purchasing online throughout the pandemic, has been a major catalyst for this sector’s growth,” Paul Tostevin, world research director at Savills, said in a statement.

Online sales are forecast to increase by 31% in Western Europe this year, accounting for about 16% of total retail sales, according to the Centre for Retail Research. In the U.S., the e-commerce market share will reach 14.5%, eMarketer research shows. That’s led to “unprecedented levels of investor demand,” with companies such as Amazon.com Inc. on a leasing spree to support expansion, according to the Savills report.

The world’s biggest real estate investors including Blackstone Group Inc. and GIC Pte have made substantial and lucrative bets on warehouse properties over the past decade. Blackstone has spent about $40 billion on warehouses around the world in the past two years alone, RCA data show. The rise in demand for warehouse properties has also propelled companies including Prologis Inc. and Segro Plc to the top of real estate investment trust indexes, while mall landlords have tumbled in value.

The amount of capital invested in warehouses annually rose sixfold in the decade through 2019, when $196 billion of deals were completed, Savills said in the report. In the U.S., deals jumped tenfold in the period.