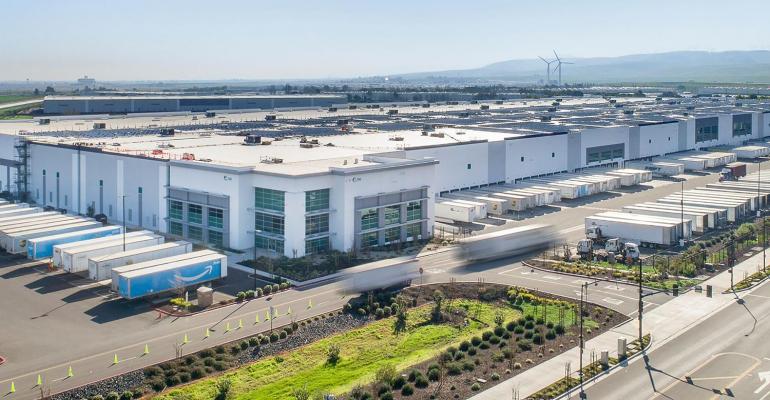 The proposal values Duke at $61.68 a share, a 29 percent premium to its closing price on May 9, according to a letter from Prologis CEO Hamid Moghadam.

The proposal values Duke at $61.68 a share, a 29% premium to its closing price on May 9, according to a letter from Prologis Chief Executive Officer Hamid Moghadam to Duke made public on Tuesday. Duke investors would own 19% of the combined company.

Duke shares, which climbed as high as 26% in premarket trading Tuesday morning, was up 12% at 9:42 a.m. in New York. Prologis stock was little changed.

Duke owns about 165 million square feet of industrial real estate. The ongoing boom in e-commerce has driven demand for industrial space, fueling rent growth for those properties. Prologis has relied on new development to expand its portfolio in recent years, but is now looking to accelerate that build-out, Bloomberg Intelligence analyst Lindsay Dutch said in an interview.

“M&A gives you quick expansion and exposure to rising rents, compared to the time it takes to build new warehouses,” Dutch said.

The Duke proposal, if accepted, would mark the latest deal for Prologis, which has previously acquired DCT Industrial Trust and Liberty Property Trust. Prologis emphasized that M&A track record, calling it “incredibly strong” with those two acquisitions “materially” benefiting investors in those two companies.

San Francisco-based Prologis first approached Duke about a potential combination in November, according to the letter. After Duke spurned a series of offers, Moghadam concluded “that a public approach may be more constructive.”

Prologis called Duke’s industrial holdings “highly strategic” and “complimentary” to its own portfolio of logistics assets. Moghadam said the deal would add to Prologis’s earnings and benefit shareholders of both companies. A representative for Duke Realty didn’t immediately return messages seeking comment.