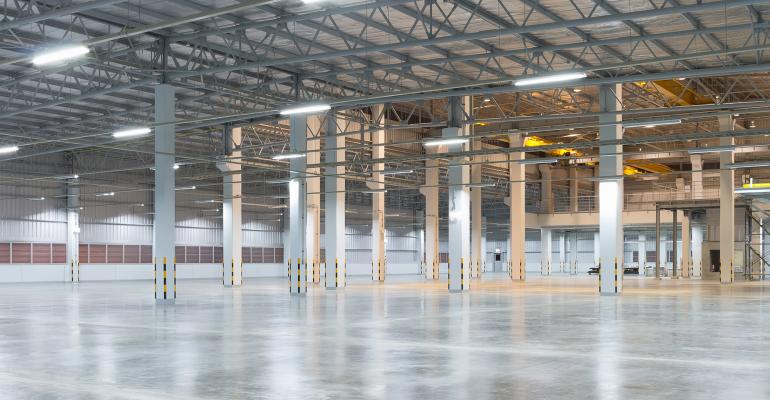 For the first time, 3PLs topped CBRE’s list of biggest warehouse leases in the first half 2018.

In the race for speedy delivery, more and more companies are turning to third-party logistics (3PLs) providers for distribution of products to customers. This trend appears evident in a recent CBRE report on the largest industrial leases signed in the first half of 2018. An analysis of leases for 100 largest industrial and logistics (I&L) spaces by square footage, which together totaled 67.8 million sq. ft., showed that 56 of the leases were signed by 3PLs and e-commerce users.

“This was the first time 3PLs were at the top of the list, a proof-in-point that people are outsourcing as much as possible,” says Adam Mullen, CBRE Americas leader of industrial and logistics. “The strength of leasing to 3PLs shows that companies are striving to create the most flexible and nimble distribution networks possible.”

Thirty of the leases were for spaces larger than 750,000 sq. ft, reflecting e-commerce and 3PLs companies’ preference for large, modern facilities.

However, the disruption happening in consumer demand for quick delivery, some users are taking a wait-and-see approach to taking new blocks of space, Mullen notes. “They don’t want to invest in infrastructure or sign a long-term lease,” he says.

The issue of the supply chain has become significantly more important and complex with the rise of e-commerce, according to Ward Richmond, a Dallas-based executive vice president at real estate services firm Colliers International, who specializes in industrial brokerage services for 3PLs and e-commerce companies, agrees.

“An efficient supply chain can make or break a brand in 2018,” Richmond says. The “Amazon effect,” or increasing consumer demand for delivery speed, means shippers need more help than ever before to keep up with growing demand, and an increasing number of them are strategically partnering with 3PLs for delivery speed and efficiency.

As a result, 3PLs are investing heavily in infrastructure and technology to fill this gap and generate value within the supply chain, Richmond notes. Third-party logisitcs is becoming a mega industry led by global brands like UPS, FedEx, DB Schenker, DHL, Geodis and XPO.

The exception to this trend has been Amazon, which Richmond describes as an “e-commerce beast, with the face of a retailer and body of a logistics company.” Amazon is also strategically partnering with 3PLs—particularly for international shipments, in addition to handling logistics internally. But Richmond notes that once Amazon figures out how it’s done, the company will likely handle all logistics and distribution internally.

While e-commerce is driving the majority of new industrial leases, the report found a solid diversity of users among the top 100 big deals, with manufacturers signing 14 leases, mostly for facilities in Midwestern states and food and beverage users signing 11 leases.

Manufacturers are increasingly re-shoring operations or choosing to establish facilities near their U.S. customer base due to expectations for fast delivery, along with rising global costs for labor, transportation and warehouse space, Mullen says. There are also geopolitical concerns.

Meanwhile, the high number of leases for food and beverage distribution facilities reflects an upswing in the grocery industry’s e-commerce plays.