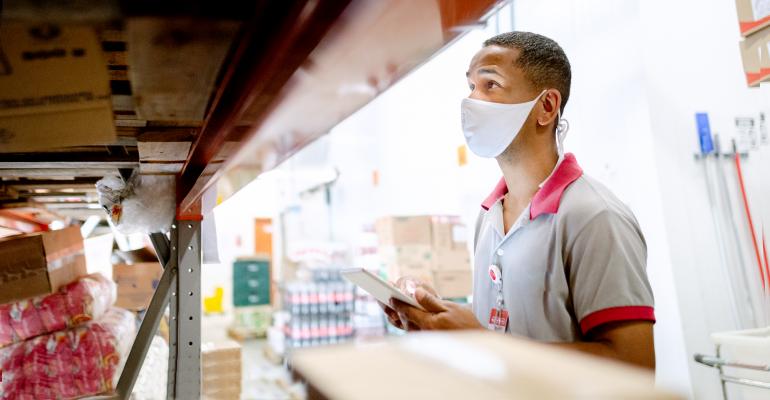 The tech investor plans to invest further in small warehouses in busy markets known as “dark stores” for grocery deliveries.

The tech investor, which already owns stakes in large online-food businesses such as Delivery Hero SE, Swiggy, and iFood, plans to invest further in dark stores for grocery deliveries, Prosus Chief Executive Officer Bob van Dijk said in a phone interview. “We are increasingly seeing that online grocery deliveries work quite well in the dark-store format,” he said.

Dark stores are small warehouses located in busy markets that carry the most popular delivery items. They make deliveries more efficient because they’re located closer to customers, Van Dijk said. Grocery delivery took off during the pandemic as customers avoided crowded shops, and food-delivery companies, which already had logistics in place for restaurant orders, took advantage of the demand.

“The most convenient way to operate dark stores is to own them and operate them,” said Van Dijk. “This way one knows where customers are, what the volumes are, and what people like to order.”

While its online food business is yet to turn profitable, Prosus values it at about $16 billion.

The concept is already being rolled out by Delivery Hero, in which Prosus owns 25%, and Brazil’s iFood, he said. The Amsterdam-based company is also making investments in standalone grocery delivery companies, most recently in Berlin-based Flink.

Still, not all of Prosus’s competitors are convinced that it’s a good way to make money. Jitse Groen, CEO of delivery service Just Eat Takeaway.com NV, has said that while the company’s running tests on grocery delivery, he was reluctant to sink much capital into it because of the amount of competition in the market.

With instant delivery, Prosus already has the networks, technology and drivers, that makes the expansion into grocery deliveries an easy progression, said Van Dijk.

Prosus has invested $6 billion in its food unit to date, and the business operates across 69 markets spanning from India to Brazil.