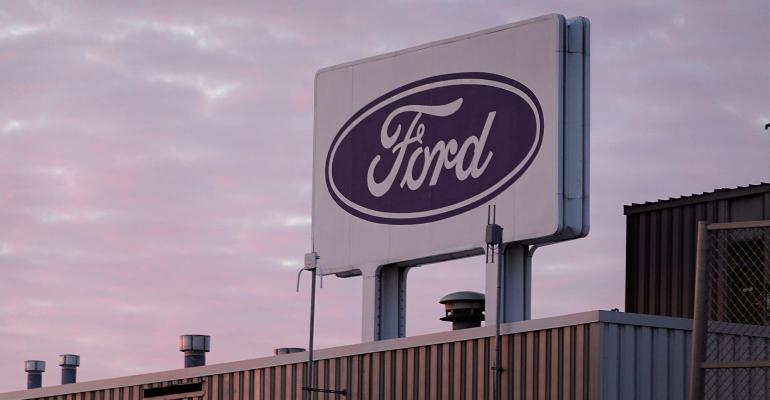 In the small towns near Stanton, Tenn. residents view the future manufacturing colossus with hope and trepidation. But the project has rattled Michigan officials who fear that Ford’s center of gravity is shifting south.

(Bloomberg)—The dinner rush is on at Suga’s Diner in Stanton, Tennessee, the only restaurant in this town of 452 souls. Business is booming thanks to Ford Motor Co.’s massive electric pickup factory being built just down the road. Lesa “Suga” Tard, owner and chief cook, is desperately seeking extra staff now that she’s extended hours, added a day of operation and sent a new food truck to the construction site.

“I don’t know how much more I can do,” she says from behind the counter, scribbling orders for deep-fried catfish with her blue-gloved hands. “People are excited, but other people retired here, looking for the quiet life, the country life, with no crime. They’re worried that all could change.”

Change is certainly coming to Stanton, about 45 miles northeast of Memphis. Ford and South Korea’s SK On broke ground in September on the sprawling, six-square mile manufacturing complex that is due to begin building electric F-Series pickup trucks and the batteries that power them in three years. Known as BlueOval City, the $5.6 billion compound will eventually teem with nearly 6,000 workers and spit out about 350,000 plug-in trucks per year from Ford’s first all-new automotive assembly plant in more than a half century.

BlueOval City is a linchpin in Chief Executive Officer Jim Farley’s $50 billion plan to build 2 million battery-powered automobiles a year by the end of 2026, up from about 63,000 last year. Ford’s push to take on Tesla Inc., which now controls almost three-quarters of the EV market, relies on the factory’s success.

But the project has rattled Michigan officials who fear that Ford’s center of gravity is shifting south. Rural Tennessee offered Ford plentiful land, potentially lower labor costs than the Midwest and $2.4 billion in state government incentives, equal to about $414,000 for each job at BlueOval City, according to a Bloomberg investigation. The company also plans two SK battery plants in Kentucky and a research center in Atlanta.

Ford executives say they aren’t abandoning their Michigan roots. But BlueOval City has been designed for growth. The vast 3,600-acre site is three times the size of the mighty Rouge factory complex Henry Ford built near Detroit a century ago for the Model A and that today builds gasoline and electric versions of the F-150 pickup. Farley sees EV demand in the U.S. -- now accounting for fewer than one-in-10 sales -- surging 90% annually through 2026, more than double industry forecasts.

“We wanted to pick a site that could grow with us,” said Lisa Drake, Ford’s vice president of EV industrialization, in an interview “If there’s anything we’ve learned about our EV strategy as we’re retooling all our plants to grow as fast as we can, it’s that we needed to make sure we had the space to grow.”

Ford’s shift South also unnerves union officials. The United Auto Workers has no guarantee it will represent BlueOval City’s employees, who must vote to accept the union. Auto workers in Tennessee, a right-to-work state, have already rejected organizing drives by the UAW at Nissan Motor Co. and Volkswagen AG factories.

“UAW members are rightly concerned that automakers will take advantage of the EV transition to de-unionize,” UAW Vice President Cindy Estrada wrote in an essay last month that she co-authored with Ramon Cruz of the Sierra Club. “More and more automakers and manufacturers have also been funneling investment to the South, where corporations and politicians have staunchly opposed union rights for workers.”

Drake said Ford has not yet talked to the UAW about organizing the new workers since they haven’t been hired yet. But she noted that Ford has a long history with the union and employs more UAW workers than any other automaker in the US.

For now, the 11,000 jobs Ford and SK are creating in Tennessee and Kentucky don’t compare to the 45,000 Ford employees in Michigan, according to the Center For Automotive Research in Ann Arbor.

“If they get a few more wins down in the southeast, then you could say maybe the center of gravity is shifting,” Alan Amici, chief executive officer of CAR, said in an interview. “But ultimately, the cars are still designed in Detroit.”

From Cotton to EVs

At this point, BlueOval City is a big dig, with thousands of construction workers boring deep holes for foundation footings using gargantuan drills that would look at home in a Mad Max movie. More than 6,300 holes that could accommodate a compact car dot the landscape. Rising from the Tennessee soil is the start of a white steel skeleton that will frame the half-mile long battery plant taking shape at one end of a site that a year ago grew cotton.

“Big trucks, big rollers, lots of things happening here and you just have to keep your head on a swivel,” Donna Langford, Ford’s project manager said as a giant earth mover turned in front of her car while touring the site.

In the small towns nearby, residents view the future manufacturing colossus with hope and trepidation.

Take Brownsville, a town of 9,788 whose chief claim to fame is being Tina Turner’s childhood home. Signs welcoming Ford fill the storefronts, and a newly painted mural honoring the automaker adorns a building wall. Meanwhile, in the center of Brownsville’s town square stands a soaring monument topped with a Confederate soldier and bearing the inscription: “Honoring the Confederate Dead of Hayward County.”

John Ashworth, a retired airline worker, hopes the Ford plant will provide opportunities for the area’s Black community, and maybe bring Brownsville’s Black and White halves closer together. Working at the town’s corner drug store in his youth, Ashworth was required to eat lunch in the basement, away from White diners. Racial divisions continue to be part of local life, he said.

“This community has largely segmented itself – it’s either White or it’s Black,” said Ashworth, 79, over lunch with a friend in a restored 1950s-style diner, the kind of place he said probably wouldn’t have welcomed him as a young man. “Ford Motor Co. is not only going to cause Black and White to interact more, it’s going to bring other people from other parts of the world, and that is going to be good for everybody.”

Ford hopes to address that history by recruiting workers from communities of color, Drake said. She met last month with Tennessee Gov. Bill Lee to present Ford’s “curriculum” for the skills required for the high-paying jobs at BlueOval City. That’s now being incorporated into lesson plans at Tennessee’s technical colleges and high schools. Drake said Tennessee educators are even counseling eighth graders on what to study to land a job with Ford.

The automaker also has deployed BlueOval City plant manager Kel Kearns into the community to speak to business groups, drum up job applicants and allay fears about the changes coming. The Australia native opened and operated Ford factories in India, Thailand and China, and he’s certain he can mesh Ford’s way of doing business with rural Tennessee.

“I hired people in India, from villages, who had never worked in a factory before or owned a car,” Kearns said. “But the plant ran as a team.”

At Livingston’s Soda Fountain & Grill in Brownsville, the excitement and anxiety over the change that is coming is the talk of the lunch crowd.

“A lot of people don’t like it, but I am 100% for it,” says Ernestine Tinsley, 74, a Stanton retiree who used to work at a Sharp Electronics plant in Memphis. “My grandchildren are already talking about getting a job there.”

But others quietly express reservations.

“Farmers are concerned about what it’s going to do to the land, to the ground, to the environment,” says Marcia Watson, 53, who says Ford’s arrival has already driven up prices of everything from land to groceries and led to more traffic congestion.

To contact the author of this story: Keith Naughton in Southfield at [email protected]