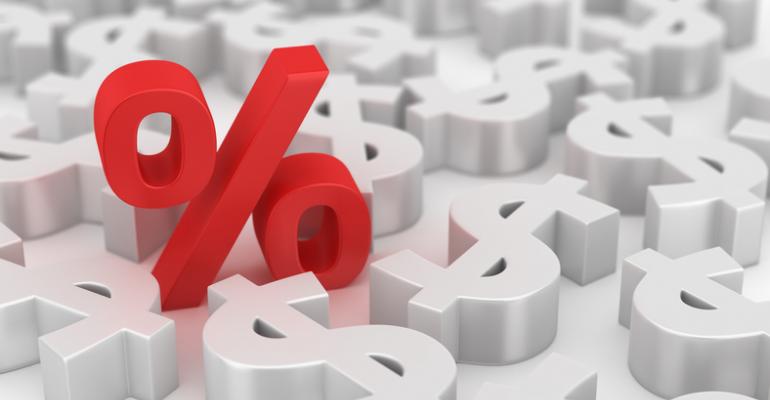 The Fed’s Interest Rate Cut Could Boost Industrial Sales. Or Disrupt Them.

While the rate cut will lower hedging and borrowing costs, it can also drive values even higher in an already highly valued sector.

Can the new interest rate cut lead to an asset bubble in the industrial sector? Or will it result in more sales?

The Fed cut the federal funds interest rate Wednesday by a quarter of a percentage point to about 2.25 percent to protect the U.S. economy from an economic slowdown. As justification for the first rate cut since the height of the Great Recession, the Fed cited concerns over the slowing global economy and trade war with China.

In the short term, “commercial real estate investors will likely take the decision as a signal to continue buying property, even at lofty valuation levels,” says Ryan Severino, chief economist with real estate services firm JLL. “This could extend the trend real estate markets worldwide have seen during the last decade, with investors piling into the (industrial) asset class amid a hunt for higher yields and stable returns.”

In the longer term, however, Severino says the rate cut “risks widening the rift between market expectations and the underlying economic reality, which could form the seeds of an asset bubble. Since we did not see a strong chance of the economy backsliding into negative growth over the rest of this year, if there was no cut, the risks associated with the Fed’s decision may be greater than any boost to the market.”

For example, industrial property type would normally be the first sector to be affected by a trade war, but demand for industrial properties remains strong, vacancy is low, rents are still growing, and the development pipeline is robust. Unless there is negative sentiment over trade that causes companies to pull back on investment and hiring, consumer spending and e-commerce growth will likely keep the industrial sector strong, Severino says.

“It’s really fear and uncertainty over trade policy that exacerbated the loss of momentum [in the broader economy] in the first half of this year. Underlying momentum, particularly in the labor market, is still stout,” he adds.

The big question is how will that uncertainty impact investor and developer behavior? “We saw a dip in industrial sales in second quarter of 2019,” says Severino. “We need to see another quarter to understand if it means anything, but uncertainty makes companies circumspect about the future.”

One downside is that the lower interest rates will make industrial assets more valuable at a time when high pricing is already having a negative impact on sales, he notes. “Real estate valuations already sit at or near record-high levels, while cap rates hover at or near record-low levels, so the market is hardly deteriorating. Investors are sitting on dry powder because they can’t make their target return at the high prices, and so waiting to see if there will be a recession or reset.”

Carlock admits that “it’s a pricey and frothy market,” but still says the rate cut could boost investment activity, because of lower borrowing costs.

With bond returns down, institutional asset managers have increased allocations to real estate, and equity mangers need to place capital, he notes. “It’s getting harder to find opportunistic deals in primary markets with prices where they’re at,” but investors can still find value in secondary and tertiary markets, as distribution facilities perform as well in Des Moines and Dallas as in San Francisco and New York due to e-commerce demand.