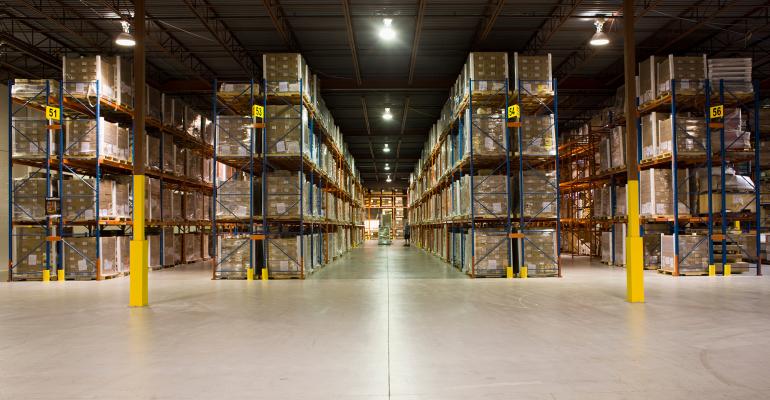 Every Type of Investor Is Looking into U.S. Industrial Properties

In addition to the usual suspects, ultra-high-net-worth investors and foreign entities are making more industrial bets.

Driven by the pandemic, acceleration in online shopping and an increase in onshoring of manufacturing, demand for industrial space continues to outpace supply in many markets. Over the last couple of months, a significant number of large industrial portfolios and complexes changed hands, as institutional and private investors from both the U.S. and abroad, including equity funds, placed capital in this sector.

Kendall adds that there are a number of ultra-high-net-worth family offices that are actively pursuing industrial, as well as a new group of investors that are divesting of other property types—hotels, office and retail—to re-channel their money into industrial, in many cases for the first time.

While investors’ targeted internal rate of return (IRR) for industrial assets varies by market and investor, core buyers are accepting all-cash IRRs in the mid-5 to mid-6 percent range, according to Kendall. Value-add investors are targeting IRRs of 8 percent or greater (in the mid-teens with leverage), and core plus buyers are looking at returns somewhere between 5 and 8 percent.

Blackstone Real Estate Income Trust—a REIT launched by private equity giant the Blackstone Group—completed two huge industrial deals over the last couple of months, including the sale-leaseback of 13 properties from Iron Mountain for $358 million, Globest.com reports, and a $636 portfolio of U.K. warehouses owned by Prologis, according to The Times.

In a transaction involving a foreign buyer, Stockbridge Capital Group partnered with National Pension Service of Seoul in Korea to acquire a 23-property U.S. logistics portfolio, with a total of 14.3 million sq. ft. of class-A facilities nationwide occupied by tenants such as Amazon, Walmart and Target, for $2 billion, reports the Los Angeles Times.

More large industrial deals are in the works and expected to close by year-end and in the first quarter of 2021, according to Dallas-based Jack Fraker, vice chairman and managing director with CBRE Capital Markets.

For example, according to Bloomberg, global investment management firm KKR & Co. is nearing a closing on a $800-million deal for a portfolio of 100 warehouse properties.

By and large, most of the recent big deals came together during the pandemic, according to Kendall, with some deals fully marketed and others getting done off-market, directly between buyer and seller.

According to Fraker, however, these big industrial transactions are not driven by the pandemic. Rather, they are the result of strong property fundamentals in the sector and some of these deals were in the works prior to the arrival of COVID-19. That being said, he notes that COVID-19 has had a positive influence on the industrial real estate fundamentals, including outsized demand for warehouse space and rent growth, resulting from both an acceleration in online shopping and tenant concern about merchandise shortages that caused them to lease extra space for “just in case” stock.

Other trends driving industrial acquisition activity include barriers to new development in certain markets, population growth and rising construction costs. While the average cap rate on industrial transactions nationwide is at about 5 percent or lower, Fraker notes that in markets with high barriers to entry, including Los Angeles, San Francisco and New York, cap rates can be significantly lower than that number. Major investors are willing to buy into these low-yield markets because the barriers, which include geographic limitations and government regulations (including entitlements, zoning and environment requirements), keep rents rising, as population grows and demand for distribution space increases, he says.

While the majority of capital  in investing in U.S. industrial markets is coming from domestic players, more global investors are entering the U.S. industrial sector or expanding their industrial portfolios, says Fraker. In the past foreign investors had to buy CBD office assets in gateway markets to put large amounts of capital to work, as industrial did not present large-scale acquisition opportunities with its low price per sq. ft.

“These types of investors like opportunities of scale—the bigger the better,” Fraker notes. “So, it’s easy to understand that now with big industrial portfolios offered, they can invest a lot of capital in one fell swoop, which is why we’re seeing big deals like this presented by smart aggregators.”

According to Fraker, about one-third of all foreign money invested in U.S. industrial real estate is coming from Canadian investors, followed by German and Asian players, including Singapore, Korea and Japan. Japanese investors are mostly funding new industrial development, while Asian and German investors are focusing on class-A, single-tenant, net-lease assets with long leases and quality credit tenants.

“With many investors under-allocated to industrial, there remains an overall lack of product coming to market, which makes the environment hyper-competitive for the assets that do come to market,” says Kendall. “The sellers tend to be closed-end funds with a definitive timeline in which to sell; merchant builders that have developed buildings and leased them and are looking to monetize; and value-add investors that have executed their business plans, added their value, and are looking to cash out.”

Over the last year, the REIT has been selling off its legacy assets to focus on digital real estate and digital infrastructure. In 2019, Colony Capital sold Blackstone Real Estate Partners IX its Colony Industrial division, which owned and operated 465 infill distribution and logistics assets in 26 U.S. markets, for $5.9 billion.

Meanwhile, Starwood Real Estate Income Trust, a Maryland-based REIT, acquired a large multi-tenant industrial portfolio of assets in Arizona, Nevada and Utah from EJM Development Co. for about $275 million, according to an NREI source.