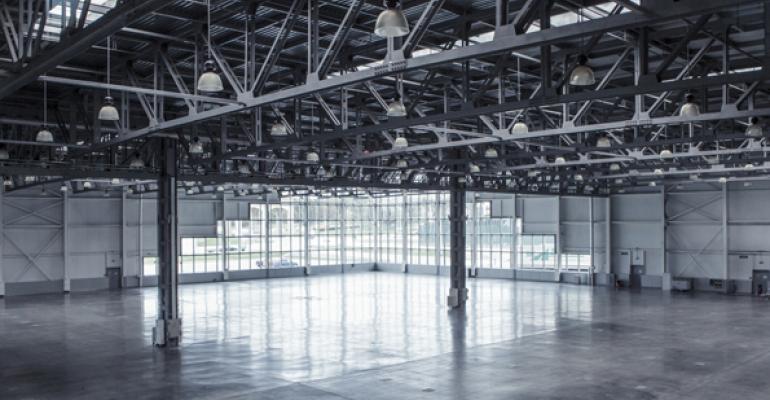 Robust development activity is partly due to the industrial vacancy averaging just 5.2 percent for the second consecutive quarter, Mularoni notes. He attributes the trend to increasing demand from e-commerce tenants.

E-commerce sales have increased by 16 percent year-over-year and now account for 9 percent of all U.S. retail sales. E-commerce also accounts for about 12 percent of industrial leasing activity and an additional 22 to 30 percent of indirect leasing through closely tied logistics, distribution and 3PL channels.

“E-commerce continues to take a larger share of the industrial pie,” says Mularoni. “While 9 percent doesn’t sound like much, it’s pretty substantial considering it is growing so quickly and driving new development.”

He suggests that this is just the beginning of exponential growth in e-commerce and will continue to have a significant impact on industrial development for the next few years. One of the biggest drivers for new industrial projects is the need to put distribution facilities closer to consumers, he notes.

Over the last few quarters an average of 70 percent of all new industrial development has been done on spec, Mularoni notes. “This is proof of investor/developer confidence in this sector’s [strength],” he says, pointing out that more than 29 percent of new speculative industrial product coming to market during the first three quarters of the year was leased by the time it was completed.

The greatest growth in new industrial development is taking place in six markets with high population density. These include: Southern California, particularly the Inland Empire; Dallas; Chicago, New Jersey; Atlanta; and Pennsylvania, from the central part of the state to Philadelphia.

Due to e-commerce being the driving force behind new development, site selection for industrial facilities has switched from location of material resources to availability of labor. Quinn notes that “total landed costs” vs. the cost of real estate now figure into location of new distribution hubs. These includes the availability and cost of labor, taxes or tax incentives and cost of utilities, as well building costs.

Demand for “last mile” distribution space is also creating opportunities for developers to redevelop or replace older facilities within urban markets with new product. Mularoni notes. That type of industrial space is more expensive to redevelop, but users are willing to pay higher rates to be closer to their customers.

With a tightening market, the average asking rent for modern industrial space reached an overall record high of $5.40 per sq. ft. in the third quarter, according to JLL. In spite of an increasing amount of new product, rents are likely to remain at record highs in the coming quarters. In fact, the asking rate in certain markets, including Southern California, where vacancy averages 3 percent, is already up to $6.15 per sq. ft. for newer class-A space, according to Colliers International.