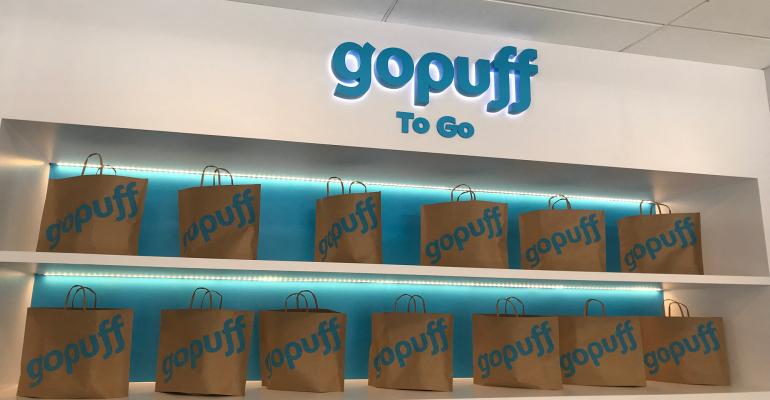 The rapid delivery company plans to close 76 warehouses across the U.S., representing roughly 12 percent of its network, as it consolidates in some cities.

(Bloomberg)—Gopuff is slashing 10% of its global workforce and closing dozens of warehouses in a bid to rein in spending amid a deteriorating global economic backdrop.

The job reductions will affect about 1,500 staff members, a mix of corporate and warehouse employees in the US, according to a memo to investors viewed by Bloomberg. It’s the second time in four months the embattled rapid delivery company has eliminated positions. It cut about 3% of jobs in March and shelved plans to go public.

Gopuff also intends to shutter 76 warehouses, roughly 12% of its network, across the US to consolidate its footprint in some cities, according to the memo. The measures reflect a sharp reversal for the fast-growing startup which, for the past two years, prioritized expanding at breakneck speed.

Gopuff was valued at $15 billion last July and generated just under $2 billion in revenue in 2021 with order volume jumping 70% compared with 2020. That increase, however, has come at a cost. A key contributor to Gopuff’s spending is establishing new warehouses. Each location costs an estimated $250,000 to launch, people familiar with the company’s plans said, and about half of Gopuff’s roughly 600 warehouses were launched in the last year. The efforts to streamline expenses represent an acknowledgment that the company, emboldened by the pandemic-fueled boom in delivery, expanded too much, too quickly.

The Philadelphia-based startup’s retrenchment also underscores the dramatic shift in sentiment in the rapid delivery sector, into which investors poured $9.7 billion globally in 2021. With VCs moving away from the “growth-at-all-costs” model, proving that the economics of instant commerce can work in a post-pandemic world is a looming question for Gopuff and its competitors. German startup Gorillas Technologies GmbH is exploring options for the sale of its business or mergers with rivals as it struggles to raise capital, while Fridge No More and Buyk Corp. went out of business earlier this year.

Through reduced spending, a culling of lower-performing warehouses, and a focus on higher-margin revenue streams like advertising, Gopuff is aiming to be profitable by 2024.

“These shifts are not only accelerating our timeline to profitability, they are taking us back to our roots of keeping profitability at the core of every decision,” Gopuff Co-Chief Executive Officers Yakir Gola and Rafael Ilishayev wrote in the letter.

Across its network of warehouses, Gopuff is generating 88 cents, on average, of earnings before interest, taxes, depreciation, and amortization, per order, with older locations making as much as $3, according to an internal investor presentation viewed by Bloomberg. A location generally becomes Ebitda positive after six months, according to Gopuff’s estimates, and begins to generate more than a dollar in earnings after 18 months. However, a wide swath of those warehouses are still less than a year old. Gopuff contends that by using freed-up cash on newer but high-performing warehouses, it can speed up the time it takes for them to generate a profit as orders are spread out over fewer facilities.

One market Gopuff expanded too quickly in was New York, Ilishayev said in an interview. “It's the volume that you're siphoning from building to building because you haven't reached economies of scale. If you have one building instead of two, you can achieve profitability quicker,” he said. Gopuff will close five out of its 24 warehouses in New York.

In March, Gopuff’s cash position was $2 billion. At the end of this year the company estimates it will have enough capital to sustain operations for four years, according to the memo. Gopuff expects the reduction in overhead to save about $100 million each year over five years.

However, future growth prospects are also clouded by concerns that rising inflation and a slowing economy could weaken demand. Sales as of May are up 76% compared with last year but, given the economic environment, Gopuff leadership doesn’t expect this level of growth going forward, according to the people familiar with its operations.

In Europe, Gopuff will also be “re-evaluating” their presence in France and Spain to double down on the U.K. as part of its plan to become profitable.

To contact the author of this story: Jackie Davalos in New York at [email protected]